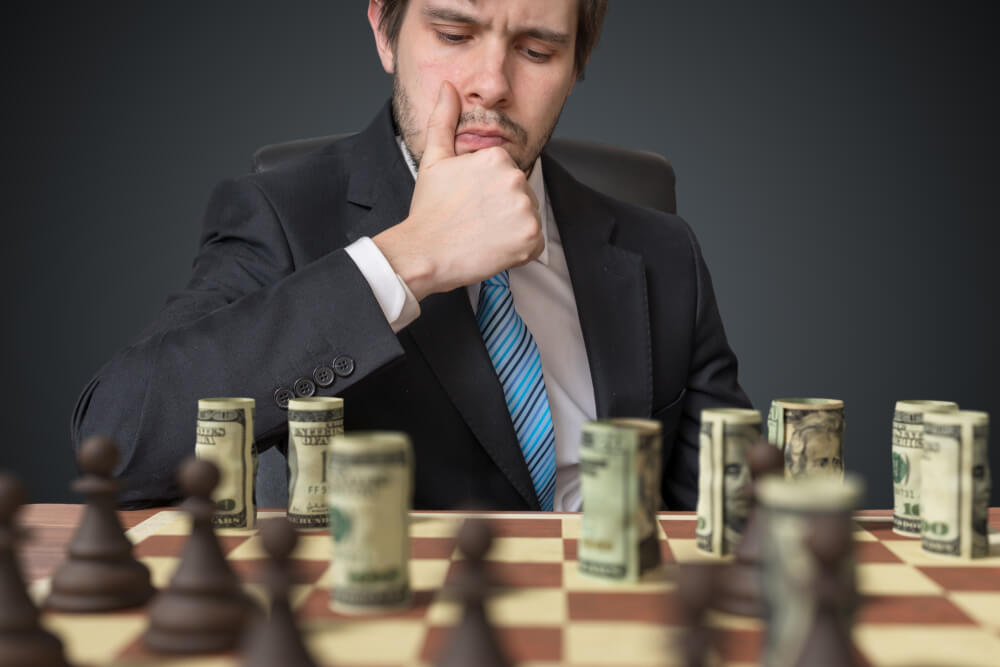 Be careful what you wish for!

For most of 2022, inflation was the biggest concern for investors. Apart from making life difficult for ordinary Americans, persistent high inflation has forced the Federal Reserve to raise interest rates and shrink its balance sheet at a relentless pace. Slowing inflation is the Fed’s only mission right now.

Well, we got some positive news on that front earlier this month!

This should be fantastic news… The market reacted in a huge way to the news. The S&P 500 jumped 5.5% in its biggest one-day jump since 2020 on the day the CPI data was released.

But the overall market has lost momentum since.

As my friend and colleague Charles Sizemore pointed out, news coming out of other pockets of the economy is far less encouraging.

Target Corp. (NYSE: TGT) — which represents middle-class America — cast a pall over the market by announcing it expects earnings to disappoint this holiday season. Pinched by high prices and higher borrowing costs, shoppers are scaling back on discretionary spending and focusing on basic necessities.

Plus, the Fed isn’t done yet. St. Louis Fed President James Bullard called inflation “unacceptably high” in recent comments. That suggests any slowdown in tightening is still a long way off.

One thing to know about me: I shy away from huge macro forecasts. I don’t try to predict where the market is going. Instead, I identify trends that are already in place and look for ways to ride them to profits.

But we can’t ignore the macro environment. In this market, I believe it makes sense to pick our trades carefully and — importantly— with diligent risk management.

With all of that said, what’s working today?

Take a look at my most recent Leaders & Laggards board below. (Note: This is an added benefit of my premium stock research service, Green Zone Fortunes. I give you the best- and worst-performing sectors every week. If you’d like to join and gain access to this research, click here.) 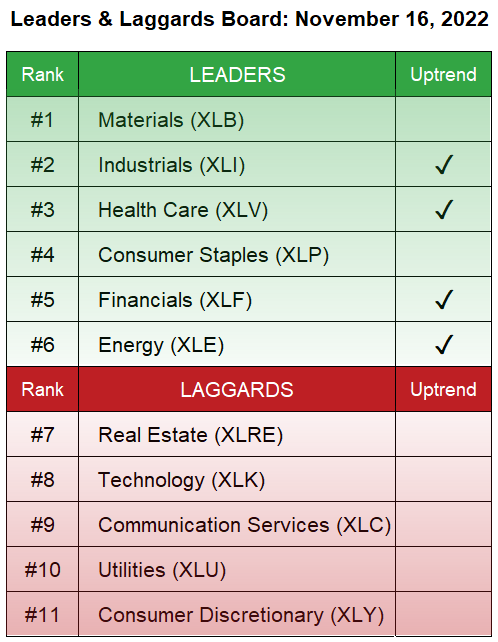 We now have four sectors in confirmed uptrends:

You could say these are sectors to buy as all four are leading the market higher in the short term.

These four sectors have one characteristic in common: None have much exposure to discretionary consumer spending. Given Charles’ comments on Target, that shouldn’t be all that surprising.

But there are other angles here as well.

Health care spending is nondiscretionary in most cases. It also isn’t that sensitive to the economic cycle. If you’re having a heart attack, you’re going to call an ambulance regardless of the CPI inflation rate.

Energy demand is more affected by the overall health of the economy. Energy consumption drops off a little in recessions as travel slows. A slower economy also uses less energy. But energy tends to do well during inflationary times. Any decline in demand during a recession is usually modest and short-lived.

Financial stocks do well during times of higher interest rates, as the spread between the rates at which they borrow and lend widens. Assuming the slowing economy doesn’t cause a wave of loan defaults, this isn’t a bad macro backdrop for the sector.

Industrials are often very sensitive to the economic cycle, which makes their inclusion here somewhat surprising. But this is also a sector with the smallest sensitivity to consumer spending.

I’ve been finding opportunities in each of these sectors throughout 2022.

But in the latest issue of Green Zone Fortunes, it’s energy that has caught my attention again. I recommend a stock that is going to be critical in securing America’s energy independence over the coming years. To find out more, click here to see how you can gain access to my latest recommendation for a company that has a potential American energy monopoly.

Enjoy the rest of your holiday week! 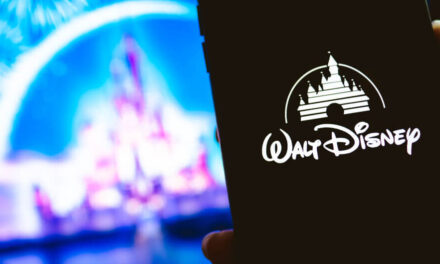 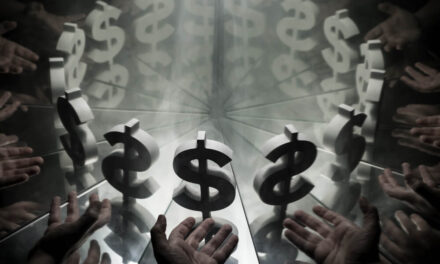