Benedict: A Trading Mentor Can Help You Unlock Success 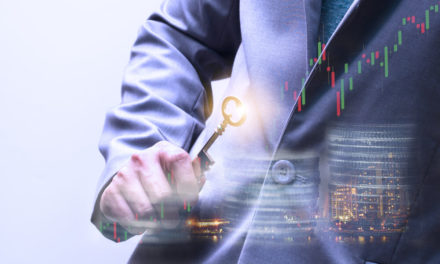 Today, we turn to Larry again with a story about the man who helped him define that career … and a piece of advice you can take away from it today if you want to be a successful trader …

Imagine I strapped you into the driver’s seat of a Formula One car. The engine’s running, the crowd’s roaring and you’re in the front row of the starting line.

Millions of dollars are on the line. You’re surrounded by the world’s best drivers, and your only experience racing is from a go-kart track.

Safe to say you’d be a little nervous. You don’t have the experience you need to succeed at such a high level.

The same goes for trading … You have to work your way up before you can hang with the world’s best traders.

Except this time you’re wearing a headset with Michael Schumacher on the other end, one of the greatest F1 drivers ever. He’s giving you turn-by-turn advice for each curve on the track.

Becoming a trader is like anything in life. If you want to be really good at it, you have to start somewhere. You won’t have 30-plus years of experience from the jump.

And if you want an edge, there’s no better place to start than by learning from someone who’s already paved the way. That way, you don’t go at it alone.

A good mentor provides, first and foremost, a methodology to follow.

Most traders struggle because they have no real methodology. They take positions willy-nilly, with no real concern for position sizing or an exit strategy. It’s a make-money mentality with no firm plan.

To be a successful trader, you have to be able to deal with the finality of a loss on the downside… and know when to take profits on the upside.

Taking a loss is one of the hardest things in trading. But, when you take that loss, you’ve now locked in that loss and have to make it back. If you don’t believe you can make that money back, you’ll never get out of a losing trade. That’s a crucial piece of discipline that’s extremely difficult to just figure out on your own.

Having a mentor to show you how to execute trades, when to get in and when to get out, and control your emotions, will help you develop the ability to take a loss and move on.

I’ve had a few mentors throughout my career. But one sticks out … because he saved my career.

When I started out on the trading floor, it was common that most floor traders didn’t go to college. They just learned everything on the floor. So, while I went to college, my colleagues had the advantage of four years on the floor over me. I was blind coming in. I had no idea what was going on.

As I continued to grow, I was drawn to the traders who were outliers … The one or two guys who were really good. They were able to consistently grow their positive P&L (profit and loss) and put on larger position sizes.

One of those guys was Larry LaVecchio. I worked under him at the firm Spear, Leeds & Kellogg. He was the best mentor I ever had, and a lot of it was due to his wisdom and age. I was just 27 or so at the time, and he was in his mid-30s.

He taught me discipline that I never had. I’d watch him and be in awe of not just his performance, but how calm, measured and unemotional he was …

Meanwhile, I was like a wild stallion that was out of control. I had the “it” factor, aggressiveness and the will to win … but I didn’t understand how to make it all work together.

LaVecchio was really aggressive, but also incredibly disciplined. He knew when to take risks, and how big of a risk to take. He didn’t overleverage his trades, and never let his emotions get ahead of him.

That’s really why I say he saved my career. Before I met LeVecchio, I was just throwing all of my money into one trade, swinging for the fences … and usually missing.

It’s not easy to bounce back, time after time, after you’ve lost it all. And I probably would have continued to do that until I was out of options, had LaVecchio not pulled me under his wing.

The critical thing he taught me was the importance of position sizing. Where other traders would throw too much money into trades, hold on to losers too long, freak out at their massive losses and stagnate, I learned to cut my losses early. After booking some wins, I could size up to bigger and bigger levels comfortably.

My advice for any new trader is to be eager to grow. That’s the key to trading. I didn’t start out doing 50-70 trades per day like I do now. I started out with just one trade per day. My position sizes were extremely small, meaning I put a very small percentage of my overall capital into each trade.

Then, I started to get better. I started accumulating one small win after another and started adding more trades each day and sizing up my positions. But I had to watch someone else do it to learn that. I had no other experience to draw from.

All this is to say you don’t have to go it alone when you’re learning to trade. Find someone whose performance you find impressive … whose ideas you agree with … and find a way to learn from them. 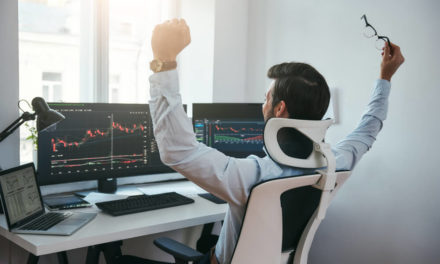 Benedict: How You Can Become a Successful Trader