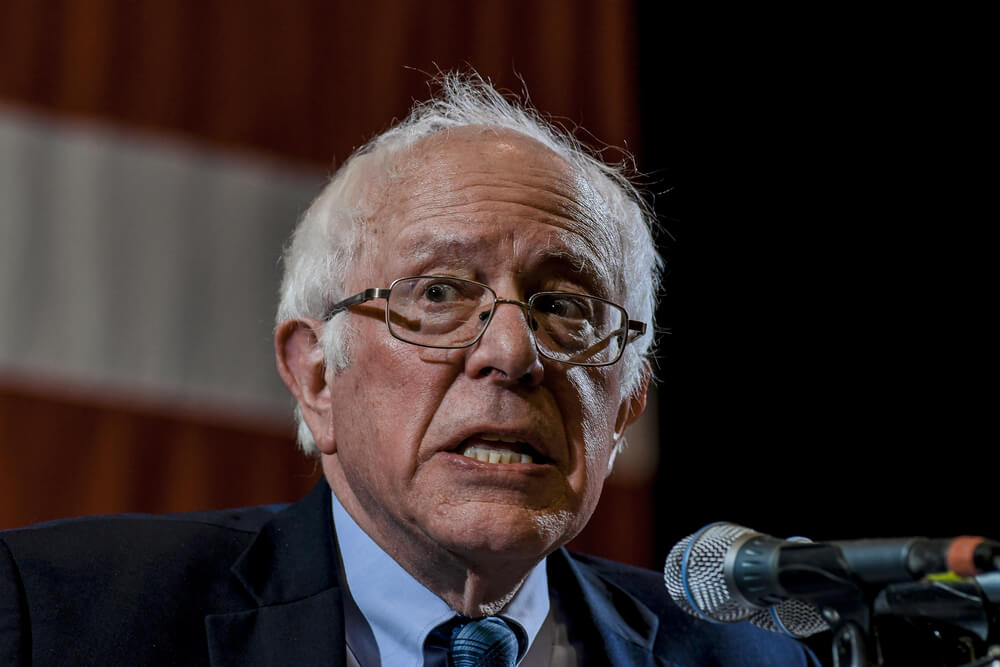 Bernie Sanders is the latest to throw his hat in the ring for hammering the rich with higher taxes, proposing a massive hike to the estate tax and a 77 percent tax on income above $1 billion, eliciting the perfect response from economist Peter Schiff.

“Bernie Sanders has upped the bid. He wants the government to confiscate 77% of the value of estates in excess of 1 billion dollars. That means large private businesses will not survive a generational transfer. They will die with their owners, along with the jobs they provide.”

Surprisingly late to the let’s-tax-the-rich party that’s been going on among those on the far left, Sanders’ “For the 99.8% Act” would tax the estates of those who inherit more than $3.5 million, which is about 0.2 percent of the population, according to the Senator and presidential hopeful from Vermont.

The current estate tax applies only to people who inherit more than $11 million after tweaks made as part of the Tax Cuts and Jobs Act passed by Republicans in 2017.

Recent polling shows that most Americans favor raising taxes on the rich.

The Post, citing Sanders aides, said the plan would raise $2.2 trillion from 588 billionaires, although it is unclear how long it would take to raise the money. Over the next 10 years, however, Sanders staffers told the Post the levy would reap $315 billion.

Sanders’ plan would restore the estate tax rate to levels not seen since the 1970s. Earlier this week, Republican Sens. Mitch McConnell, Chuck Grassley and John Thune introduced a plan to repeal the estate tax, calling it an “unfair death tax.”

“Incredibly, Republican leaders in the Senate have introduced a bill to repeal the estate tax for the richest 1,700 families in America. That’s absurd,” he tweeted. “From a moral, economic and political perspective our nation will not thrive when so few have so much and so many have so little.”

However, as Schiff pointed out in a Facebook post Thursday, proposals like Sanders’, Elizabeth Warren’s “wealth tax” and Alexandria Ocasio-Cortez’s “Green New Deal” plan would do far more harm than good.

Warren, D-Mass., has proposed a “wealth tax” of 2 percent on Americans with assets above $50 million, and a 3 percent tax on assets above $1 billion.

Ocasio-Cortez, an unabashed Democratic Socialist and 29-year-old freshman member of the House from New York, has proposed a 70 percent tax on earnings above $10 million. The tax increase would help fund her “Green New Deal” plan to combat climate change.

Billionaire Ray Dalio said at the World Economic Forum in Davos, Switzerland, that Ocasio-Cortez’s idea is catching on, but Schiff notes that such high taxes amount to “confiscation” by the government, and that the tax thresholds being proposed are only the beginning of a move to finance the far left’s socialist agenda.

“Bernie Sanders has upped the bid. He wants the government to confiscate 77% of the value of estates in excess of 1 billion dollars,” Schiff wrote on Facebook. “That means large private businesses will not survive a generational transfer. They will die with their owners, along with the jobs they provide. If you think it’s OK for the government to steal 77% of wealth over $1 billion because it doesn’t affect you think again. Not only will the $1 billion number quickly move lower, but the inflation created to finance the socialist agenda will subject far more estates to that rate!”