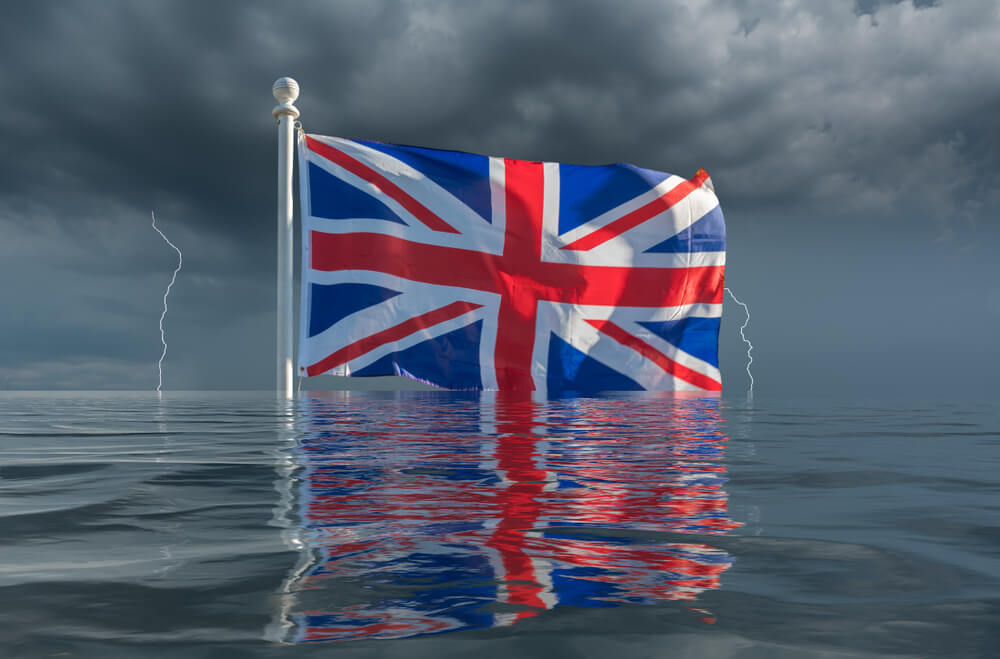 There will be no resolution to the differences between the U.S. and China while Trump is in office.

If you think the Brits have lost their minds over Brexit, you would be wrong. Everyone involved is acting with complete rationality, playing the cards they are dealt.

These political machinations may seem obtuse but they will have enormous effects on the economic futures of the U.K. and the EU. Investors need to understand what is really happening to position themselves properly.

Johnson had no clear mandate to govern and is only Prime Minister because Corbyn refused to call a general election when he had the chance back in June. He didn’t do this because while he may be a pathetic Marxist, he’s not a complete fool.

The European election results were clear to everyone that if a General Election occurred, Nigel Farage’s Brexit Party and the Conservatives would command an unassailable majority in the House of Commons and Brexit on British terms would commence.

That dynamic is still in play today, and that’s why Corbyn’s Labour Party abstained from Johnson’s call for a General Election.

Johnson lost all of his votes because Parliament is convinced he is trying to pull the U.K. out of the EU on WTO trading terms, the so-called “no-deal” Brexit. This is because a majority of MP’s are Remain but lying about it.

Johnson was blocked by parliament again from his stated goal of Brexit delivered on Oct. 31 with or without a deal by passing a bill that requires him to accept an extension of at least three months or longer if the EU demands it.

The EU will demand it.

What Johnson did by forcing the situation to this point was to finally force the Tory Remainers out in the open fully, such that he could expel them from the party. It cost him his majority. It should have cost him the confidence of parliament.

But, again, parliament doesn’t have the people’s support. So now he is free when an election comes around, which it will, to remove more than 20 of the most senior Tories from the House of Commons and secure his government.

To unblock the Brexit conundrum, Johnson had to break the deadlock in parliament. Strategically, that was his first major move.

To do this he had to accept the humiliation of the bill passed this week. He also had to force Labour out into the open by giving them the opportunity to seize power.

Their dithering has also been put to bed. No more virtue signaling. No more two-faced lying. This is the true face of the opposition. To stop Brexit, these people will destroy the vestiges of representative government.

This week’s events were acts of vandalism.

Corbyn, for his part, looks open to a deal on a general election but his Shadow Cabinet, who have been undermining him all year, are the problem.

The situation is highly fluid and it could turn on a simple difference between the U.S. Congress and the U.K. Parliament.

Congress is a law-making body. It legislates, and absent a presidential veto, the executive branch executes the legislation.

Parliament is a law-advising body. The Government proposes legislation: The Houses discuss and amend it and send it back to the Government, which then presents it to the Sovereign — the Queen — to put into law.

Because of this difference, when Parliament seizes control of the floor, any legislation it forces onto the government still has to be taken by the government to the Queen. If the government refuses, it opens itself up to a vote of no confidence and the government could fall in a general election.

Now go back to the beginning of the article. Parliament doesn’t represent the current polling. The opposition is the one without the mandate and they know it. Otherwise they would have agreed with the government’s bill to call an election before the Article 50 deadline of Halloween to seize power and stop Brexit.

So, Parliament putting forth a bill that the government doesn’t agree with but who still has the confidence of the House of Commons is under no obligation to present the bill to the Queen. Johnson can simply sit on it and dare Corbyn, et al., to remove him from office.

Don’t take my word for it. Mike Shedlock has a brilliant post covering this with extensive attribution to British legal authority. Read it carefully. In fact, former Chancellor under Theresa May, Philip Hammond, alluded to the possibility of a legal challenge being necessary to get this bill passed into law.

Hammond knows what Johnson will do next — he said as much on the floor of the House on Wednesday.

What this means is that Johnson has set the trap for a general election or to run out the clock and allow this bill to wither and die. Either way, a no-deal Brexit is the default outcome.

And all of the column inches spilled shoveling dirt onto Johnson’s political grave are actually feathers for his bed.

For investors, continue to expect a no-deal Brexit as the default scenario. That will mean further weakness in the euro and the British pound versus the U.S. dollar. It will mean even stronger flights to quality. With the headlines that the U.S. and China are headed back to the negotiating table, that may still be just another head fake. Trump is hoping China will fold.

So Trump is prepared to decouple our economies.

There will be no resolution to the differences between the U.S. and China while Trump is in office. Brexit is still the potential near-term catalyst. And there are trillions at stake.

August’s closing prices were confirmatory of this thesis as the euro closed below the Maginot Line of $1.11 and the U.S. Dollar Index closed above a similar line at 98.5. These are monthly closing prices, so they hold a lot of weight.

Also, my call a few weeks ago about the pound/euro cross was slightly early thanks to a random tweet by Trump in early August. But that now has all the markings of a false move up that has reversed. The pound is now strengthening against the euro as the markets come to terms with Brexit.

If a no-deal Brexit happens, the markets will punish the Brits for being so stupid. It will be as predictable as the sun rising in the east. It will also be the climax in weakness for the pound and British stocks. I wouldn’t be surprised to see the pound drop to $1.10 before reversing hard.

The EU will not negotiate a new deal with Johnson. The Remainers leading the opposition in parliament know this. It is their job to stop Brexit entirely or force the May Withdrawal Treaty back on the table as a backup. If Johnson wants to win a general election, he needs Nigel Farage.

Farage will accept nothing less than a no-deal Brexit. He is in the commanding position if Johnson’s plan is what I’ve outlined.

The headlines have Brexit hanging by a thread.

The reality may be far different.