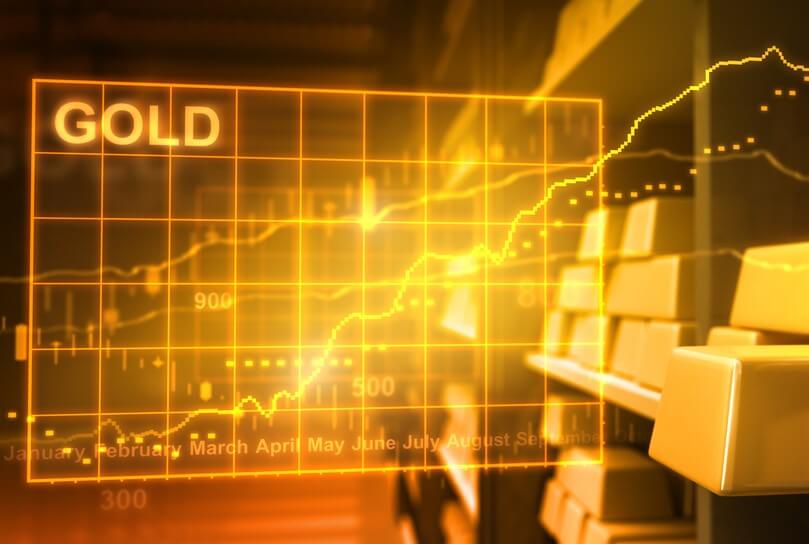 It’s been a rough-and-tumble time for gold investors. It was only just days ago when China said it was close to a trade deal with the U.S. — a deal that involved rolling back tariffs. This news sent investors into “risk-on” mode, and they dumped gold so hard it hit three-month lows.

Economists assure us we won’t have negative rates in the U.S. Yeah. Keep sipping the Kool-Aid, bud.

Then U.S. President Donald Trump pushed back, saying the U.S. HADN’T agreed on tariffs. “They’d like to have a rollback,” Mr. Trump told reporters at the White House. “I haven’t agreed to anything.”

So, what we’ve basically got is a geopolitical version of the “woman yells at confused cat” meme …

After the past couple weeks’ trading action, I thought we were on our way lower to test $1,450, and perhaps $1,410 in gold. And man, I was licking my chops at the idea of the bargains — the screaming, blue-light bargains — we might pick up if gold did test support that low.

After all, we know what the big picture — the megatrend — in gold looks like …

Gold ETF inflows are surging. Yes, this could change at any time. But we have to acknowledge that ETFs are stuffing their pockets with gold like kids at a candy store.

Central Banks are buying hand over fist. Here’s a chart from my friends at U.S. Global Investors that shows ALL demand for gold … 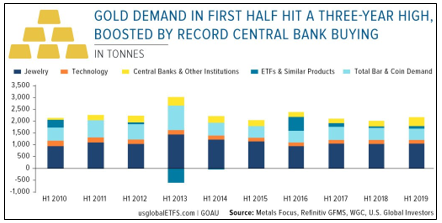 If we want to break out just central bank gold buying, the Financial Times has done that for us … 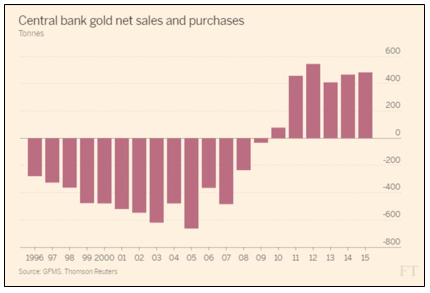 In fact, central bank purchases of gold in the second quarter rose 47% year-over-year. That pushed total demand for gold in the first half of the year to the highest level since 2010!

And that buying continued on to the third quarter, so batten down the hatches. This makes 10 years in a row that central banks are on track to be net buyers of gold.

The global financial system is under incredible stress. Negative interest rates? That sounds like something an economist would come up with if he was trying to write science fiction. But we have those in Europe, Japan and elsewhere.

Some $12.5 trillion of bonds globally — and fully 30% of the developing world’s sovereign debt — currently have negative yields. That’s off its highs, but that shouldn’t reassure anybody.

Economists assure us we won’t have negative rates in the U.S. Yeah. Keep sipping the Kool-Aid, bud.

Oh, and the U.S. yield curve inverted. That’s a reliable indicator of recession. It has since un-inverted, but only after full-bore, one might even say heroic, efforts by the Federal Reserve.

And then there’s the fact that the U.S. federal debt whipped past the $23 trillion mark like Wile E. Coyote on rocket skates.

I attended the New Orleans Investment Conference earlier this month. And I saw one speaker after another make powerful arguments for being long on gold. There were a few bears … but not many. Most are looking at the big picture, and it’s bullish indeed.

So, that’s the big, long-term picture. What about here and now?

One of my subscribers to Gold & Silver Trader is thinking along the same lines. Roger wrote in to ask:

“Gold is down from its recent peak and silver even more. Where are the support lines and when do you expect precious metals to soar again?” 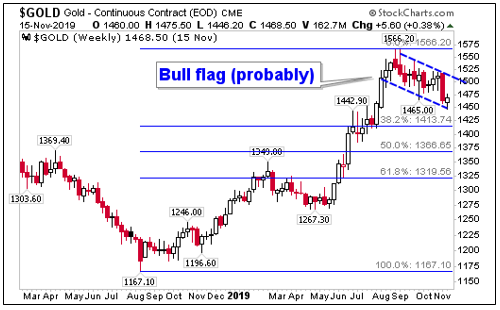 It sure looks like gold is forming a “bull flag” pattern. That could easily take it down to first Fibonacci support at $1,413. And since the market likes round numbers, that makes it more likely that support is $1,400.

Remember, there’s no law that gold MUST go down to test support. It could head higher from here. But this is a bullish chart. Dips can be bought, and a deeper dip could bring us to better buys ahead. 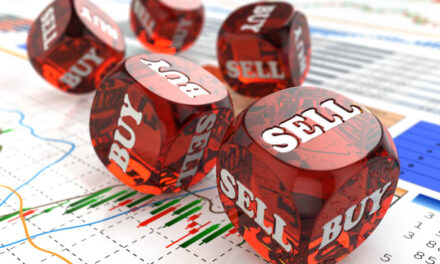 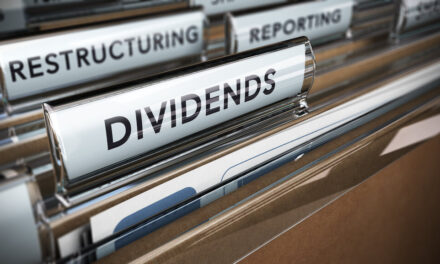