Home » Chart of the Day » If You Want Income, This Chart Has Bad News

If You Want Income, This Chart Has Bad News

Interest rates are low. That’s not news since rates have been low for more than a decade.

The news is that rates are expected to remain low for the next decade.

The CBO says it “is strictly nonpartisan; conducts objective, impartial analysis; and hires its employees solely on the basis of professional competence without regard to political affiliation.”

Lawmakers factor these estimates into policy decisions and use them to craft laws. This means that policymakers are happy with the latest interest rate forecasts.

The CBO expects rates on 10-year treasury notes to remain below 2% through 2025. Long-term rates won’t reach 3% until 2029, according to the latest forecast. Short-term rates are expected to be below 2% until 2030. 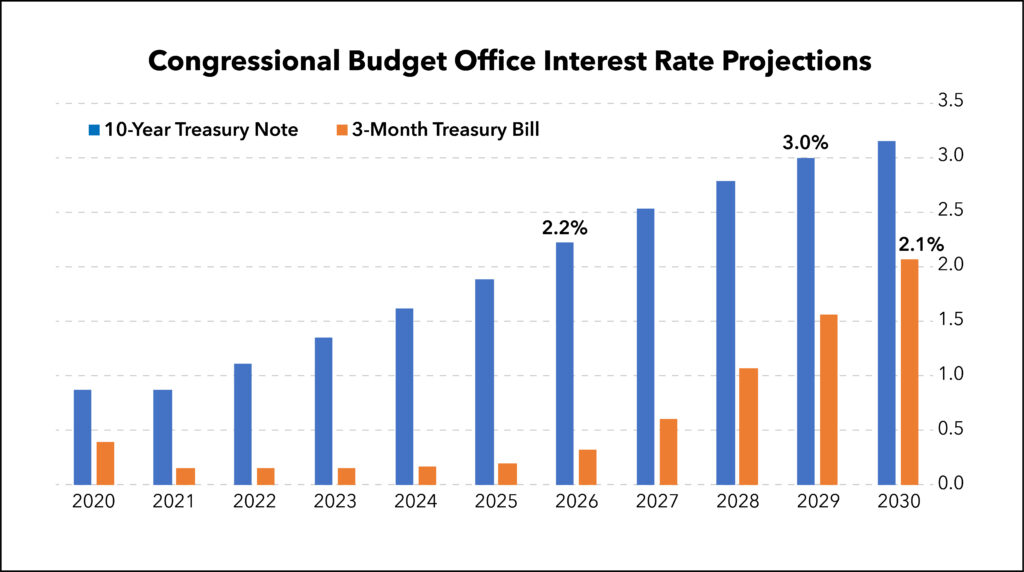 This is good news for Congressional representatives seeking to increase spending. Low rates make it easier to borrow money.

This is bad news for two groups:

If pension funds can’t meet their obligations with investment income, state and local governments may need to raise taxes.

This seems like a lot of bad news. But it gets worse … as the next chart shows.

A History of Being Wrong

The CBO is well respected, but it has a history of being wrong. Official forecasts consistently overestimate the level of future interest rates. 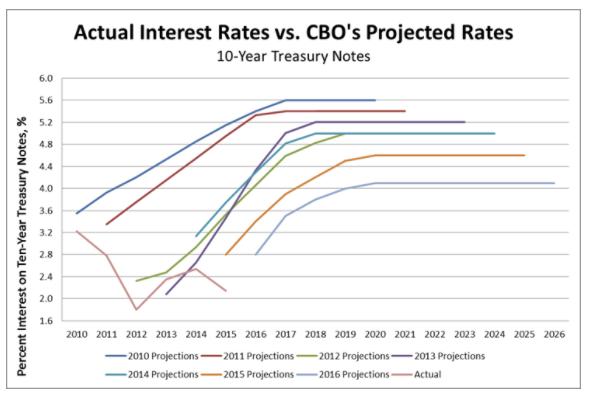 If CBO estimates are wrong, as they traditionally have been, interest rates will be lower for longer than anyone expects. All of the problems that income investors and local governments face will be even worse than expected.

Now, there is some good news to consider. This is a long-term problem.

In the short run, the bull market can ignore this issue and deliver large gains to traders.

Here’s Proof the Economy Has Stalled