Home » Investor News » This Fund Is a Special-Dividend Machine — It Yields 10.5% Now

This Fund Is a Special-Dividend Machine — It Yields 10.5% Now 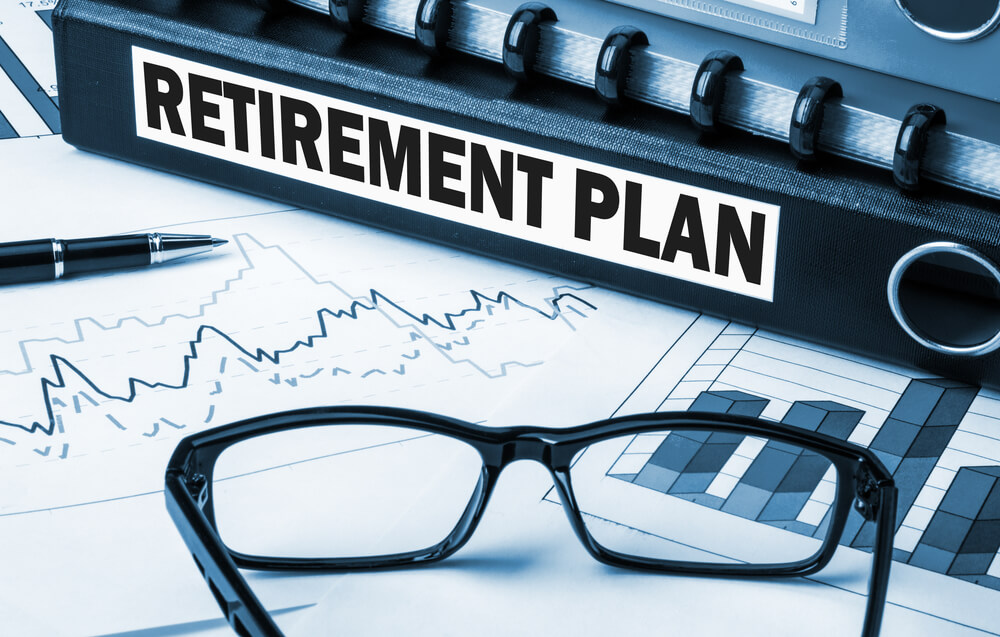 Today we’re going to take a look at an unusual closed-end fund (CEF) that hands us a rich 10.5% dividend that comes our way monthly (and grows!). It sends regular special dividends our way, too.

When you add those “bonus” payouts in, this fund often pays life-changing yields of up to 15%!

The fund in question is the PIMCO Dynamic Income Fund (NYSE: PDI), a dividend titan that should be on any closed-end fund (CEF) investor’s watch list. (In fact, if you’re a subscriber to Contrarian Income Report, a sister to my CEF Insider service, you already know PDI — it recently landed in the CIR portfolio through a merger we’ll discuss a little later.)

PDI’s Assets Are Steadier Than They Look 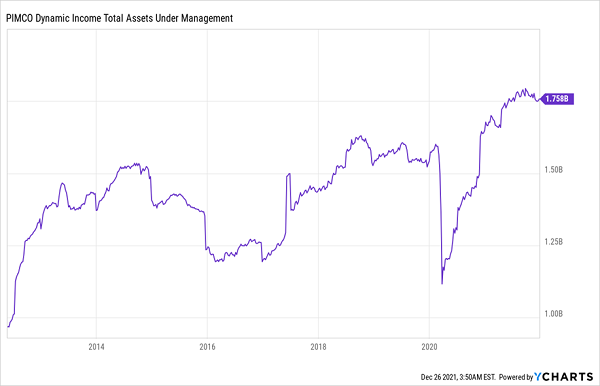 Before we go further, let’s dispel a big myth about PDI — that it can be volatile.

When you look at its assets under management, that appears to be true. But those big dips in 2015, 2016 and 2017 are really just the fund handing its returns over to investors in the form of those big special dividends we saw above. Take those out and you get a much more consistent performance.

And sure, the fund fell hard in early 2020, as did everything in the market panic, which brought PDI’s assets under management to their lowest point since its inception. That, however, turned into a terrific buying opportunity. Today we have another shot in front of us, thanks to that merger I touched on earlier.

A Quick Return to Form 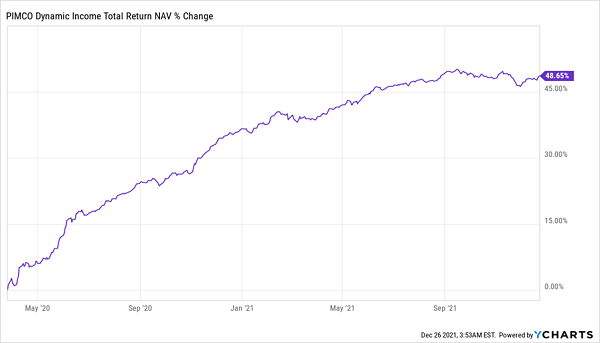 Earlier this year, PIMCO announced that PDI would be absorbing two of its sister funds, the now-defunct PIMCO Income Opportunity Fund (PKO) and PIMCO Dynamic Credit & Mortgage Income Fund (PCI), the latter of which was a CIR holding — and the “new” fund’s laneway into that service’s portfolio.

Both of those funds were easily maintaining their dividends, with about 105% dividend-coverage ratios over the six months prior to the merger, which now means that both are supporting PDI’s own dividends in the newer, bigger fund.

The bottom line? PDI’s regular dividend is safer than ever and, over the next few years, the return of big special dividends, which PDI has prudently held back on during the pandemic, is looking increasingly likely.

That all sounds great, you might be thinking, but what does PDI actually do?

Cashing in on an Investor “Blind Spot”

To put it simply, PDI focuses on a variety of debts, from corporate and government bonds to mortgage derivatives, the latter of which make up a third of the fund’s portfolio — and these are the key to our gains here.

If you were investing during the 2008-09 financial crisis or if you’ve watched the film The Big Short, you might be feeling a wave of nausea right now. Mortgage derivatives, especially mortgage-backed securities (MBSs), were the toxic derivatives that almost tanked the global economy due to mismanagement in the late 2000s.

But while that may make the fund sound like a bad investment, the opposite is actually true. That’s because of something called recency bias, or investors’ tendency to think that the most recent crises will repeat, while ignoring the chance that an entirely different crisis we haven’t seen in a long time, or ever, might come along instead.

Think of the old military saying, “The generals always fight the last war.”

That’s why many investors have snubbed PDI and its huge, safe dividend. That’s too bad for them, as MBSs were regulated following the financial crisis in a way that made them substantially less risky, and further regulations have ensured MBSs don’t explode like they did in 2008.

It’s also why investors weren’t prepared for the COVID-19 pandemic, because the last financial crisis had been barely a decade old, and a pandemic had never severely roiled markets before. (The Spanish flu of 1918 to 1920 had little effect on the stock market then, as the world was much less interconnected than it is today.) 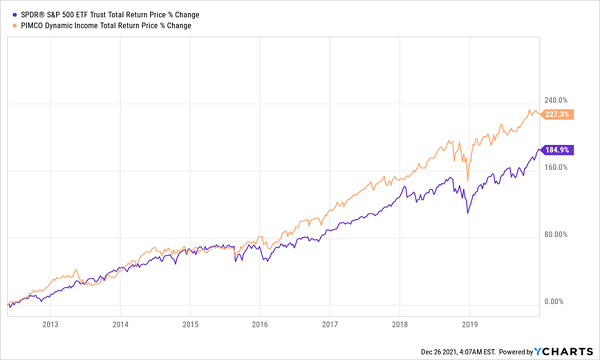 Those who made this mistake lost out on the extra returns PDI delivered before the pandemic, relative to the S&P 500.

However, that outperformance is returning for the second reason this investment is worth a look now: the Federal Reserve. You see, in the 2010s, markets were most significantly impacted by the Fed’s monetary policy, particularly the way it changed interest rates (low in the early 2010s, higher in the late 2010s).

PDI played these dynamics during both regimes better than just about any other fund, because PIMCO is a strong name in CEFs, and the company attracts talented managers who know how to work the Fed’s monetary policy to their advantage.

In 2022 and, l suspect, throughout the remainder of the 2020s the Fed’s hand in the markets is going to be much bigger than COVID-19 was as it begins increasing interest rates and investors focus much more on monetary policy than the pandemic. Proof is already here; while the pandemic caused panic in the markets, the Fed’s swift response meant stocks actually rose in 2020. As the Fed becomes a bigger player, trying to remove all that stimulus without upsetting economic growth, expect PDI to post even stronger gains. 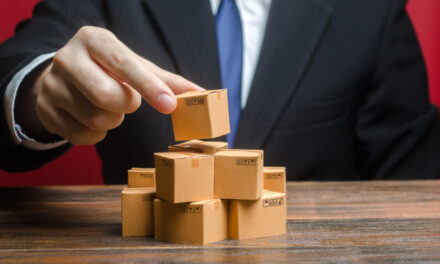 A Bullish Logistics Stock for the $26B Same-Day Delivery Boom 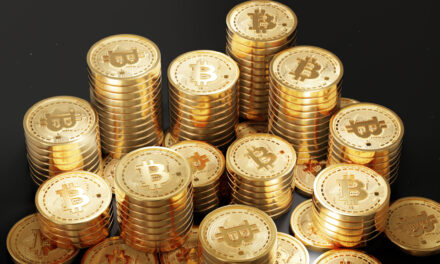