Crazy Is a Numbers Game

“Crazy is a numbers game. Like, if enough people do it, then it’s not crazy anymore.”

“Crazy is a numbers game.”

Note: It could STILL be crazy, but the many people doing it will look at YOU like you're the crazy one… pic.twitter.com/m9cObhA5Gy

The practical applications are limitless. The first person to wear a hoodie to work was, at best, eccentric and, at worst, a slob. But once enough people started doing it, it became the new business casual.

Now, think about the financial applications.

Why does gold have value? It’s a shiny metal. There is no intrinsic value to speak of. Yet gold, without question, has value. Humans have prized it for all of history.

It sounds crazy to assign value to a shiny rock. But when enough people do it, it becomes the basis for a global money system.

There’s no need to pick on gold.

The U.S. dollar — any paper currency, really — is no different. There is no intrinsic value in a greenish piece of paper with the picture of a dead president on it. But if enough people see value in it, it has value.

None of this is a criticism, mind you. I don’t pretend for a minute that I’m somehow above the fray here. But it’s important to keep perspective. You can embrace the madness and even profit from it. Just don’t get sucked in.

Let’s start with the bull market in stocks. If there were ever an exercise in collective madness, it’s the stock market. Otherwise sane people pay prices for public companies that they would never pay in a private transaction.

But that’s OK. It’s the basis for momentum investing, which is one of the six factors in our Green Zone Ratings system for stocks.

It isn’t wrong to chase an expensive stock higher — so long as you have rules in place and know when and under what conditions you plan to sell. Chief investment strategist Adam O’Dell has made a fortune doing exactly that over the years.

And then there’s bitcoin. The crypto, like gold, has no intrinsic value. And unlike gold, you can’t even touch it. It’s not tangible; it’s just blips on a computer screen. You could argue it has value because it’s rare. Its algorithm limits the supply of new bitcoin mined.

But that doesn’t explain why it has value. Plenty of rare items have absolutely no value.

I drove a 1984 Pontiac Parisienne in high school. She died an unceremonious death when my buddy tried to adjust the timing belt and somehow managed to kill the transmission. May God rest her rusty soul.

There aren’t many 1984 Pontiac Parisiennes left on the road these days. Yet I can assure you that if you happened to find one, it wouldn’t be worth much.

This is the world of speculation. It doesn’t always make sense. In fact, it never really makes sense. If markets made sense, then Beanie Babies would have never been a collector’s item.

The Key to Navigating the Mania

The key to navigating the insanity is to have rules.

It’s OK to buy something, no matter how ludicrous it might seem, if you know when and under what conditions you plan to get out.

Maybe it’s a stop-loss order or a specific number of days in the trade. But whatever rules you choose, be sure that you stick with them.

I’ve never met a trader who went broke following their rules. Without a single exception, every trader I’ve ever met who had a serious rough patch got into that situation because they failed to follow their rules or they allowed their emotions to sway them.

Of course, our own Green Zone Fortunes is very much a rules-based system. We choose stocks based on Adam’s objective criteria, and we hold them for a specified period.

We don’t limit ourselves to any one sector or industry. We own gritty industrial stocks, financial stocks, precious metal miners, tech stocks and more.

We are, however, convinced that one mega trend within biotech that Adam calls “Imperium” will be the biggest tech breakthrough since the internet in the ‘90s. 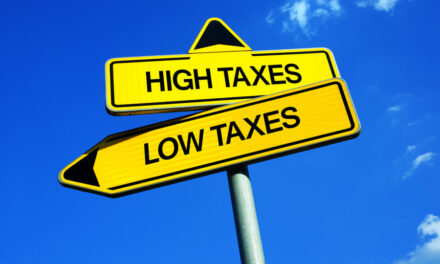