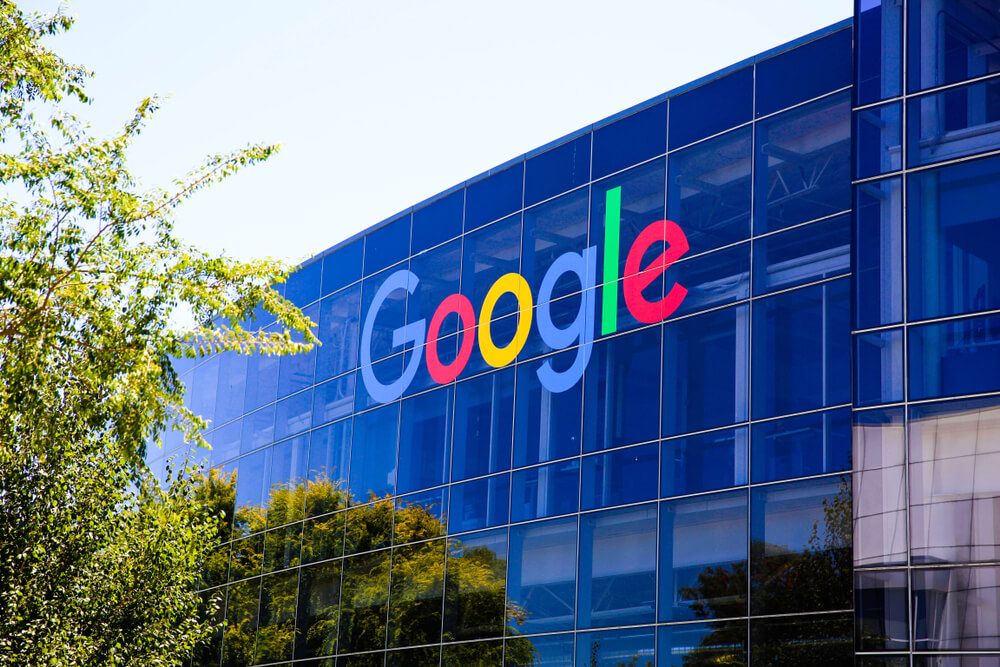 Google parent Alphabet beat analyst expectations for the second quarter Thursday, sending its shares up sharply as it bounced back from a rough first quarter.

The company comforted investors with advertising revenue growth that edged out last quarter and assurances that video streaming site YouTube and the company’s enterprise cloud business continue to drive growth.

The Mountain View, California-based company brought in revenue of $38.9 billion during the second quarter, a 19% bump from the same period last year. The company reported profit of $14.21 per share, or $9.9 billion during the quarter, nearly triple what it made last year when it paid a $5.1 billion European Commission fine.

Analysts polled by FactSet were expecting Alphabet to report earnings per share of $11.10 on revenue of $38.2 billion during the second quarter.

Investors and analysts had been disappointed by slowing advertising revenue growth — Google’s main cash cow — after the first quarter. But their concerns didn’t continue into the next quarter.

Excluding advertising commissions that Google pays to customers, Alphabet’s overall revenue was $31.7 billion, more than the $30.9 billion analysts had estimated.

The company did not disclose anything about federal regulatory concerns in its quarterly report — unlike Facebook, which said Wednesday that the Federal Trade Commission is investigating it for antitrust concerns.

Google is facing mounting pressure from federal elected officials and regulators over a variety of issues such as its market power, misinformation and claims — usually offered without evidence — that its popular search engine and other services are biased against conservative politicians and viewpoints.

The company has repeatedly denied those claims.

On Thursday, the campaign for Democratic presidential candidate Tulsi Gabbard sued Google, alleging the company improperly suspended her advertising account after the first presidential debate. The lawsuit claims the company “silenced” her.

“We are proud to offer ad products that help campaigns connect directly with voters, and we do so without bias toward any party or political ideology,” he said in a statement.

Google is also reportedly under scrutiny from the Justice Department, which announced Tuesday that it would investigate big tech companies for anti-competitive monopoly behavior. The department didn’t name specific companies, but scrutiny has recently focused on Google, Apple, Amazon and Facebook.

Google CEO Sundar Pichai briefly addressed the concerns on a conference call with analysts Thursday. The company is no stranger to regulatory scrutiny, he said.

“Even in the U.S. we have engaged in the process before,” he said. “To the extent we have to answer questions we will do so constructively.”

Google was the subject of an FTC investigation that ended in early 2013 without the agency taking any antitrust action.

Pichai also acknowledged increased conversations about how the company handles user data privacy. He reiterated announcements Google made earlier this year that are designed to give people more control over what information they are sharing, when.

“It’s one of the most important areas we are working on,” he said.

Amazon’s Spending on Quick Delivery Is Squeezing Its Profits

Amazon’s ramped up spending on speedier delivery for its Prime customers helped to accelerate its sales in the second quarter.

But it also crimped its profits.

The Seattle-based company reported Thursday that its sales soared a better-than-expected 20% in the quarter.

Amazon’s guidance for operating income for the current quarter was also well below what Wall Street expected. Its stock slipped about 1.7% to $1,941 in extended trading following the earnings report. Shares climbed slightly and were down only 1.4% to $1,944.65 around 11:40 a.m. on the East Coast Friday.

Executives told analysts that the company spent more than the $800 million it had planned to spend in the second quarter to move to one-day delivery from two-day delivery for its Prime members, who pay $119 a year. The service is now available on more than 10 million items.

The move comes as Amazon faces increasing competition from the likes of Walmart and Target, both of which are speeding up deliveries. Walmart is offering next-day delivery for shoppers in Phoenix, Arizona, Las Vegas and Southern California. It plans to roll out the service to 75% of the U.S. population by year end.

Amazon’s spending on next-day Prime delivery “is an example of short-term pain for long-term gain, and is a necessary strategy to compete with brick-and-mortar’s speed advantage to the customer,” said Moody’s Amazon analyst Charlie O’Shea.

At the same time, Amazon, along with Facebook, Google and Apple, is feeling the heat from government investigations into Big Tech’s market dominance.

The Federal Trade Commission has been conducting an antitrust probe of the companies, and the Justice Department announced Tuesday it is opening a sweeping antitrust investigation of major tech companies and whether their platforms have hurt competition and stifled innovation.

The department’s announcement didn’t name any companies, but it mentions online retail services as an area of “widespread concern.”

The Trump administration, however, did name Amazon on Wednesday. Treasury Secretary Steven Mnuchin told CNBC, “I think if you look at Amazon, although there are certain benefits to it, they’ve destroyed the retail industry across the United States so there’s no question they’ve limited competition.”

The company has buttressed its profits by expanding into businesses beyond selling goods online. Revenue at its cloud computing business, which powers the video-streaming service Netflix, digital scrapbooking site Pinterest and many other companies, rose 37% from a year ago.