Home » Chart of the Day » Traders Are Woefully More Optimistic Than the Federal Reserve, Analysts

Traders Are Woefully More Optimistic Than the Federal Reserve, Analysts

It almost seemed like Federal Reserve Chair Jerome Powell was trying to give stock market investors a reality check Wednesday.

A few years ago, the Federal Reserve refused to even confirm changes in interest rate policies. Now, Powell assures us short-term interest rates will stay close to zero for the next two years.

The Fed will raise rates when the economy recovers, and Powell is indicating that recovery will take at least two years.

Powell also said he expects millions of jobs are permanently lost, but the unemployment rate is impossible to calculate in the current environment. The Fed understands the problem and is committed “to do whatever we can for as long as it takes,” Powell said.

This pessimistic view is shared by analysts who expect earnings to decline for at least the next year. The chart below shows that analysts expect earnings per share for S&P 500 companies to rise sharply in the fourth quarter of 2021. That means five more quarters of declines. 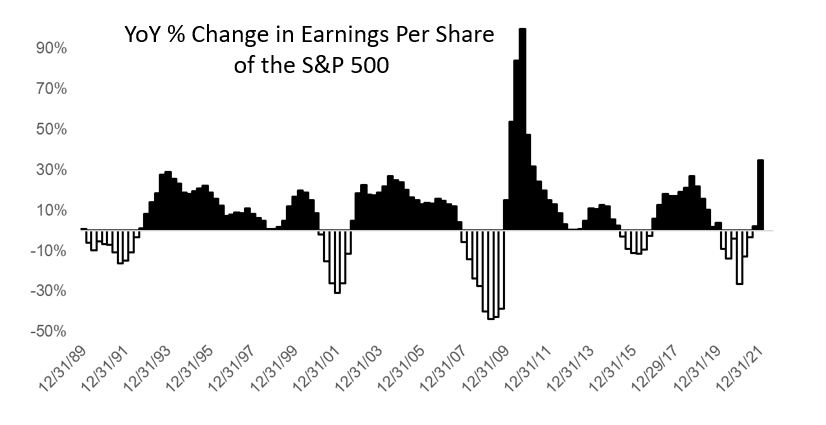 This raises concerns about recent gains in the stock market. Market prices reflect future growth, but the Fed and analysts don’t expect growth.

Powell was unusually pessimistic in his comments. He talked about millions being unemployed. He promised Federal Reserve support for as long as necessary. And he promised at least two years of low rates to allow companies and consumers to plan their purchases.

Analysts are worried and companies are confirming there is reason to worry. Starbucks announced the virus cost the company at least $3.2 billion in sales and warned that profits will be low for at least the next quarter.

Starbucks confirmed that millions of jobs aren’t coming back when management said Wednesday 400 stores are closing, including 17% of its stores in Canada.

It seems as if everyone with detailed information is worried. The only group that is optimistic is traders who are buying stocks.

The next year is going to disappoint those who bought in recent weeks.

Buyer Beware: Millennials Are About to Learn They Know Nothing About Stocks

LULU Highlights Importance of Following Price Action Instead of News