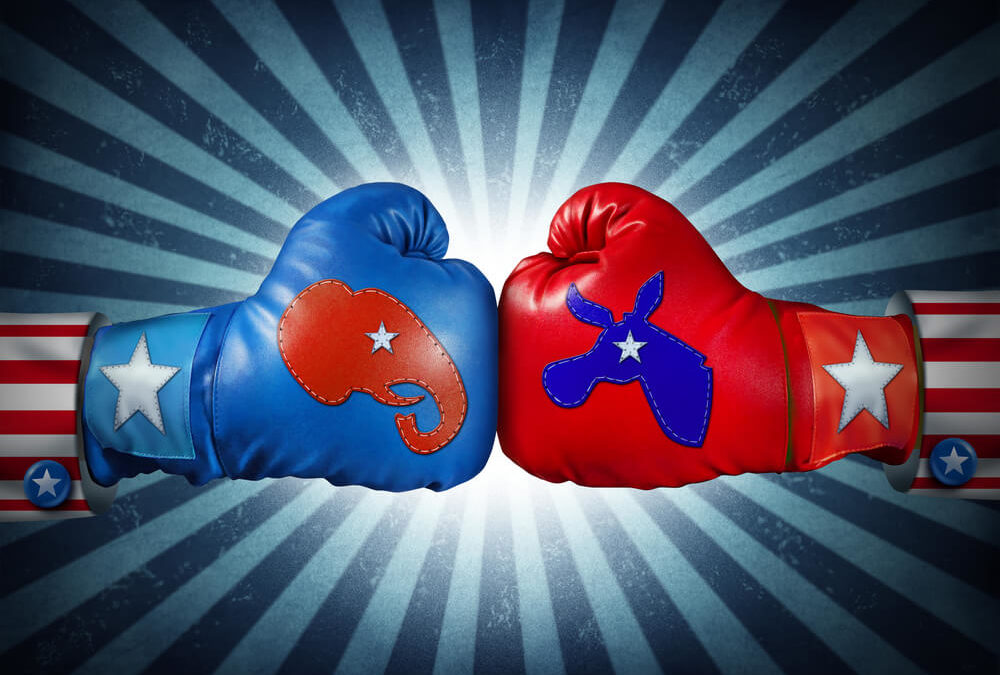 The national debt is continuing to grow with deficits on track to hit $1 trillion and up, but the massive debt isn’t pushing interest rates up or even causing inflation, which remains below the Fed’s 2 percent target.

“This is an Alice in Wonderland world,’’ former International Monetary Fund chief economist Olivier Blanchard said in an interview with Bloomberg.

And it’s a world that Japan has long been familiar with that Europe also is getting used to, and an idea that is prompting U.S. policy makers to reconsider how taxpayer money and interest rates should be handled. The potential pitfalls include even higher government deficits and debt and faster inflation, which goes against everything you learn in a basic economics course. 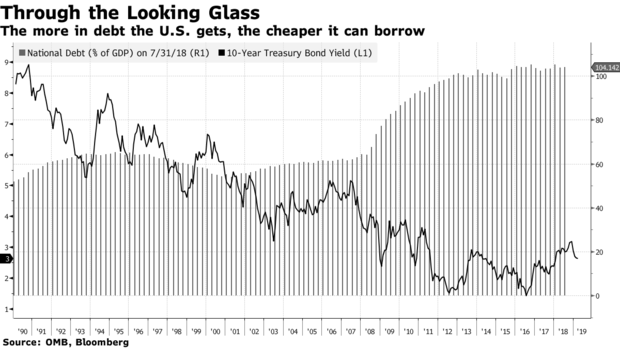 In Congress, there’s a brewing fight over fiscal policy. Progressive Democrats have seized on the growing tolerance of red ink to propose expensive new programs like the Green New Deal championed by New York congresswoman Alexandria Ocasio-Cortez. The political calculus goes something like this: If President Donald Trump can drive up the deficit by cutting taxes for corporations and the wealthy without spooking the bond market, why can’t the Democrats do the same with the spending packages they prefer?

At the Fed, Chairman Jerome Powell and his colleagues are conducting a formal review of how they make policy — and putting a renewed focus on fanning the inflation they complain is “muted.” After raising interest rates four times in 2018, the central bank surprised markets in January by calling a time-out. Investors are now betting the Fed will stay on hold for the rest of this year, and that its next rate move is more likely to be a cut than a hike.

In academia, meanwhile, a debate on the efficacy of government debt is playing out among left-leaning economists. At its heart is something called Modern Monetary Theory — a heterodox economic school that argues the U.S. can run bigger budget shortfalls without worrying about going broke, because it prints its own money.

But such blowback obscures an important point. Even among establishment figures like Summers, there’s a growing tolerance for deficits. In a keynote address to the American Economic Association in January, Blanchard argued that with interest rates low and likely to stay that way, government debt needn’t be a bogeyman.

The Peterson Institute for International Economics senior fellow returned to the theme last week, sketching out this hypothetical scenario to reporters: “It’s 2050, global temperature has increased by 5 percent, the world is coming to an end. And we turn to the kids at that point, assuming we’re still alive, and we say, ‘Look guys, yes, it’s not good, but there is no debt’.”

The Fed has a shorter horizon for its wide-ranging review of strategies, tools and communications practices — an idea borrowed from the Bank of Canada. It’s seeking outside views, and aims to reach conclusions in the first half of next year.

Front and center is what to do about inflation. Powell has ruled out raising the 2 percent target. But he’s also evinced concern about the risk of the U.S. falling into a disinflationary spiral.

That’s what happened to Japan more than two decades ago — with disastrous results. Because the Japanese expected prices to keep falling, consumers put off purchases and companies shelved expansion plans, and zero-rates policy at the central bank failed to entice them. Eventually, a combination of cheap money and budget deficits succeeded in shoring up demand, but only after years of lost growth. 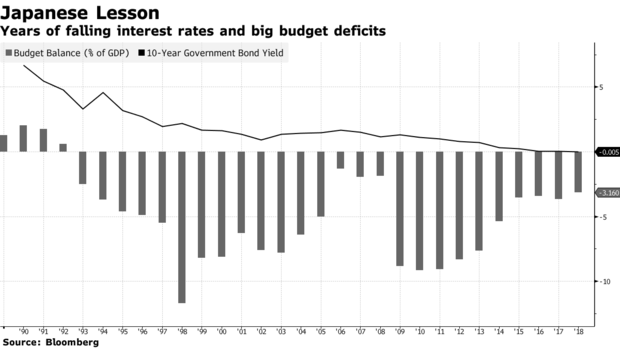 In a March 8 speech, Powell suggested one way to battle the “low inflation syndrome’’ from the monetary side. He said the Fed could adopt a “make-up’’ strategy — letting inflation run above-target during good times like now, to offset the periods of slower price rises.

The aim would be to cement the public’s view of where prices are headed, and so avoid the deflationary trap that snared Japan. “We want inflation expectations to be anchored at around 2 percent,’’ Powell told CBS in an interview aired March 10.

There are risks, of course. If consumers and companies decide that the goal of price stability has been abandoned, then inflation could rise a lot higher than the Fed wants — as in the 1970s when it reached double digits.

MMT-type fiscal policy carries perils as well. It could open the floodgates to a rush of costly programs. “It’s a very seductive idea,’’ said Maya MacGuineas, president of the non-profit Committee for a Responsible Federal Budget. “I can spend money on everything.’’

And, taken together, a laissez-faire approach to both inflation and deficits could awaken the bond vigilantes and send long-term interest rates shooting skyward.

In the end though, the U.S. may have little choice but to adapt policy to the looking-glass economy it’s stuck with. The same applies in much of the industrial world, Sum9222,mers argued in a paper this month co-authored with Bank of England Senior Economist Lukasz Rachel. Without a forceful response, he wrote, it’s “at risk of mirroring the experience of Japan.” 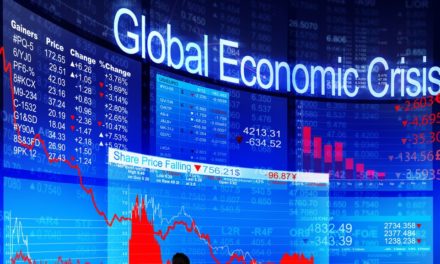 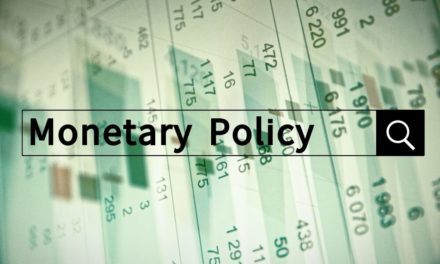 No One Knows How Monetary Policy Works, Even in Era of Cheap Money