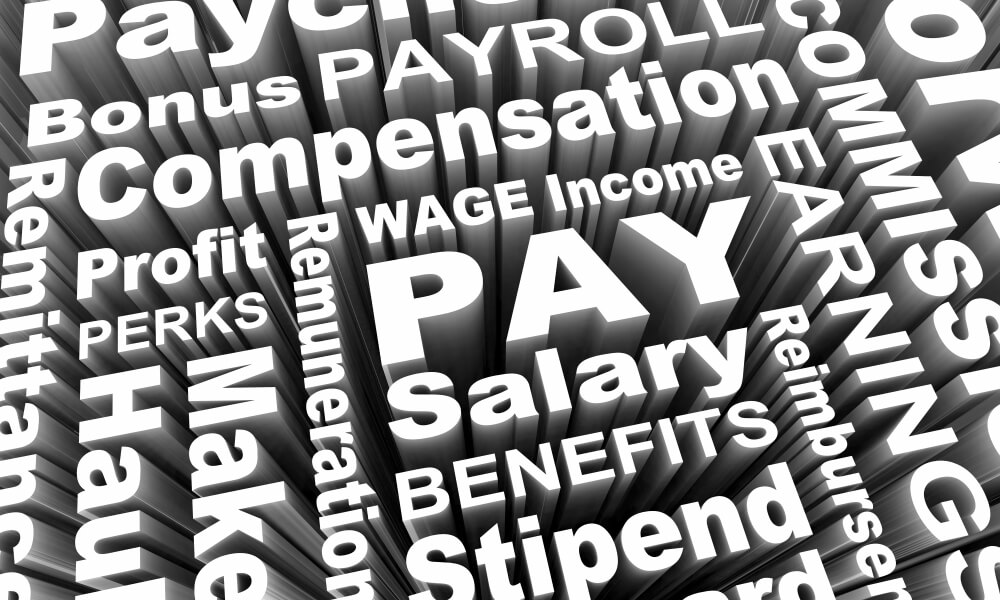 Income allows families to maintain and — ideally — improve their standard of living.

Families understand that wages are one piece of the equation.

Inflation is the other. Higher salaries that fail to keep up with inflation don’t allow families to maintain their standard of living. Forget about improving it.

The growth of real income has been in a downtrend since the turn of the century. 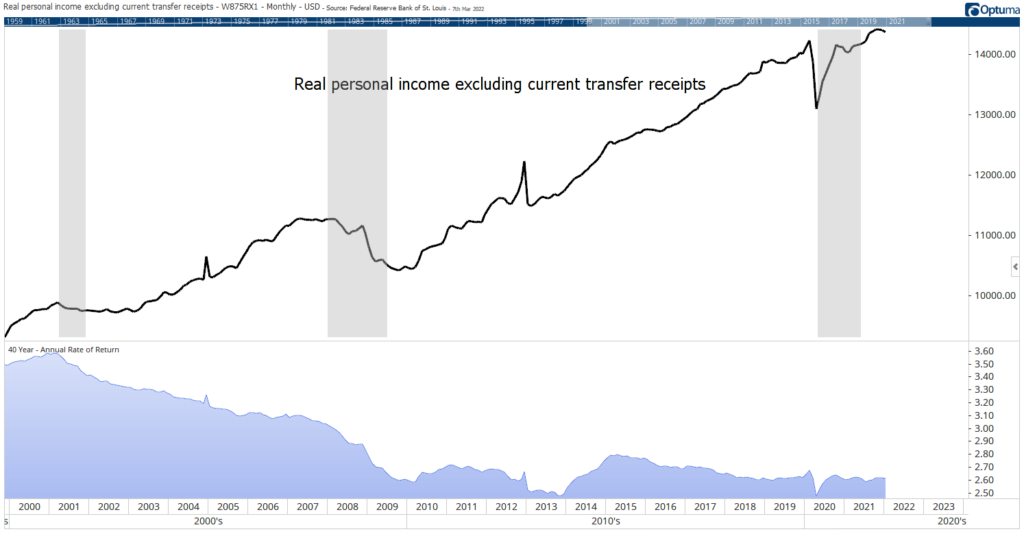 Excluding those items shows the growth in wages over the long run.

At the bottom of the chart is the 40-year annualized rate of return. I used 40 years because that’s about the minimum in the typical working career.

Most people work for 50 years or more. The trend in data is the same for longer periods.

Average growth in wages over a career has fallen from 3.6% in 2002 to 2.3%. That small difference has a large impact in lifetime earnings.

To some degree, technology offsets the loss of monetary income. Cellphones, for example, have led to improvements in the standard of living for many people, regardless of income.

However, nothing can offset the loss of upward mobility that is a part of the American dream.

Bottom line: Slow wage growth makes it difficult for families to move to more expensive neighborhoods while meeting obligations such as higher education, which spirals further out of control each year.

If you hope this will change, recall Newton’s first law of motion, or the law of inertia: An object in motion stays in motion with the same speed and in the same direction unless acted upon by an unbalanced force.

We have no reason to expect the trend in wage growth to reverse. Slow growth will continue in the economy. 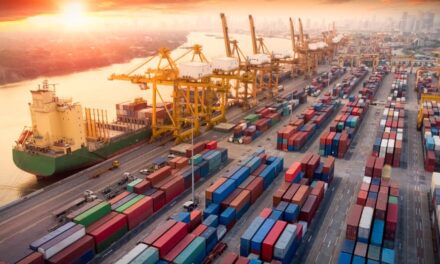 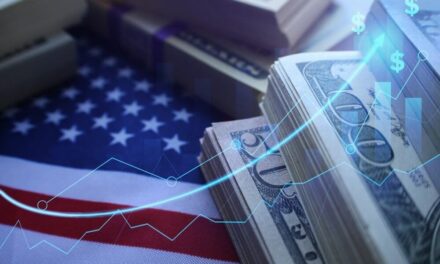 7 Factors of How the U.S. Economy Works