Home » News Updates » Dimon on Student Debt: ‘What We’ve Done Is a Disgrace’

Dimon on Student Debt: ‘What We’ve Done Is a Disgrace’ 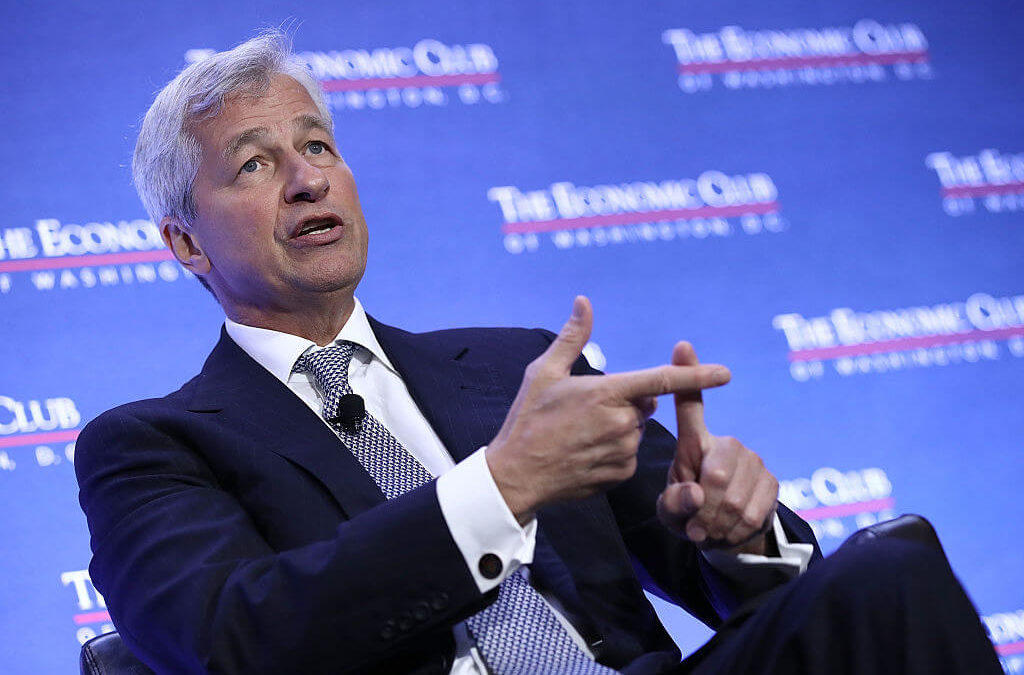 JPMorgan CEO Jamie Dimon sounded off on the massive student debt crisis he says is crippling Americans and wiping out the middle class.

“What we’ve done is a disgrace and it’s hurting America,” Dimon said Tuesday in an interview with Yahoo Finance, adding that the government has “irresponsibly” lent more than $1 trillion since taking over in 2010. “And now they want to forgive it.”

There is reportedly about $1.6 trillion worth of outstanding student debt currently in the United States — triple what it was in 2007. There is now more student loan debt than auto loan and credit card debt, and it is now America’s second largest source of debt, behind only home mortgages.

Much of the problems arise because when students borrow, they underestimate how much and how long it will take to pay off the debt, particularly when it comes to the interest accrued. And when they graduate, they don’t typically earn high enough wages to whittle away at the debt. Many spend years paying just on interest alone, never seeing the total amount they owe go down.

About one in nine borrowers is at least 90 days behind on payments, the highest delinquency rate of any household debt, according the New York Federal Reserve.

Dimon, along with Fed Chair Jerome Powell, have said recently that student loan debt is crippling the U.S. housing market because people can’t afford to buy a home due to the large amount of student debt they carry for upward of 20 years or more.

“The impact of student debt is now affecting mortgage credit, and household formation — a $1,000 increase in student debt reduces subsequent home ownership rates by 1.8%. Recent research shows that the burdens of student debt are now starting to affect the economy,” Dimon wrote in an April letter to investors.

Since most middle class Americans build much of their wealth through home ownership, the wealth disparity is worsened.

“I think they should look at all parts of student lending, fix the broken parts, and then forgive those people (who) need forgiveness, and then help people get into school, and then make sure the schools are responsible in getting the kids out,” Dimon said.

Of course, a number of 2020 Democratic hopefuls are promoting their giveaway plans to flat out cancel student debt, which also is irresponsible.

Sen. Elizabeth Warren, D-Mass., wants to pay for her giveaway with a wealth tax on the country’s richest families.

Republicans have yet to offer any ideas up, but the issue is sure to be a hot topic come the 2020 election.

“How they go about taxing, I’ll leave that to the politicians to figure that out,” Dimon said. JPMorgan got out of the business of student loans in 2013.

“Universities should feel more responsibility,” he said. “So if you’re going to make loans, make good loans that people need to get them to where they’re going and get them good jobs at the end.”

Editor’s note: Should the federal government do something about student loan debt? Share your thoughts and ideas on how best to address the debt crisis below.