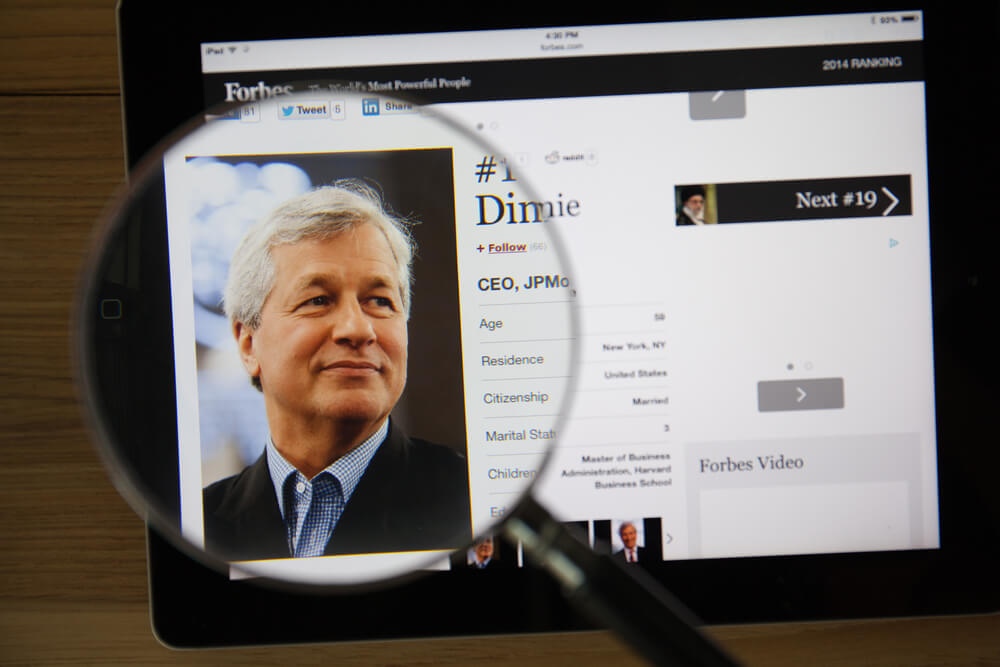 Jamie Dimon, the JPMorgan Chase & Co. CEO that made $31 million last year, thinks that wealth inequality in the U.S. has become a major issue that needs to be fixed.

“I think you should vilify Nazis, but you shouldn’t vilify people who’ve worked hard to accomplish things.”

“I think it’s a huge problem,” Dimon said in an interview that aired on CBS’ “60 Minutes” Sunday night. “I think the wealthy have been getting wealthier too much in many ways, so middle class incomes have been kind of flat for maybe 15 years or so, and that’s not particularly good in America.”

And Dimon thinks people on the lower end of the wealth spectrum have “particularly been left behind,” which he blames on poor growth despite the U.S. economic expansion lasting for over 10 years now.

“We haven’t done a good job growing our economy,” Dimon said, according to CNBC. “That would’ve fixed a lot of that problem.”

The wealth gap has grown so large that a new Bloomberg report found that the top 1% of U.S. households will soon have more wealth that the entire combined wealth of the middle class.

Dimon doesn’t think Democratic primary front-runner Sen. Elizabeth Warren’s, D-Mass., approach to the issue is the right call, either, as he reiterated comments made last week that bashed the progressive candidate for attacking the wealthy.

“Anything that vilifies people, I just don’t like. I think that most people are good; not all of them,” Dimon said. “I think you should vilify Nazis, but you shouldn’t vilify people who’ve worked hard to accomplish things.”

The JPMorgan CEO was quick to deflect any question concerning his own wealth, though. Dimon made $31 million in 2018, but he said that was up to JPMorgan Chase’s board that decided on his salary.

“I have nothing to do with it,” he said.

Dimon’s views run parallel to those of Leon Cooperman, another billionaire that has been involved in an ongoing spat with Warren. On Nov. 4, Cooperman called out Warren in an open letter, saying her “vilification of billionaires makes no sense to me.”

“I care,” said a tearful Cooperman when asked about his public bashing of Warren. She took his words as ammunition in her response by tweeting out that “one thing I know he cares about — his fortune.”

I care about an entire generation of students being crushed by student loan debt—deferring their American dream because they can’t afford it. I care about making sure every American has the opportunity to succeed. I’m not afraid to stand up to the wealthy and well-connected.

As far as a solution to the wealth gap? Dimon believes the gap could shrink by lowering taxes for the lower and middle class, and he also thinks increasing the minimum wage would help. A wealth tax and blaming the rich won’t cut it, though.

“The problems are real,” he said. “It does not mean free enterprise [is] bad.”