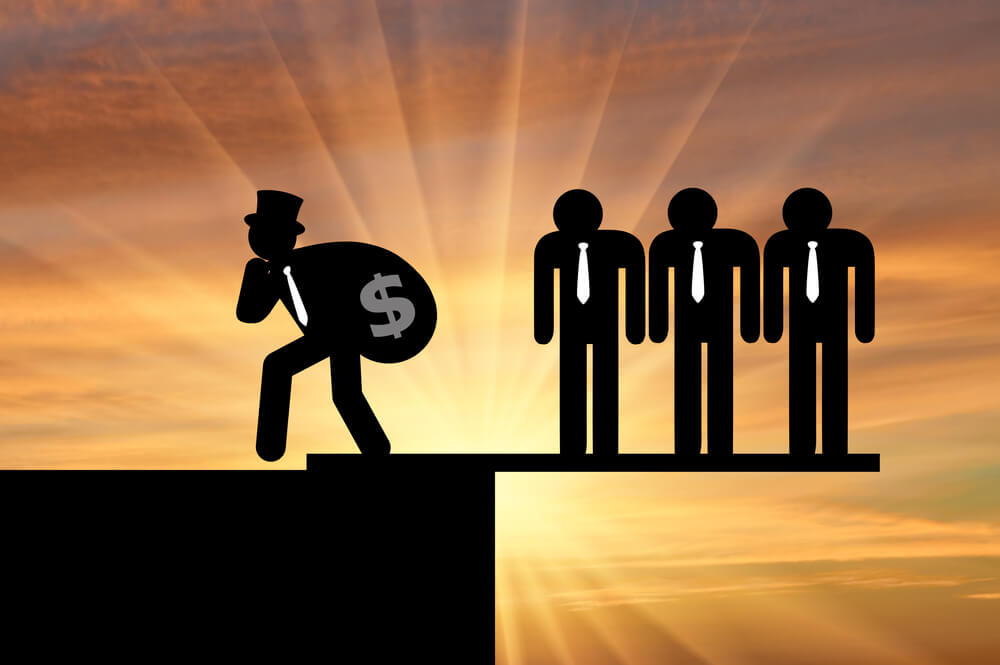 Salesforce co-founder, CEO and multi-billionaire Marc Benioff is one of the tech industry’s most successful and polarizing leaders, but now he’s seeing cracks in modern capitalism and the way big tech companies are run.

His company has grown from a two-man operation in 1999 to being worth over $130 billion, with more than $13 billion in annual revenue, which he can actually thank capitalism for.

But now the former Republican turned independent thinks today’s focus on profit is the wrong approach. During the 2018’s Davos conference, he warned CEOs to work on restoring trust in their companies through self-regulation, before the government steps in.

“People were shocked that a tech CEO would say such a thing, that we need more regulation in technology,” Benioff said in a recent interview with CNBC. “But now everybody, including the tech companies and even those CEOs who initially were disagreeing with me, agree. Because the reality is, if these companies don’t step into these new values proactively, then the government’s going to have to shift them into those values.”

And as far as modern capitalism goes, Benioff argues he is just pushing for changes that he instilled in the creation of his company 20 years ago.

“When we started Salesforce, this was our idea,” he said. “We’d start a company with a new technology model, a new business model and a new capitalism model.”

“Your customer’s not a product, they’re a stakeholder,” Benioff said. He also places higher value on the employee and the community around the business, saying that if corporations don’t change to this kind of mindset they will not survive. And he discredits the idea it only works when business is good.

“I didn’t just become a CEO last year, I’ve ridden through a few recessions, I’ve been through economic downturns, I’ve had tough moments,” Benioff said. “I’ve been through everything you can go through as a CEO. You have to do it this way. If you don’t, you’re not going to survive.”

He says he’s seeing a shift happen in the tech sector, where companies that could do no wrong are now facing intense scrutiny.

“There was a halo left over from people like Bill Hewlett and Dave Packard and other very good people in the tech industry who did very good things,” he said. “But then all of a sudden they’re like, ‘Hold on, you did what with my data? You did what with that election? You did what with your profits?’ Maybe this is a different generation of leader that is prioritizing power, and control, and sheer profitability and capitalism without guardrails over the communities they’re participating in.”

Benioff has been accused of profit-washing, the theoretical act of focusing on philanthropy to distract attention from massive capitalist success like he has had. He argues against that claim, and points to his recent backing of Proposition C in San Francisco, a law that taxed large local employers in order to help the homeless epidemic in the city.

“We need higher taxes, and that is a key part of making the system work,” Benioff said.

That line of thinking probably puts him in the camp of Democratic presidential hopefuls like Elizabeth Warren and Bernie Sanders, who have made breaking up corporations and increasing taxes on the wealthy a linchpin of their campaigns. And Benioff believes there is no time to delay.