One Notable SPAC and Tons of Economic Data

Money & Markets Week Ahead for the week of October 5, 2020: This week on Wall Street will be relatively quiet … at least on the data and earnings front.

Companies are winding down the most recent quarter and ramping up for the next round of earnings reports, expected to start soon.

There is one notable IPO launch this week, but even that calendar is pretty blank.

Here are some things for investors to watch on Wall Street next week:

Perhaps the biggest deal here is that OTR is only using one bookrunner on the deal — Maxim Group LLC. A bookrunner is the primary underwriter of new equity, according to Investopedia.

What is OTR Acquisition: OTR is a special purpose acquisition company (SPAC) — essentially a shell company with no operations.

According to Renaissance Capital, the company is led by Nicholas Singer, the former co-founder of Cyrus Capital Partners and Standard General.

The financial skinny: The Miami, Florida-based OTR plans to sell 25 million shares at a target price of $10 per share.

That would raise $250 million in acquisition capital.

At the proposed price, OTR Acquisition would see a market value of around $315 million.

For a little context: I recently recorded an episode of The Bull & The Bear podcast all about SPACs. Check out that video here.

They have been around since the early 2000s, but SPACs are all the rage in the IPO space lately.

On Monday, IHS Markit will release its purchase manager’s index for services.

This is a survey of managers in that field to determine overall sentiment in the market.

Last time out: In September, the services index was 54.6 — showing an increase in sentiment. A reading of 50 or above indicates expansion, while 49 and below indicates contraction.

Figures for August’s U.S. trade deficit will drop on Tuesday.

More specifically, the U.S. Census Bureau reports the overall U.S. trade deficit with China — the largest importer of U.S. goods — to be around $163.3 billion for the year.

Investors will get another round of data surrounding the U.S. jobs market when the Labor Department releases the number of job openings for August.

In July, there were 6.6 million job openings across the U.S.

Weekly jobless claims will be released on Thursday. 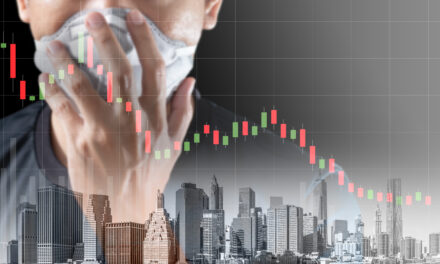 Red Flag Warning: The One COVID-19 Vaccine Stock to Avoid