On April 15 last year, some traders were puzzled by an announcement on the CME website. Most traders missed the announcement because it sounded like the IT department was just stress testing the system.

Six months after the CME announcement, the Bank of England asked British banks if their computer systems could accommodate negative interest rates.

This week, the BOE said banks would be ready to apply negative rates within six months.

Bloomberg noted last month that “the world’s stockpile of negative-yielding debt has swelled to a fresh record in a sign that demand for havens is just as intense as that for riskier assets.” 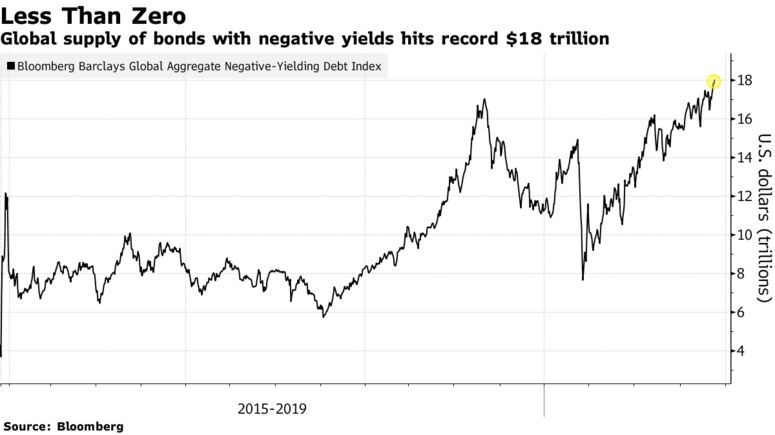 Japan has been the biggest beneficiary of negative rates. Investors own more than $5 trillion worth of negative-yield bonds issued by Japanese banks and companies. Countries in the European Union account for a similar amount of negative-yield debt.

Now, the Bank of England (BOE) is likely to enter that group. There has long been a special relationship between the United Kingdom and the United States. This relationship includes coordination of military and diplomatic activities as well as a closeness between the central banks.

There is no doubt the Federal Reserve is aware of the actions of the BOE. Information from British banks about their readiness for negative rates is an indicator of how well banks in the U.S. are prepared.

If the BOE cuts rates below zero, expect the Fed to follow.