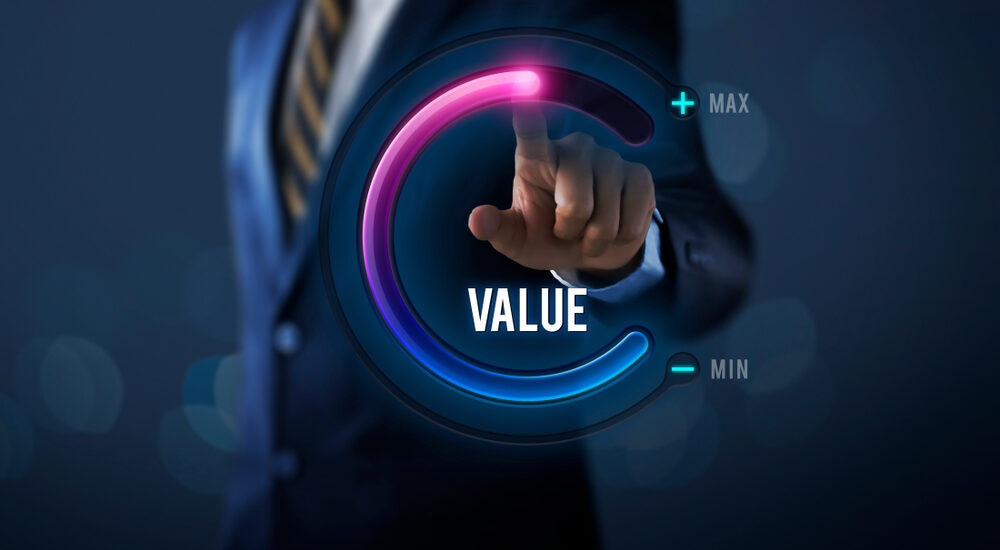 As I noted yesterday, Paul Singer is one of those hedge fund managers we should listen to. Although he’s not a well-known name, Singer delivered market-beating returns to his investors since 1977, through several bull and bear markets.

Singer told his investors that:

“Trouble ahead” is signaled by a rare combination of low-quality securities, staggering valuation metrics, overleveraged capital structures, a scarcity of honest profits, a desperate dearth of understanding evinced by the most active traders, and economic macro prospects that are not as thrilling as the mobs braying ‘Buy! Buy!’ seem to think.

Yesterday, I looked at the scarcity of honest profits. Today, I want to highlight the strength of low-quality securities and the staggering valuations.

The first chart shows a Goldman Sachs index of tech companies that don’t have profits. This index includes electric vehicle stocks like Plug Power and NIO along with software developers like Slack and Zillow and retailers like Carvana.

These stocks have been market leaders since the broad market bottomed last March. 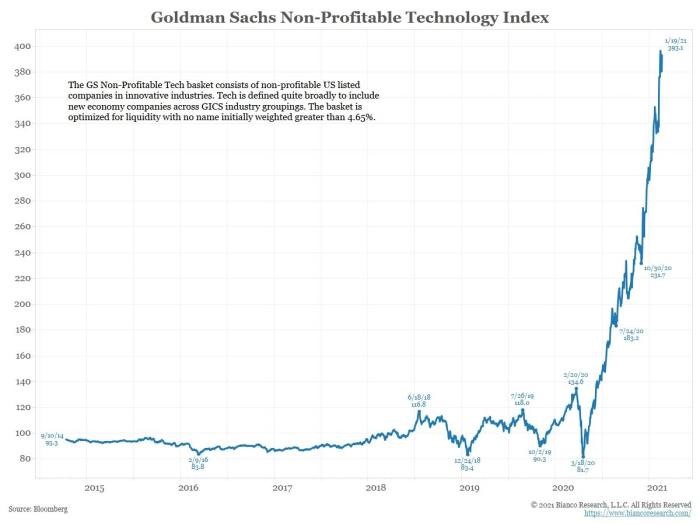 It is possible growth is going to accelerate, and high stock prices reflect future growth. However, that’s not the case. Many of these companies will be unprofitable for years, and the stocks are overvalued by traditional metrics.

Singer believes overvaluation isn’t limited to unprofitable companies. The market as a whole is overvalued, as the next chart shows. 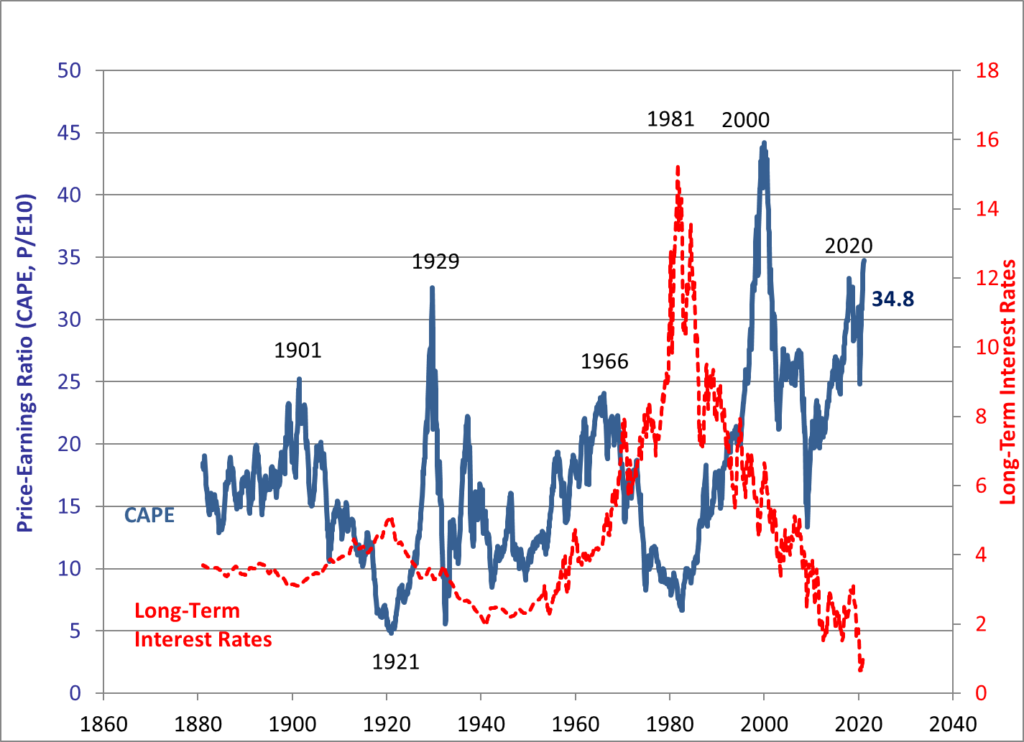 This chart shows the cyclically adjusted price-to-earnings (CAPE) ratio. Nobel prize-winning economist Robert Shiller created CAPE to reflect normalized earnings over the course of the business cycle. CAPE is at its second-highest level in a history dating back to 1881.

Other fundamental measures tell the same story. In Singer’s words, the stock market is trading at staggering valuation metrics.

We’ve also seen CAPE reach overvalued extremes, also in 1929 and 2000. Both times, stocks delivered below-average returns in the next 10 years.

Paul Singer is telling us to expect similar results this time. 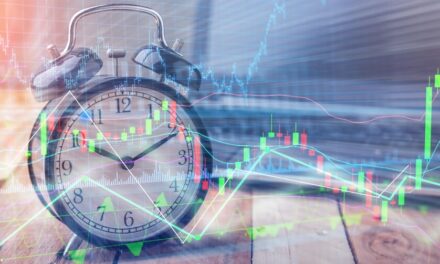