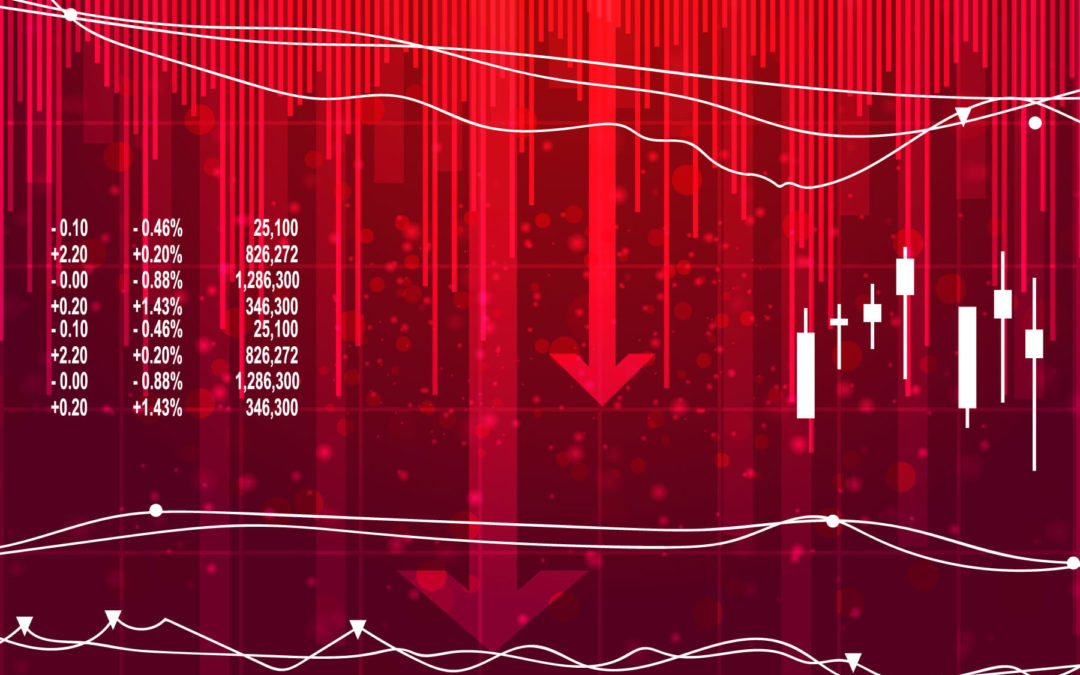 For today’s Marijuana Market Update, I dug into our mailbox to respond to an email from our reader Joe:

Good Morning Matt! I am a member of Green Zone Fortunes, probably 90% because of you. I, too, am a numbers guy and enjoy listening to your breakdowns.

I have been in a few of your watchlist positions and have to say you’ve been spot on so far. GRWG was certainly the best.

My question is on POTN. I opened a position a couple of years ago on a recommendation from another source. Saw a spike, then it fell off. Could you take a look at this one for me?

Again, thanks for what the three of you guys do!

Thank you, Joe, for the kind words. We all enjoy providing you with safe, simple and profitable investment information.

Keep reading to find out more about what the company does, as well as its financials and stock performance.

PotNetwork Holdings is a holding company for subsidiaries focused on the cannabis industry.

In all, PotNetwork Holdings has 24 subsidiaries.

It seems like a robust set of holdings that will bring in a good amount of revenue. However, the books tell a different story.

As you can see from the chart below, the company’s total revenue was well under $1 million per year from 2013 to 2015. 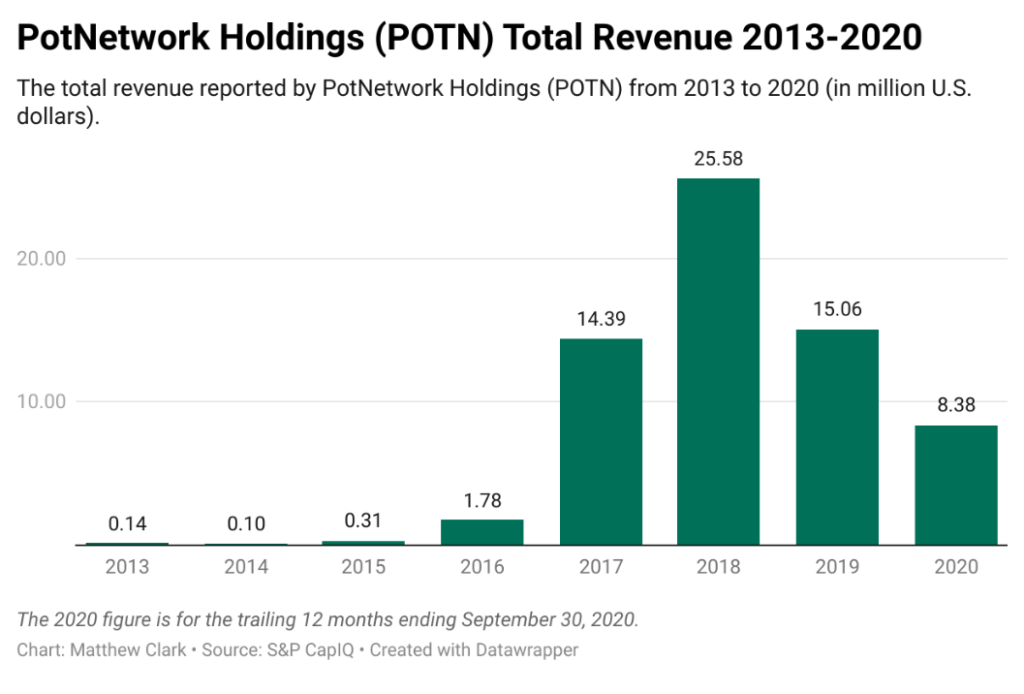 But revenue fell just as fast in the following years. 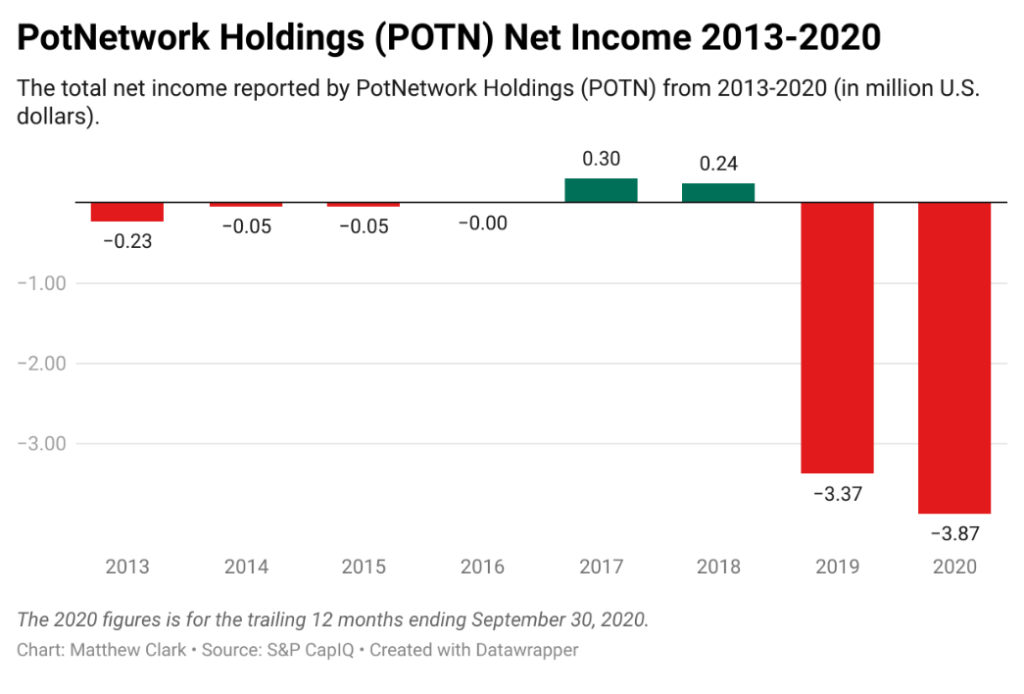 It’s no coincidence that 2017 and 2018 were the only years PotNetwork reported positive net income.

Bear in mind that PotNetwork reduced its operating expenses in 2020 by more than $2 million and still lost more money.

The struggles in 2020 led the company to name a new CEO after its former CEO resigned. It also appointed a new VP of product development.

PotNetwork announced a 10:1 reverse split of its common shares and a simultaneous decrease in authorized common stock down to 750 million shares.

The theory here is that the company will consolidate its shares and boost the company’s share price. 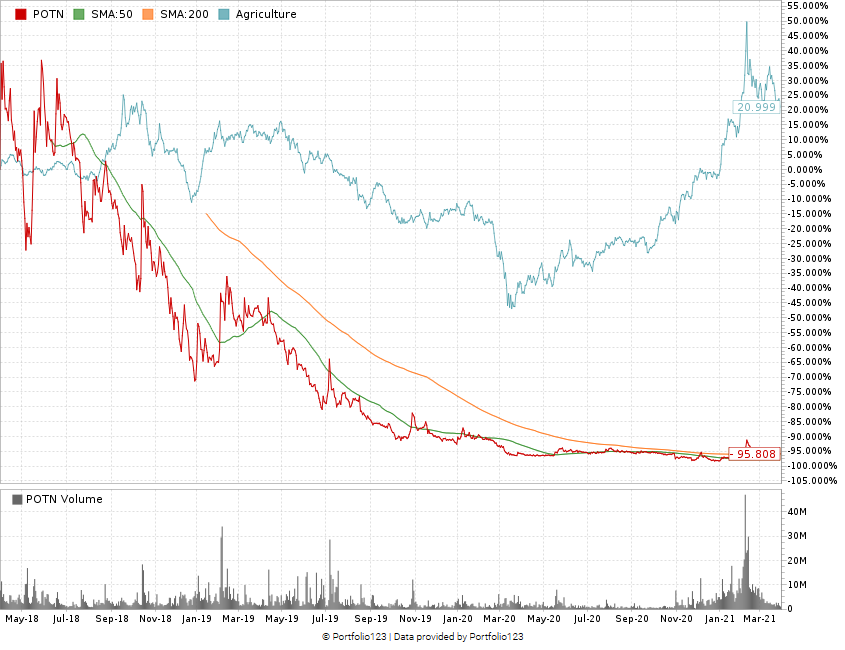 Note: I couldn’t find that the stock split happened yet.

In the last three years, the stock price dropped 95%.

Its comparative industry — agriculture — rose 21% in the same time.

This told me all I need to know.

This company was in trouble leading up to November 2020, so it made some changes to get out of it.

But it will take more than a stock split and some changes in management.

PotNetwork will need to work hard and take time to recover from its financial difficulties from the last two years.

The bottom line: The light at the end of the tunnel for PotNetwork is still quite far off.

Now, I want to look at our Money & Markets Cannabis Watchlist. 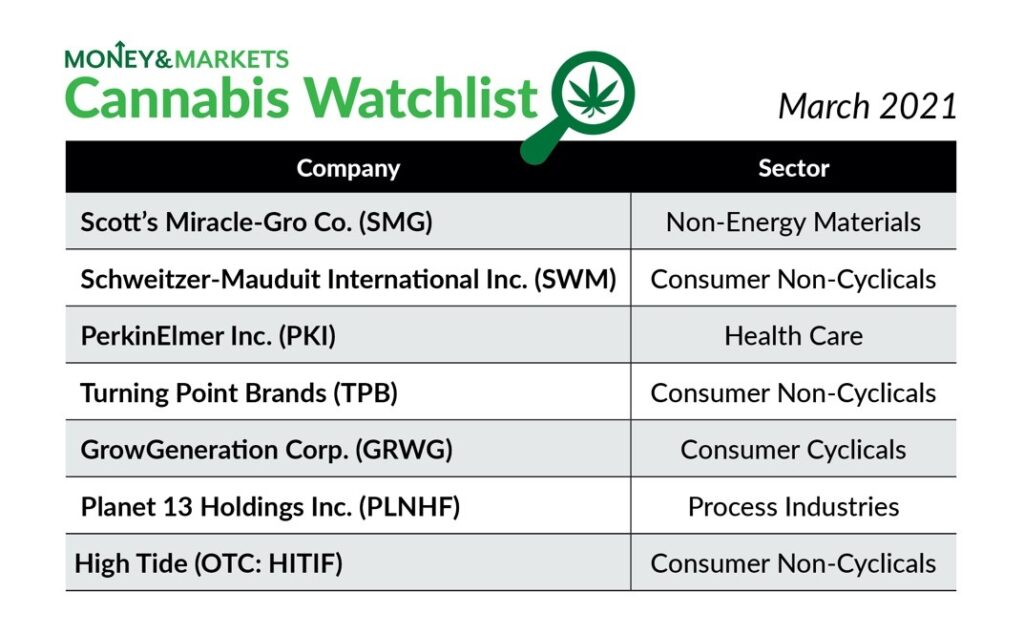 Of course, the big recent news is legalization in New York. Recreational use is now legal in the Empire State after Gov. Andrew Cuomo signed cannabis legislation on Wednesday (after this Marijuana Market Update was recorded), but it will be at least a year before sales start.

As I look at our watchlist, the average total gain of our seven stocks is 46%:

Here’s what’s notable from the table above:

I’ll keep a watch on the cannabis market and let you know if I make any changes to our watchlist.

Coming up this week, we’ll have more on The Bull & The Bear podcast and our Money & Markets Week ahead, so stay tuned. 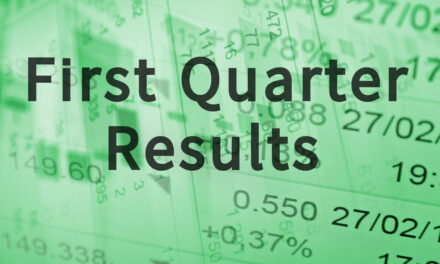 Earnings Edge: 2 Regional Banks Set to Break Out — or Break Down