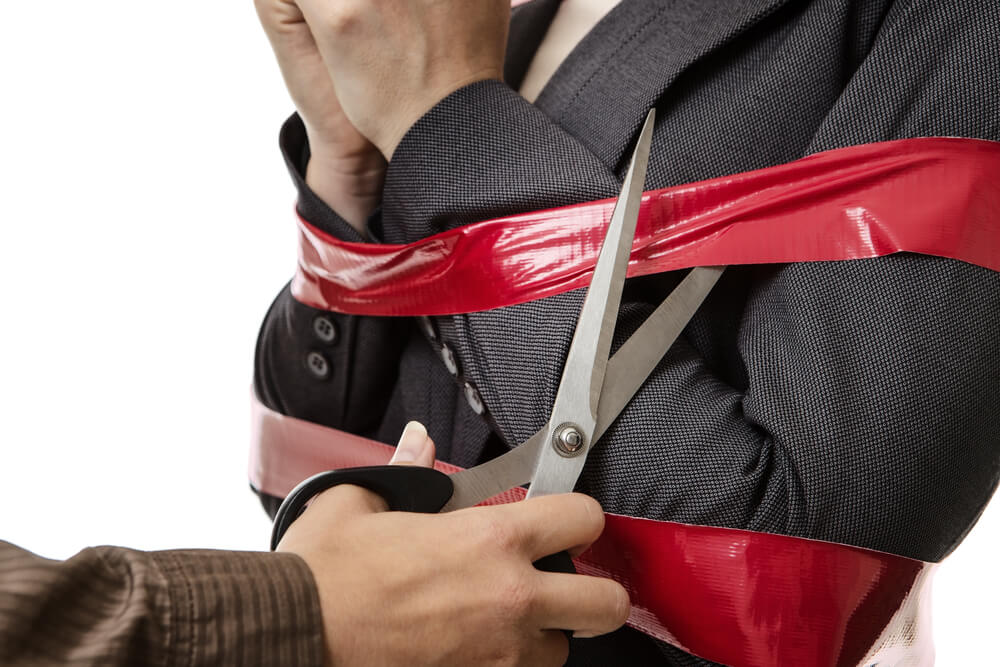 When Donald Trump was on the campaign trail, perhaps his biggest promise to prospective voters is that he would be the greatest jobs president in the history of our country. And the quickest, easiest way to do that is by slashing the red tape put in place by a seemingly endless supply of bureaucrats and former presidents and push through deregulation.

In less than two years in office, he has made good on his promises by sending unemployment to record lows not seen since the 1960s.

Trump came up with his own requirement, officially called Executive Order 13771 on Reducing Regulation and Controlling Regulatory Costs. In a nutshell, for every new regulation instituted by his administration, it would cut two significant old ones through deregulation.

A recent article by Forbes highlights the Trump administration’s penchant for wide-scale deregulation, noting the White House says it has saved about $23 billion — far greater than original estimates of $10 or $11 billion for 2018.

So far, then, the Trump administration fiscal-year updates report to have eliminated 134 significant rules (57 plus 67).  However, additional eliminations have occurred of rules not officially considered “significant,” as well as eliminations of agency guidance documents argued to have regulatory effect.

Overall, the new Agenda shows that agencies have 3,534 rules in in the pipeline (at the Active, Completed, and Long-term phases), compared to 3,209 in fall 2017. 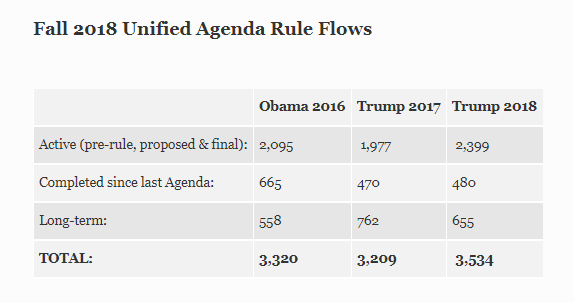 Unlike last year, Trump’s total flow now exceeds Obama’s exit total. An important difference, however, is items classified “Deregulatory,” a major innovation in rule reporting under Trump. A deregulatory measure also counts as a “rule,” and there is a total of 671 of these among the 3,534 total, for a “net” of 2,863.

The administration has placed a clear emphasis on “signifcant rulemakings” over an entire fiscal year. The Unified Agenda alludes to a similar subset of rules classified  as “economically significant,” which basically means they have $100 million in effects.

This is how Trump and Obama compare:

In Trump’s first year, the overall flow of economically significant rules was around 27 percent lower that Obama’s last, however Trump’s figures also contain “rules” that represent streamlining. The tally now has risen to 174, but there are 38 deregulatory measures among them (for a “net” of 136).

So to get a better look at the two-for-one program, it is helpful to look separately at a grid of completed, active, and long-term rule categories in the aggregate, as well as split into “economically significant” and “other significant” components. We do this in the Table below (click to enlarge).

We see in the grey-highlighted area the noted 671 “Deregulatory” actions, as well as 257 “Regulatory” ones.

For rules completed since the Spring Unified Agenda, the counts are 94 Deregulatory and 12 Regulatory. Mirroring the fiscal year “Accounting,” this leaves the 45th president with a better-than-promised rate of almost eight deregulatory actions for every new regulation implemented.

As for the “Economically Significant and “Other Significant” subset of completed actions, a four-for-one achievement maintains (35 Deregulatory, compared to nine Regulatory).

For this level of deregulation to continue, Trump will certainly need the help of Congress, which could get more difficult if Democrats are able to wrest control of the House in November. But without a doubt, Trump will go down as the greatest deregulation president the U.S. has ever seen. 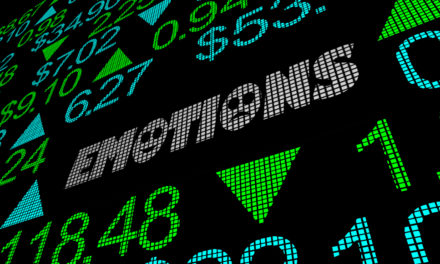 Brodrick: 3 Time-tested Quotes to Help You Play This Market Downturn 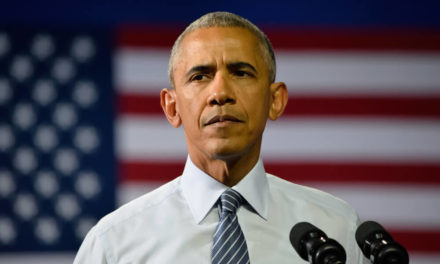