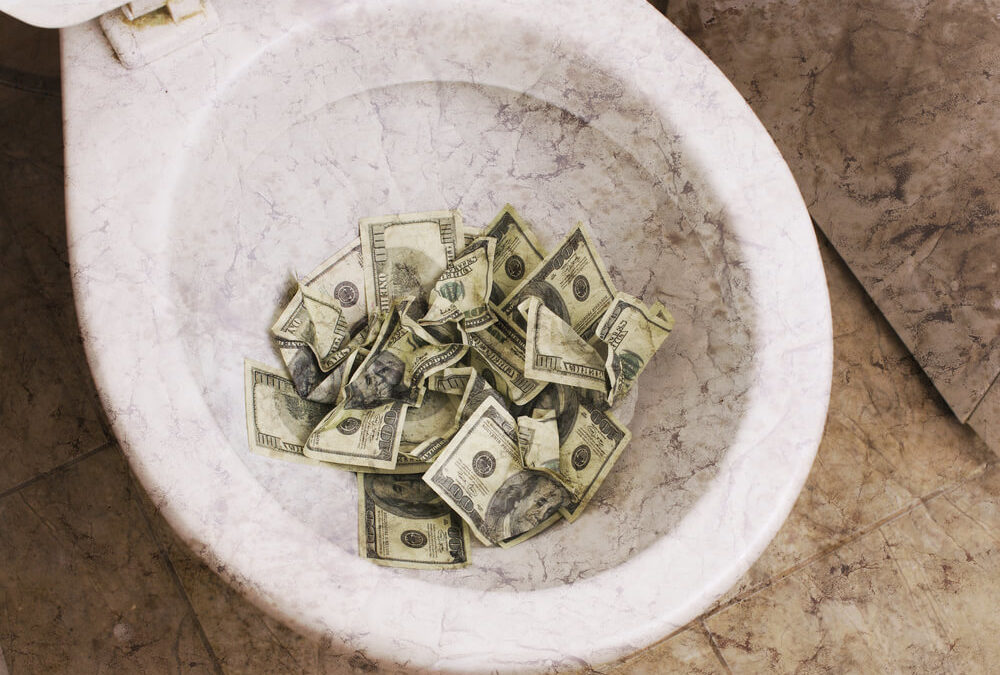 Nothing gets people more riled up than finding out their hard-earned income is going toward frivolous government spending, and with Rand Paul’s annual “Waste Report” showing the U.S. government has used over $50 billion to fund questionable projects, the blood is likely to start boiling.

Government spending is always in question and with $22.5 trillion in current national debt as the 2019 budget deficit rockets towards $1 trillion, people start to wonder if their money is going to the right places. The Washington Examiner says that’s roughly $180,000 in debt for every taxpayer.

Paul, the libertarian-leaning Kentucky senator and son of former presidential candidate Ron Paul, makes it a point every year to dig into U.S. government spending to find some of the most egregious examples of waste. And there are some doozies …

The report reveals that the State Department is spending up to $2 million “to strengthen democratic institutions and processes in Tunisia by increasing trust between political parties and citizens.”

Paul argues that nation building doesn’t work, and wonders why the U.S. government is spending money to increase faith in politicians of other countries while Gallup poll data shows a majority of Americans don’t think politicians in their own country are doing an adequate job. Oh yeah, and America has already spent $1.4 billion on relief efforts in Tunisia after the Jasmine Revolution, so what’s another $2 million?

Example No. 2: $2 Billion Trying to Turn an Abandoned Mental Hospital into a New DHS HQ

This one is insane. The General Services Administration (GSA) and Department of Homeland Security (DHS) have been trying to convert parts of the abandoned St. Elizabeths Hospital property in Washington, D.C. into a new headquarters for the DHS since 2005. But, of course, problems tend to arise when you are working with a historical site built in 1855.

Firstly, the GSA admits that up to 30% of the property is subject to “anticipated slope instabilities.” Along those lines, GSA has spent $305 million to preserve historically protected building facades while renovating the insides of buildings, all while dealing with foundation issues.

After all that work, though, GSA and DHS are abandoning those efforts and “proposing to demolish at least five of the historic buildings,” according to the report. The project isn’t going to be done until 2026, either. The kicker? This was one of 13 sites considered for the new office.

Example No. 3: $48 Billion in Improper Medicare and Medicaid Payments in Fiscal Year 2018

Medicare spent $582 billion in fiscal year 2018, which is only second to Social Security, according to the report. Apparently, $48 billion the Centers for Medicare and Medicaid paid out wasn’t right. This isn’t a new issue, either, as the Government Accountability Office has labeled the CMS a “High Risk Program” every year since 1990, according to the report.

But the tendency to misallocate funds puts Medicare in an even worse spot than it already was. The CMS projects “Medicare’s costs under current law (will) rise steadily from their current levelof 3.7% of GDP in 2018 to 6% in 2043.” Spending $50 billion improperly isn’t going to help that.

“Perhaps the real improper payment is the giant amount of mandatory spending Congress allocates to CMS, allowing Medicare and Medicaid to grow unabated,” Paul said in his report.

These are only three examples of how the U.S. government is throwing money around without a care. Read the full report here to see some of Paul’s other findings including: $466,991 to study frog mating calls, $51,722,107 to help researchers essentially Google search climate change hazards while in Hawaii and up to $100,000 to fly an American filmmaker to Pakistan to teach two classes on film making and screen writing in an effort to increase an already booming Pakistani film industry.