Home » Chart of the Day » Surprising: REITs Are the Top Investment in Many Years

Surprising: REITs Are the Top Investment in Many Years

They highlighted the long-term performance of REITs, pointing out that as an asset class, REITs beat the S&P 500 since 1994. Matt and Charles also discussed two REITs that are excellent investment opportunities right now.

I knew they were right, but I always do my research, as all investors should. I was surprised by the chart below.

This is just a portion of the chart available at Visual Capitalist, which goes back to 1985. It confirms that REITs have struggled this year. 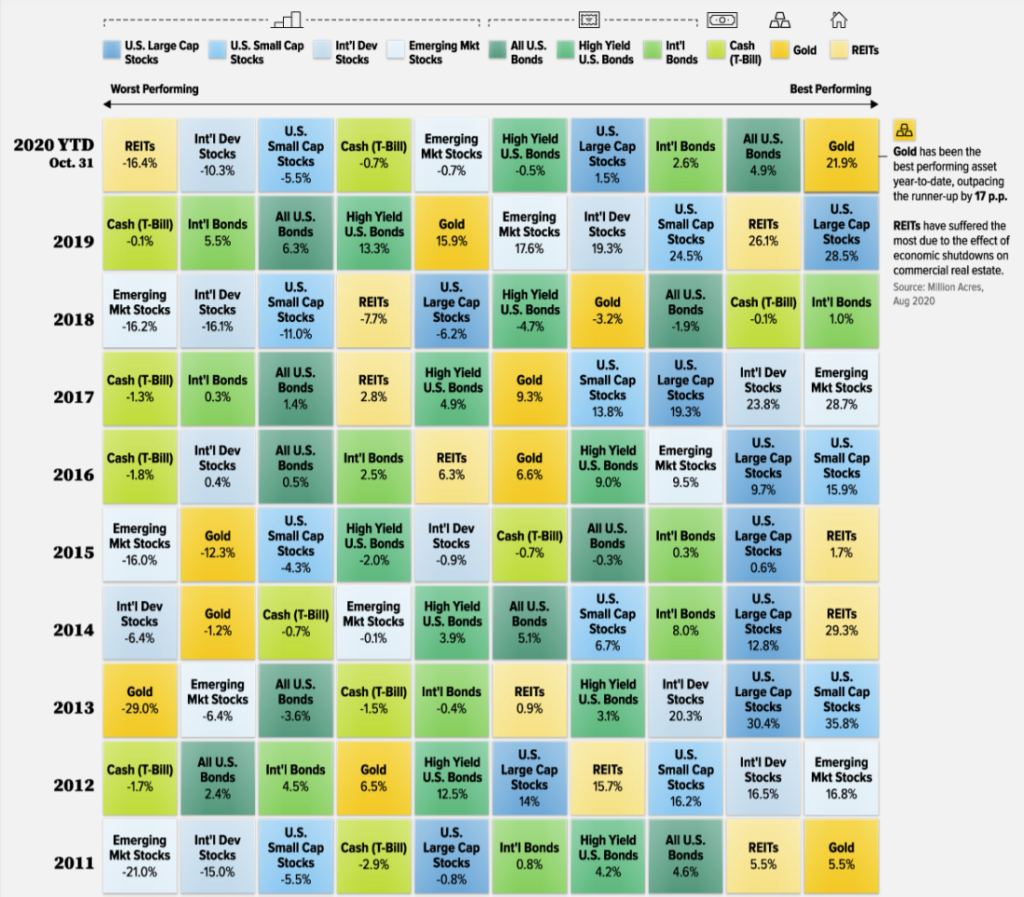 Click here to see a larger version of this chart on Visual Capitalist.

Looking through the full data set, since 1985, REITs were the best-performing asset class or runner up 11 times. This is the same number of times that U.S. large-cap stocks made the top two.

Another popular investment, gold, was first or second nine times.

An asset class many believe to be among the best long-term performers, U.S. small-cap stocks ended the year ranked in the top two just seven times in 36 years.

This data is surprising. REITs have delivered better returns than large-cap stocks over the long term. Yet many retirement accounts have little, if any, exposure to them.

That’s true even though REITs also offer high income. Income from REITs is generally safe because tax rules require the trust to distribute at least 90% of its taxable income to shareholders.

As long as the trust meets that requirement, a REIT typically doesn’t pay any corporate income taxes because its earnings pass through to investors. So, they tend to comply with rules, and investors tend to enjoy a steady income.

As large-cap stocks reach levels associated with bubbles, now could be an ideal time to look into the REITs Matt and Charles highlighted last week.

Why Gold Could Beat Stocks for Next 50 Years

Zoom Stock Trend: Vaccine Will Get Us Back to Work