The U.S. Federal Reserve, along with the federal government, has already flooded the economy with trillions of dollars in stimulus, but a recent CNBC survey shows efforts so far could only be the beginning of an economic recovery that could last years — and cost trillions more.

Moody’s Analytics Chief Economist Mark Zandi doesn’t see the economy gaining much ground until a vaccine is found and distributed.

“Until then, any recovery will remain something of a slog, characterized by halting growth and high single-digit unemployment,” Zandi told CNBC. “And even then, the economy won’t be in full swing and fully recovered until mid-decade.”

The Fed has already spent $6.45 trillion through a bevy actions intended to keep all aspects of the economy and stock markets afloat. According to the 36 respondents, that could balloon to an average $9.8 trillion by the end of the second quarter of 2020.

Congress has not been shy about opening its coffers, either. It has already committed $2.5 trillion to relief efforts, including the $2.3 trillion Coronavirus Aid, Relief, and Economic Security (CARES) Act. Respondents see that number rising to $4.5 trillion over the coming years.

But that’s only if legislation continues to be accommodative.

Could This Lead to Another Roaring ’20s?

Banyan Hill Publishing Chartered Market Technician Michael Carr doesn’t see Congress banding together to pass more stimulus like it did with the CARES Act, though, and new legislation could be stymied unless another economic shutdown has to occur to stop further spread of the virus.

But Carr thinks that could actually spark a new Roaring ’20s (or 2020s) — after some economic pain, of course.

“This could mean the economy will suffer through an extended recession, and that could set up growth in the future. In fact, a deep recession would set up a repeat of the 1920s,” said Carr, the editor of Peak Velocity Trader and Precision Profits. “That decade, now remembered as the Roaring ’20s, started with a deep recession. President Calvin Coolidge didn’t believe the federal government had the Constitutional authority to send money to offset the impact of the economic slowdown.”

What occurred next was a massive exodus of excess that had built up in the government (sound familiar?), which Carr believes “unleashed a historic decade of growth.”

That same situation could be shaping up now, almost 100 years later. And Carr believes the safety nets put in place by the CARES Act and other Congressional and Federal Reserve spending will help spark the next Roaring ’20s.

“The safety net that’s in place will help individuals while the long overdue restructuring of bloated government budgets will create room for growth, as governments are allowed to dedicate resources to infrastructure instead of excessive pensions and benefits,” Carr said.

Government spending is always a hot-button issue, but the recent flood of liquidity, followed by a period of fiscal drought, could spark the next economic boom that will mirror the Roaring ’20s of yester-century. 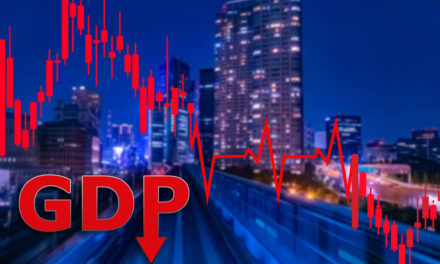 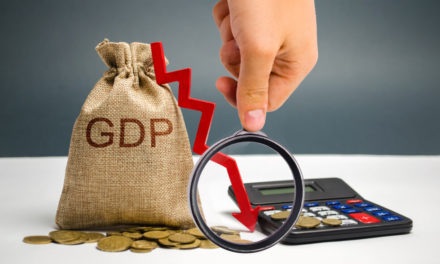