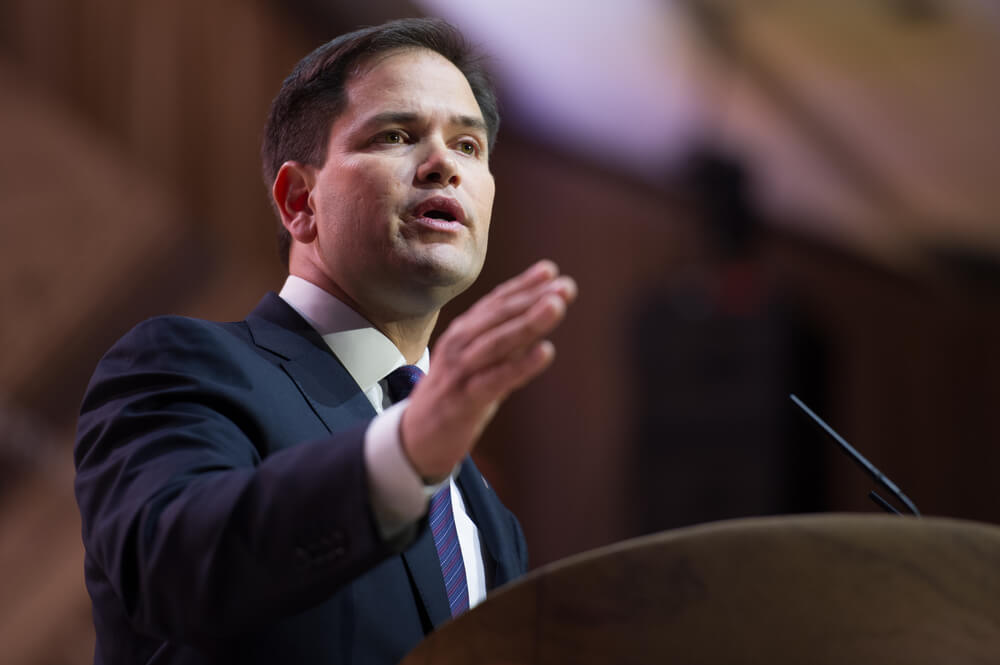 Republican Florida Sen. Marco Rubio is joining the anti-corporate buyback crowd, saying “right now we don’t have a free market” and that he will soon present a bill to push companies from spending as much money on share buybacks.

Flush with extra cash due to significantly lower corporate tax rates, big U.S. companies have been shattering records for buying back their own stock. Buybacks soared to a record $1.04 trillion in 2018 due to the GOP’s Tax Cuts and Jobs Act, drawing the ire of Sens. Bernie Sanders, I-Vt., and Minority Leader Chuck Schumer, D-N.Y.

The pair, who claim buybacks lead to greater wealth inequality, have already said they’re working on legislation to curb them unless companies pay their workers a $15 minimum wage and offer better benefits.

Now a Republican is on board with Rubio throwing his hat into the ring in a tweet storm that began Wednesday morning when the former Republican presidential candidate ripped into the culture of shareholder and executive enrichment.

His bill, a plan for which was unveiled Tuesday, would change the tax code so that share buybacks and dividends are treated the same way.

While the earlier presentation came from the Small Business Committee, which Rubio chairs, the tweets gave him the opportunity to state his personal views. Rubio’s aggressive approach to disincentivize buybacks puts him in line with prominent Democrats who have vowed to come down on the practice.

“No tax advantage for buybacks over dividends. But we’re going to give permanent preference to investments that will drive the creation of jobs & increase in wages,” he said in one tweet.

In another, he rejected the reasoning corporate heads give for repurchasing shares rather than reinvesting in other parts of the company.

Rubio said he believes in a free market and not socialism, but that current rules have to be changed to ensure that capitalism prevails.

Companies put just over $1 trillion into buybacks in 2018, though stocks still did poorly as the S&P 500 lost more than 6 percent.

The preference for capital and personnel investment isn’t limited to Rubio and the Democrats — the Bank of America Merrill Lynch Fund Manager Survey for January, released earlier this week, showed the lowest level in its history of those favoring buybacks. Instead, the market pros who responded said they most want companies to reduce debt.

Rubio touched on the subject in another tweet Thursday morning, saying he doesn’t want to ban buybacks entirely in response to a Bloomberg article called “Yell All You Want About Buybacks, They’re Not Slowing Down.”

But they shouldn’t receive beneficial tax treatment. They should be treated just like dividends.

What we should give beneficial treatment to is productive investment by making full expensing permanent. https://t.co/Wet4D6HiOJ