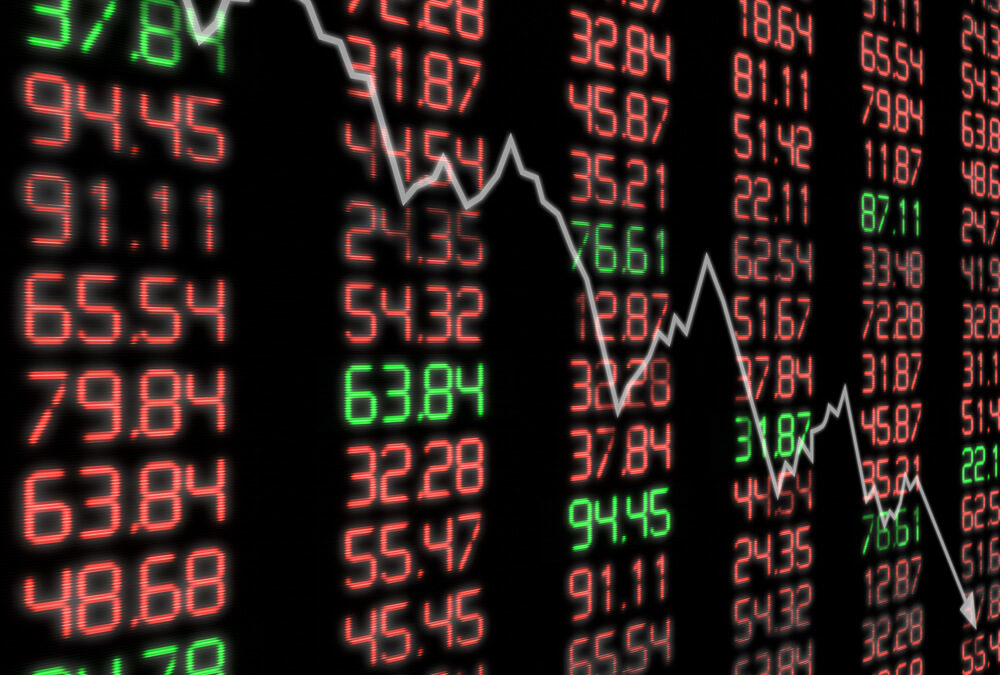 Stocks ended mostly lower on Wall Street as losses for banks and communications companies offset gains in other sectors and more in Monday’s Stock Market Update.

The cautious start to the week came about as investors looked ahead to a busy week of potential market-moving developments, including the Federal Reserve’s latest interest rate policy update, expected on Wednesday. Traders are expecting the central bank will cut interest rates.

Investors will also sift through the heaviest slate of corporate earnings reports this week and keep an eye on trade negotiations between the U.S. and China, which resume Tuesday, and a key government jobs report due out Friday.

“This is a marking time sort of day with earnings coming up, with the Fed coming up, with the economic data coming up later this week,” said Willie Delwiche, investment strategist at Baird. “If anything, you have a modest reaction to the all-time highs that we saw on Friday and a chance to take profits, but not much conviction either way.”

Financial stocks accounted for a big share of the selling. Raymond James Financial slid 3.5% and Wells Fargo & Co. dropped 2%. The sector fell as bond yields dropped, which pulls interest rates on mortgages and other loans lower.

Retailers and other consumer-oriented companies also weighed on the market, with Amazon sliding 1.5%. Facebook dropped 1.9% and Dish Network fell 3.1% as part of a broad slump in communications stocks.

Gains in health care companies partly offset some of those losses. The sector was mostly propped up by pharmaceutical companies ahead of some key earnings. It has held up better than the rest of the market in the early going.

Even with a busy week of corporate earnings on deck, Wall Street will be focused mainly on the outcome of the Fed’s meeting of policymakers. The market expects the central bank will cut its benchmark short-term rate on Wednesday to help ensure U.S. economic growth in the face of trade uncertainty. Investors are expecting the Fed will cut its rate by a quarter of a percentage point from its current range of 2.25% to 2.50%. That would be the Fed’s first rate cut in a decade.

Trade also remains on investors’ radar. The U.S. and China head into another round of trade negotiations on Tuesday. Wall Street is hoping the nations can avoid another escalation in tariffs like the one that occurred two months ago after talks fell apart.

Companies are just about halfway done with corporate earnings season and the slowdown in profit growth isn’t as severe as analysts initially forecast. There are still plenty of big companies reporting results, including Apple on Tuesday and General Motors on Thursday.

Investors are also awaiting the government’s monthly jobs report for July, which will be released on Friday.

THE BIG PICTURE: A record run for stocks at the end of last week kept the broader market on track for another month of gains. The S&P 500 is up 2.7% in July and the Nasdaq is up 3.6%.

Investors are betting that a Fed rate cut would give the economy, and stock prices, a boost. But that depends more on whether the Fed drops any hints about how inclined it might be to cut rates multiple times this year.

“Do they talk about this as a cut and look for another cut, or is there a cut and this is going to be it?” Delwiche said. “The market is expecting somewhere around three cuts over the course of the second half (of 2019). It seems to me the Fed is going to want to start pushing back against that expectation. How it achieves that could be the driver for stocks in the near-term.”

HEALTH DEALS: Pfizer slid 3.8% after the drug company said it will spin off one of its units, Upjohn, which will then combine with Mylan, which makes generic pharmaceuticals. Upjohn sells one-time blockbusters like Viagra and Lipitor that have lost patent protection. Mylan soared 12.5%.

SKID MARKS: Cooper Tire & Rubber fell 9.5% after falling far short of Wall Street’s second quarter financial forecasts because of a weak tire market in China and Europe. Higher tariff costs and a lingering weak tire market will continue to hurt the company in 2019 and it no longer expects volume growth. 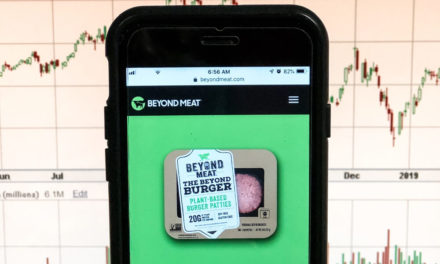