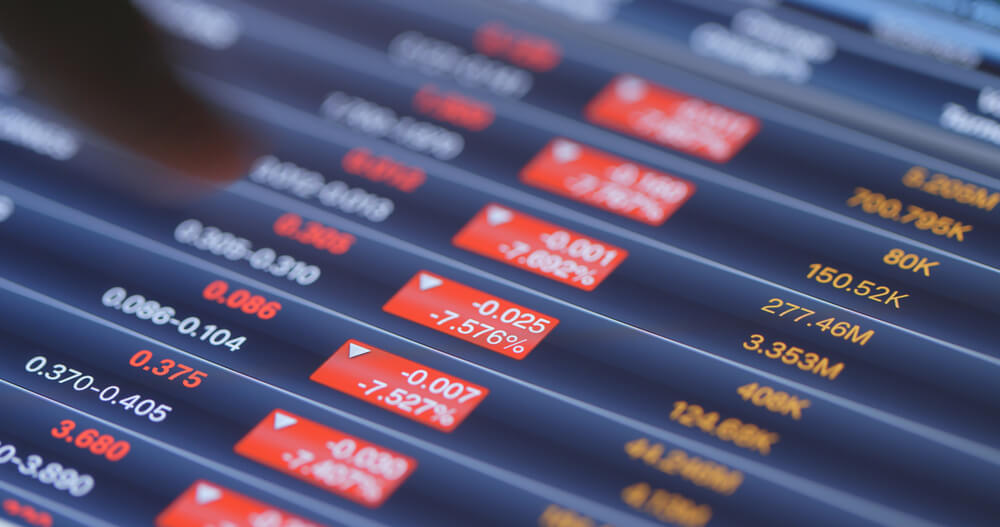 Stocks ended the day lower on Wall Street Friday and notched their second-straight weekly loss as investors were whipsawed by contradictory reports on the Trump administration’s array of trade fights and more in Friday’s Stock Market Update.

Technology, industrial and energy stocks accounted for much of the slide, outweighing gains in health care, utilities and other sectors. Small company stocks fell more than the rest of the market.

Deere was the biggest decliner in the S&P 500 after the tractor maker cut its profit forecast for the year, citing slower sales from farmers worried about exports, among other factors.

Stocks flipped between gains and losses for much of the morning, the latest spin cycle for a market that’s been tossed around the last two weeks by rising and falling worries about the global trade war.

The brief midmorning rally came as investors weighed a batch of encouraging news. A report showed that U.S. shoppers remain more confident than economists expected. Media reports also suggested a deal to remove steel and aluminum tariffs on Canada and Mexico may be imminent.

Market swings within the course of a single day have become common in recent weeks as investors react to developments in the United States’ trade disputes with other countries, primarily China. President Donald Trump made good on a threat to raise tariffs on Chinese-made products, and China retaliated with tariffs of its own. The threats were interspersed with some signs of reconciliation.

Over the last week, the S&P 500 followed up its second worst day of the year with three straight gains. Depending on how Friday winds up, the S&P 500 may close out its second straight down week, a streak Wall Street has so far avoided this year.

Escalating tensions between the world’s largest economies have upended the calm that dominated markets earlier this year, when a trade agreement seemed to be in the works. The S&P 500 has twice dropped by at least 1.5% in the last two weeks, as many as it had in the first four months of the year.

TRADE FRONTS: China, the world’s second largest economy, isn’t the only country that the United States has been jousting with on trade.

President Trump on Friday delayed a decision to impose tariffs on imports of cars and auto parts as negotiations continue with Europe and Japan.

But the market has remained focused mainly on China. The Trump administration has issued an executive order aimed at banning Huawei equipment from U.S. networks. Another sanction that subjects the Chinese telecommunications giant to strict export controls took effect on Thursday. China has threatened to retaliate. It remains to be seen how the move will affect trade negotiations, which are expected to continue.

“The trade issue could still get worse before it gets better, but our view remains that a deal will ultimately be reached to resolve the issue given the economic (and in Trump’s case political) damage that would be caused if a deal is not reached,” Shane Oliver of AMP Capital said in a commentary.

OH DEERE: Agricultural equipment maker Deere tumbled 7.65% after it reported weaker earnings for the latest quarter than analysts expected and cut its forecast for sales and income this fiscal year.

The company may be feeling the effects of the U.S.-China trade war. CEO Samuel Allen said that farmers are becoming more cautious about making big purchases, citing “ongoing concerns about export-market access.”

SEEKING SAFETY: When investors are nervous, they often turn to the safety of U.S. government bonds. When bond prices rise, their yields drop, and the yield on the 10-year Treasury fell as low as 2.36% Friday morning from 2.40% late Thursday.

Yields began to recover after the report on consumer sentiment came in stronger than expected, and the 10-year yield rose to 2.39%.

BARRED: The U.S. crackdown on Huawei Technologies continued to weigh on chipmakers that supply the Chinese telecom company.

On Wednesday, the Trump administration labeled Huawei a security risk and imposed export curbs on U.S. technology sales to the company. Huawei is the biggest global maker of switching equipment for phone companies.

DISINTERESTED: Pinterest plunged after the tech company reported a larger loss for the latest quarter than analysts expected. Shares of the digital pinboard company, which began trading last month, dropped 13.6%. 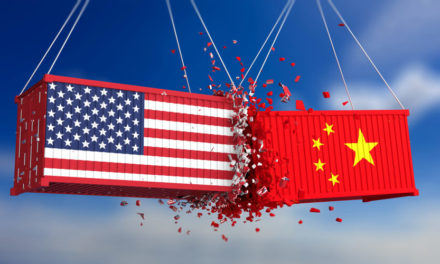 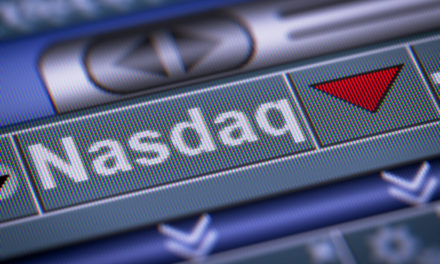