Big governments around the world are pumping up stimulus, Tesla takes to tree-cutting in Germany plus stocks to watch today in the Money and Markets Wall Street Wake-Up.

U.S. markets are down on increased coronavirus fears.

Governments around the world are loosening their fiscal policy in an effort to boost their economies, according to a survey by Bloomberg.

More than half of the world’s largest economies are expected to have bigger deficits or smaller surpluses than they did six months ago, economic analysts said.

What it means: Governments are using things like tax cuts for businesses and even more spending in hopes of jump-starting sluggish economies.

In the U.S.: Tax cuts and larger government outlays produced a bump in economic growth. However, the increased tax cuts President Donald Trump proposed in his new budget may have trouble getting past House Democrats.

Deere & Co. (NYSE: DE) — Thanks to a relaxation of trade tensions, the company reported beating quarterly earnings estimates by $0.38 per share. Deere & Co. was up 6.3% in premarket trading.

Fitbit Inc. (NYSE: FIT) — Shares of the fitness company were down 0.7% early after it posted a loss of an adjusted $0.12 per share. That was higher than the expectation of $0.03 per share. Revenue for Fitbit was also lower than analysts expected.

In an effort to start building its new factory in Germany, Tesla Inc. (Nasdaq: TSLA) has resumed clearing trees in Gruenheide.

A Tesla spokesperson said environmentalists’ plans to stop the tree clearing has been halted by a German court.

Tesla hopes to start production at a new factory in the eastern German state of Brandenburg near Berlin in 2021. The new factory is expected to create up to 12,000 new jobs.

The Trump administration is allowing 45,000 additional seasonal guest workers to come back to the U.S. this summer, according to The Wall Street Journal.

It’s the highest number allowed since Trump took office in 2016, according to administration officials.

The first 20,000 of the new workers will be available immediately while employers can apply for the remainder beginning in July.

The numbers, however, aren’t finalized and administration officials said they could change.

With the merger of Sprint Corp. (NYSE: S) and T-Mobile US Inc. (Nasdaq: TMUS) nearing completion, the two companies have augmented their deal.

According to CNBC, the they have given Deutsche Telekom a higher ownership stake in the new combined company.

While there’s no change in the value or the exchange ratio, Deutsche Telekom will hold 43% of shares in the merged entity. The deal takes 48.8 million shares from SoftBank and moves them to Deutsche Telekom.

Maersk Has Canceled 50 Sailings Over the Coronavirus (CNN Business)

Buffett’s Annual Letter Drops This Weekend. Here’s What It Could Say (Money and Markets) 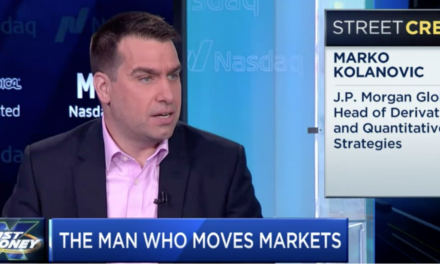 Kolanovic: Defensive, Tech Stock Bubbles About to Bust. Get Out Now 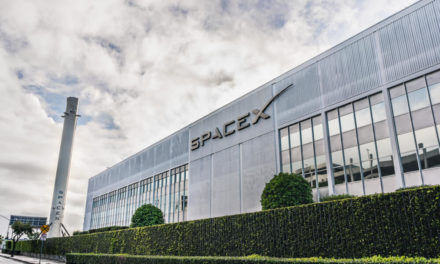