Natural gas futures prices are up 35% in the last month. This obscure market is now the subject of speculation as headlines indicate the price could go higher.

News indicates demand could get even tighter. Bloomberg reported that “Texas is restricting the flow of natural gas across state lines in an extraordinary move that some are calling a violation of the U.S. Constitution’s commerce clause.

While the courts will decide whether or not Texas can restrict exports, traders are reacting to the news by pushing the price up. But the price of natural gas remains well below previous peaks. 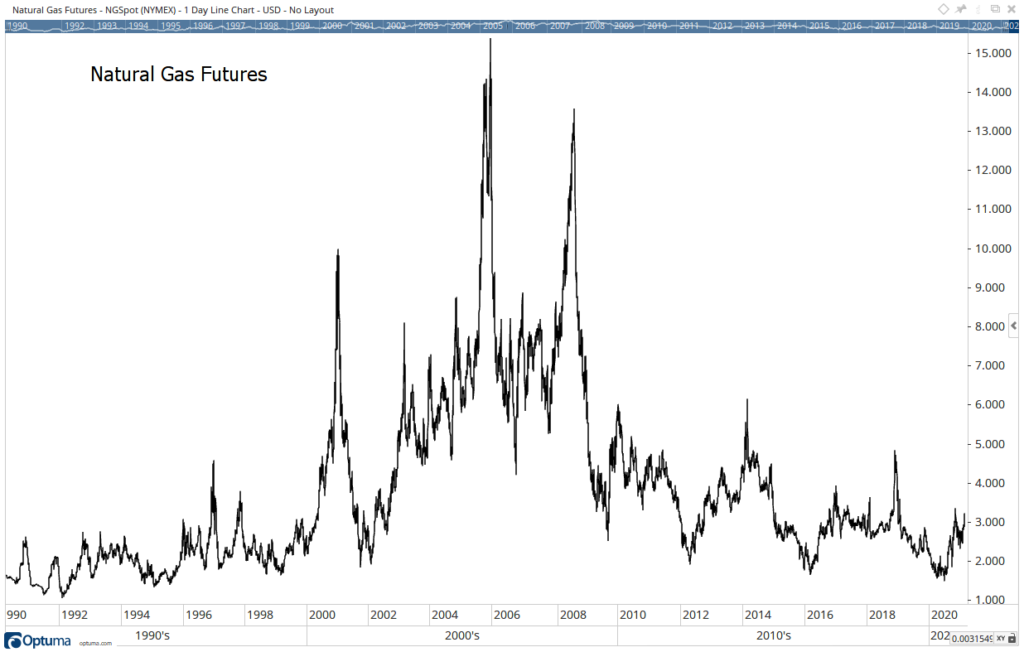 Natural Gas Is a Volatile Market

The natural gas futures market is just one place where the commodity trades. There is also a spot market where the gas is bought and sold in real time.

In that market, volatility is higher and equally unpredictable. Spot prices fell from $1,250 on Wednesday to $4 on Thursday. Power companies will pay unusually high prices — when forced to — in the spot market.

Wintertime spikes occur almost every year. While this year’s news of rolling blackouts in Texas is dramatic, the market for natural gas has been relatively calm.

Based on history, natural gas prices are not a reliable predictor of inflation. The price trend is not predictive of anything since higher prices are often quickly followed by lower prices.