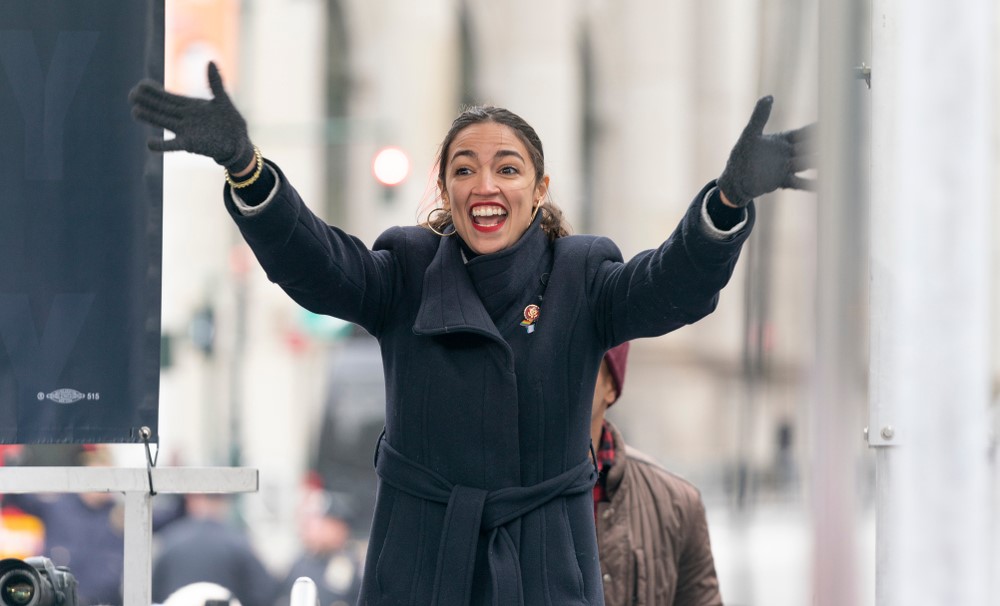 Trump told House GOP members at a National Republican Congressional Committee dinner that he didn’t want them to be too hard on her because he wanted to campaign against the Green New Deal.

The plan — which would cost taxpayers untold trillions of dollars — has a few rather extreme ways to combat climate change, like rebuilding or upgrading every single building in the U.S. to be more energy efficient, building trains across the oceans to eliminate air travel and banning nuclear energy within 10 years, just to name a few crazy key points.

“A young bartender, wonderful young woman,” he continued. “The Green New Deal. The first time I heard it I said, ‘That’s the craziest thing.’ You have senators that are professionals that you guys know that have been there for a long time … and they’re standing behind her shaking. They’re petrified of her.”

Trump previously made similar comments about hoping to make Green New Deal a central part of his reelection bid. The proposal seeks to reduce emissions, increase clean energy use and boost the economy. It was blocked in the Senate last week after Majority Leader Mitch McConnell (R-Ky.) brought it up for a vote.

Ocasio-Cortez has emerged as a rising star in the Democratic Party since she won an upset primary victory over 10-term incumbent Rep. Joseph Crowley (D-N.Y.) last year. She became the youngest woman ever elected to Congress in November after working as a bartender and political organizer in New York.

She has been an outspoken critic of the Trump administration and has pressed for a number of progressive ideas and policies, including the Green New Deal and higher tax rates for the wealthiest Americans. She also has recently been critical of the Democrats’ House fundraising organization.