US Removes Items From Tariffs Threat, Dow Jumps 450-Plus Points 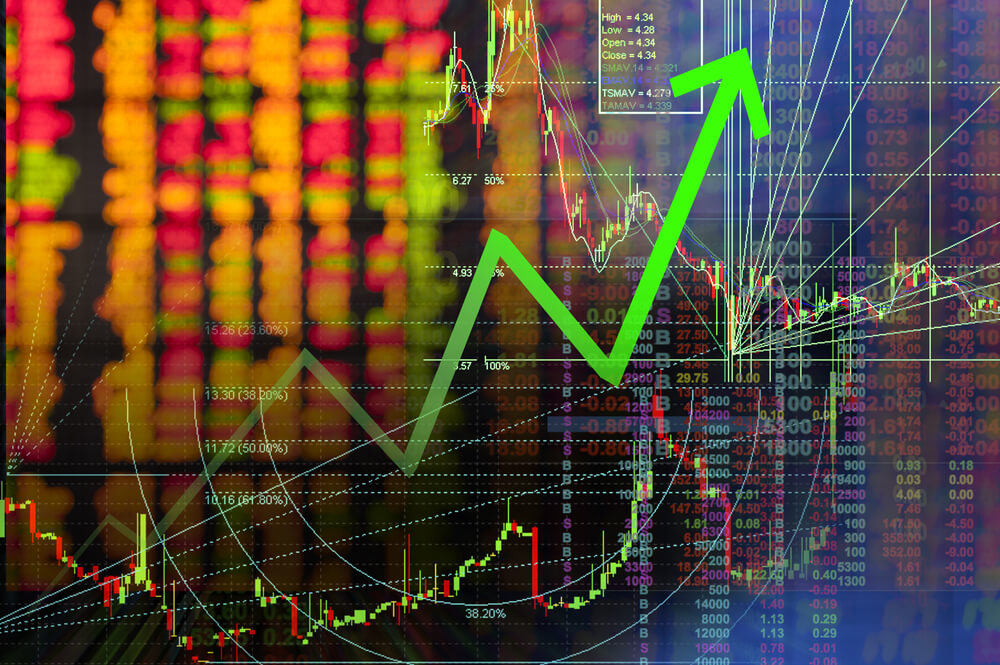 The United States Trade Representative (USTR) announced Tuesday it is removing a number of items from the latest 10% tariffs threat on about $300 billion worth of Chinese imports, and the Dow Jones instantly shot up more than 450 points. 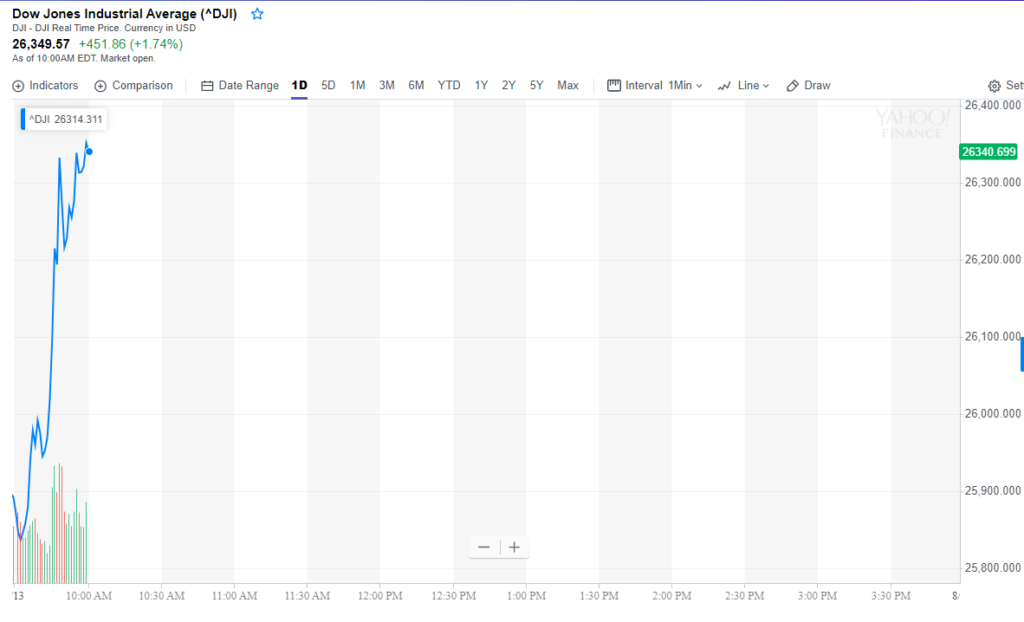 On May 17, the USTR released a list of Chinese imports that could potentially be subjected to 10% tariffs if President Donald Trump ordered it, which he did on Aug. 1, saying they will go into effect on Sept. 1.

“Certain products are being removed from the tariff list based on health, safety, national security and other factors and will not face additional tariffs of 10 percent,” the USTR said via announcement Tuesday morning. “Further, as part of USTR’s public comment and hearing process, it was determined that the tariff should be delayed to December 15 for certain articles.

Traders also looked past the spread on the 2-year to 10-year Treasury, which narrowed to just 1.5 basis points Tuesday, with the curve hitting its flattest level since 2007, according to CNBC. The yield curve inversion is one of the most reliable recession indicators, and “Bond King” Jeffrey Gundlach said recently the yield curve on Treasurys is “full-on recessionary.”

“There’s no way to sugar coat it,” Gundlach said, upping his chances of a recession in the next year to 75%. “When you have a 40-basis-point inversion, well, then that usually leads to a problem.”

Since Trump’s Aug. 1 announcement of more tariffs, the market has been volatile.

The Dow fell 400 points on Monday, back below 26,000, while bond yields continued to track lower.

“I think there’s a lot of fear embedded in the bond market,” The Leuthold Group chief investment strategist Jim Paulsen told CNBC. The inverted yield curve “is the biggest risk right now. It’s my number one worry but I think it’s overdone. If economic reports continue to improve, then I think people will decide this doesn’t look like a recession.

“The fact that we have negative yields around the world makes this somewhat a different signal. The fact we inverted on underheat rather than the normal inversion on overheat makes it somewhat different.”