Home » Chart of the Day » 4% Inflation Is the Magic Number

4% Inflation Is the Magic Number 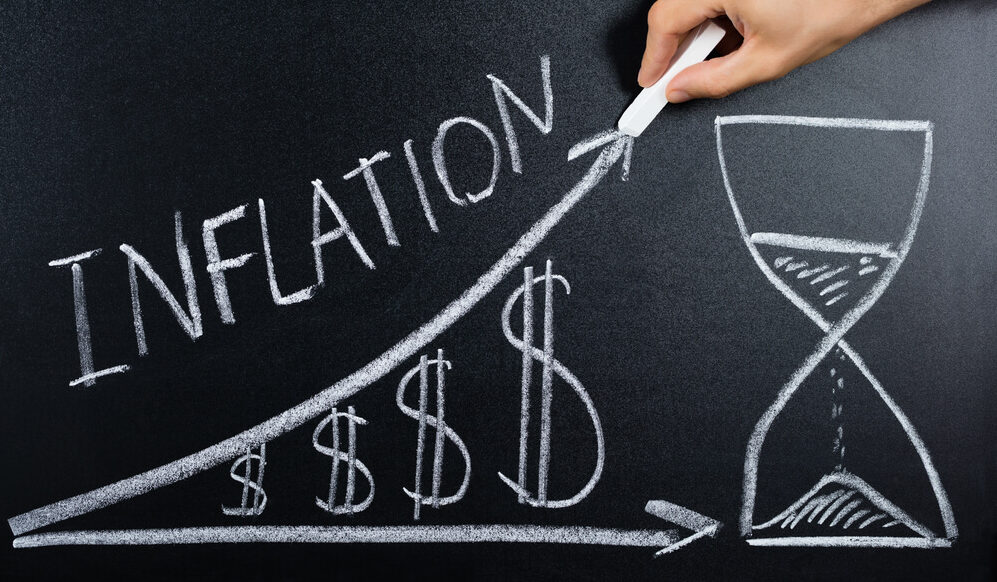 Inflation is increasing, but the Federal Reserve isn’t worried. Officials are confident higher prices are transitory. From an investor’s perspective, we need to hope they are correct.

The most recent data showed inflation of 4.2% compared to a year ago. In the past, Consumer Price Index (CPI) readings above 4% have been associated with weak stock market returns. This is shown in the chart below.

4% Inflation Has Been Associated With Weak Stock Market 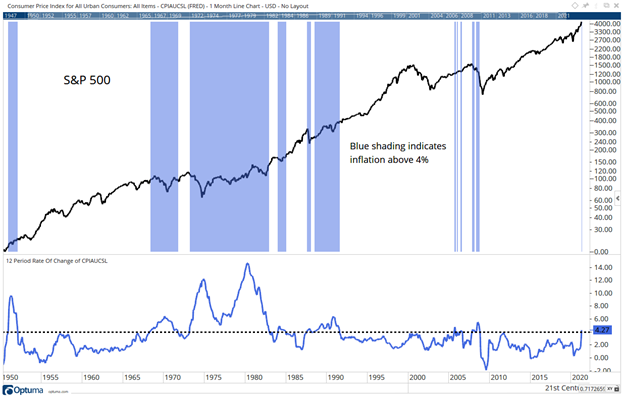 Short-Term Inflation Can Have Long-Term Effects

The chart highlights that in the longer term, trading ranges have often followed the initial decline. The high inflation of the 1970s and 1980s was one of the most challenging environments in history for investors.

This makes the recent spike in prices alarming. Government officials insist that higher prices are the result of reopening the economy. They ignore the fact that there is no precedent for reopening an economy after a shutdown, so there is no way to know if inflation is transitory.

Price hikes may remain in place for many items. No one, for example, expects that companies in the consumer goods sector will reduce the prices they increased in recent weeks.

On the commodities side of inflation, recent gains may not be reversed. Higher lumber prices will have a long-lasting effect on home prices since comparable home sales affect the prices of homes sold in the future.

Higher wages are also unlikely to be reversed. As large and small businesses continue to raise wages, they increase the likelihood that additional price increases are on the way.

The future looks to be inflationary. The past says that’s bad news for investors. 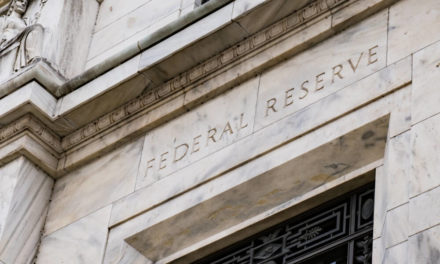 The Fed Pushes on String in This Red-Hot Economy 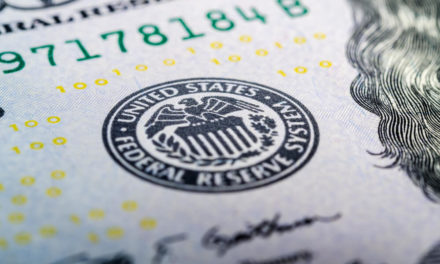