Home » Investor News » Opinion: Is the Bull Still Running or Is This a Bear Market Rally for the Ages?

Opinion: Is the Bull Still Running or Is This a Bear Market Rally for the Ages? 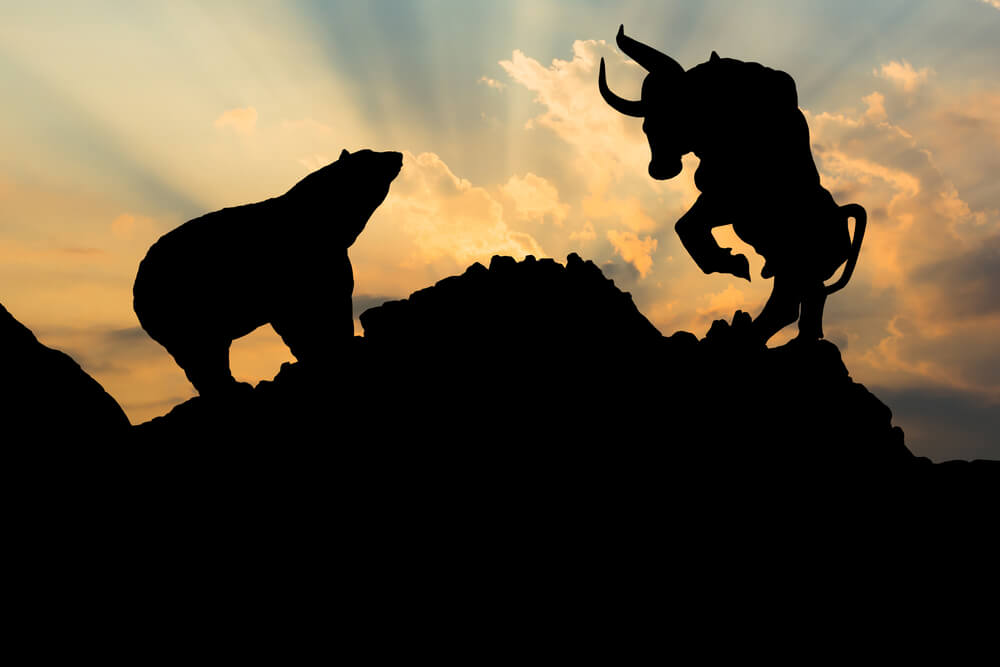 From October through Christmas, it seemed the sky was falling on Wall Street. December had its worst showing since 1931, with the S&P 500 briefly dipping into bear market territory, wiping out most of the year’s gains.

If the economy is, in fact, slowing and that is what has sidelined the Federal Reserve, then what we are witnessing at the moment is a bear market rally.

Of course, it’s been mostly smooth sailing in 2019. As of Monday afternoon, the S&P 500, Dow and Nasdaq are each up more than 8.5 percent on the year.

But history is replete with examples of major recoveries following massive sell-offs, and many of those proved to be bear market rallies.

So how can you tell the difference?

Bloomberg’s Danielle DiMartino Booth gave her thoughts on the subject in an article on Monday calling the current streak a “bear market rally for the ages”:

If the economy is, in fact, slowing and that is what has sidelined the Federal Reserve, then what we are witnessing at the moment is a bear market rally. AdMacro Ltd head of research Patrick Perret-Green recently warned the firm’s clients that though the January employment jobs report might have looked good on paper with 304,000 jobs created, it nevertheless flashed a bright recession signal as the unemployment rate ticked up to 4 percent, the highest since June.

According to historic payroll data and the National Bureau of Economic Research, every time the three-month average unemployment rate exceeded its six-month average at cycle peaks over the past 50 years — like it did in January — the U.S. economy has experienced a recession. In a 2016 speech to the International Monetary Fund, then Federal Reserve Bank of New York President — and current Bloomberg Opinion contributor — William Dudley corroborated the historic pattern citing research first conducted earlier in his career at Goldman Sachs:

To Dudley’s point, the odds that layoffs will continue rising are high. As per January data from Challenger, Gray & Christmas, layoffs have risen over the prior year for six straight months. Economists would characterize that as an established trend. Retail and more recently, energy, have been some of the weakest sectors. Media is another sore spot.

Backing out to the broader economy, one of the fastest growing reasons for increased layoffs last year was mergers and acquisitions. There’s likely to be no letup in 2019 after last year’s record M&A activity, which is just one of the more creative avenues companies have pursued to reduce costs in recent years. The looming earnings recession will compel firms to be more direct in their approach, as in outright headcount reduction to protect profit margins.

Auto dealers are struggling to shoulder the weight of the most crowded lots in almost two years. As a result, auto production contracted in January, promising to pressure Midwest manufacturing, a stand-out area of the economy in recent months as other regions faltered. As is the case with the earnings sudden stop, motor vehicle and parts swung from 8.4 percent year-on-year growth in December to a 0.7 percent contraction in January, according to Industrial production data from the Fed.

Although autos were a sweet spot in the delayed December retail sales release, that strength appears to be wavering as cumulative tax refunds disappoint. In the first 18 days of the tax season through Feb. 21, cumulative refunds totaled $36.3 billion, down $61.7 billion, or 63 percent, from the same period last year. This portends poorly for the seasonal surge in auto buying and consumer spending tied to households’ propensity to spend the majority of their tax refund proceeds. If anything, Fed data show households are hunkering down, with checking and savings account balances rising dramatically, moves generally associated with spending pullbacks.

It is the combination of an earnings recession and an economic slowdown that derail parallels with the 2015-16 stock swoon and rebound. As breathtaking as the rally off the Christmas Eve lows has been, it is not at all unusual to see protracted and magnificent surges punctuate bear markets. In the five months through August 1989, the S&P 500 rallied 19.2 percent before backsliding.

What makes the current run historically remarkable is the magnitude of the 10.5 percent rally in such a short time span, which belies the bottoming of the unemployment rate in the face of accelerating layoffs. It should be noted the gains presented compare month-end market closing levels. 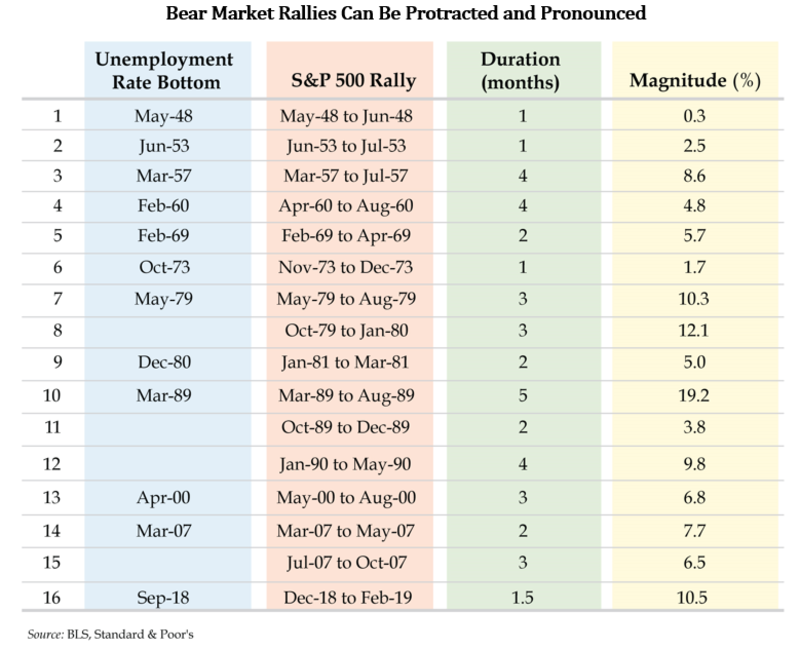 It was a bit curious to read in Dudley’s recent Bloomberg Opinion commentary that he thought it was “hard to see how the normalization of the Fed’s balance sheet tightened financial conditions in a way that would have weighed significantly on stock prices.” The current bear market rally was, after all, catalyzed by Chairman Jerome Powell’s assurances that quantitative tightening might be suspended soon, a stance since corroborated by both hawkish and dovish Fed officials and specifically cited in the most recent FOMC minutes.

Skeptical investors have been badly bruised if they were emboldened to fight both the Fed and the C-Suite at the same time. There is one force, however, that trumps both of these faith-based investing approaches and that is economic fundamentals. This may be a bear market rally for the ages, but that shouldn’t imply investors should do anything other than rent it. Owning it promises to end in tears. 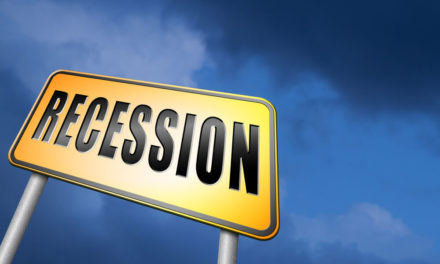 Survey: Half of Business Economists See Recession by 2020, Three-Quarters See ’21 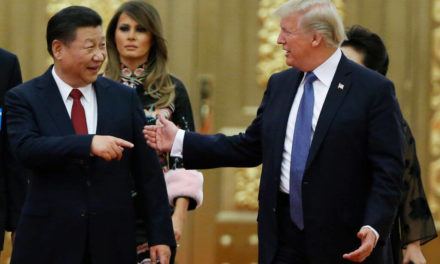 Tom Luongo: Trump Has Weak Hand in Showdown With China