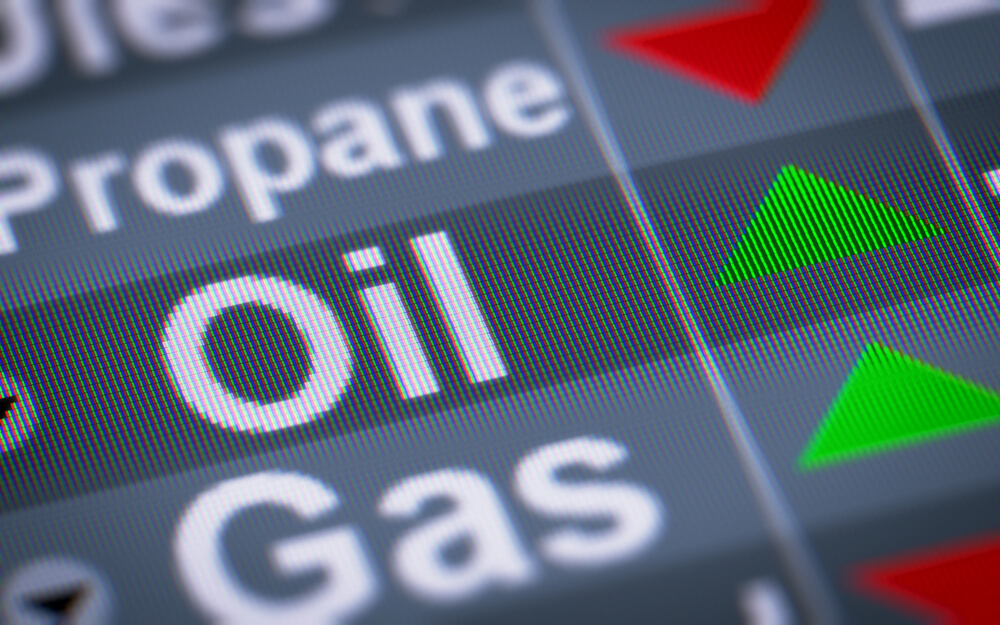 A lot can change in a year.

Back in March, I noted that I was bullish on energy but that Exxon Mobil (NYSE: XOM) stock didn’t fit the bill.

I suggested that XOM stock could perform better than its score indicated, but I recommended investing your capital elsewhere.

The company’s 5.5% dividend looks safe. And the industry outlook has improved, as the severe surpluses gave way to a more balanced energy market.

Furthermore, the experience of the past several months has driven home that, while green energy is the future, the world still runs on fossil fuels.

The wind in Europe blew less than normal over the summer, which forced many European countries to dip into their oil and gas stockpiles, which now leaves them exposed to higher prices this winter.

But they’ve proven themselves to be indispensable to the economy.

And a look at XOM’s revised Green Zone Ratings suggests it may be indispensable to our portfolios: 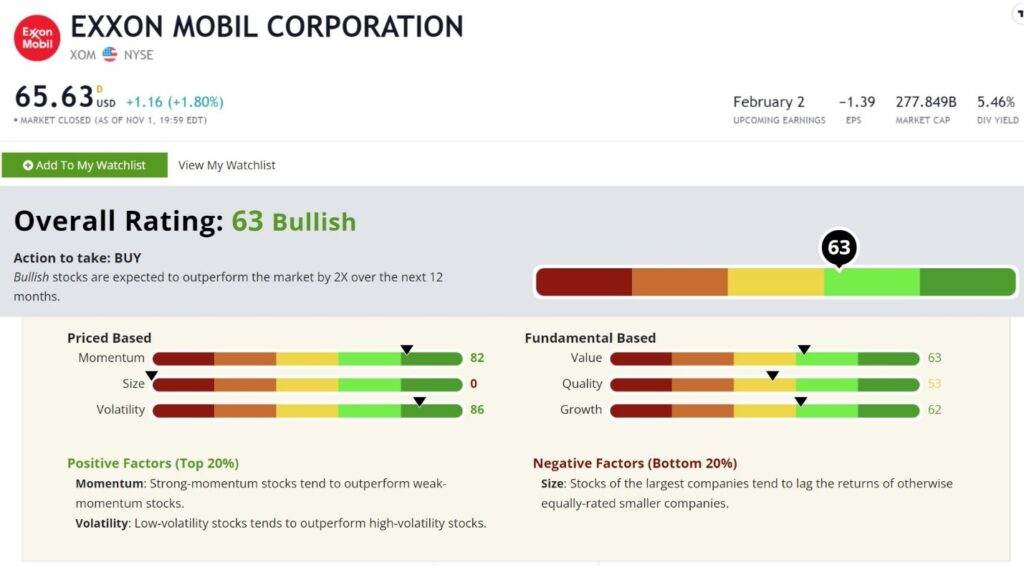 Adam’s research tells us that stocks with a “Bullish” rating historically outperform the market by at least two times over the following 12 months.

But let’s dig deeper to see where Exxon picks up points.

Volatility: Energy prices are notoriously volatile, but Exxon’s share price is not. The stock rates an 86 on our volatility score, meaning it’s less volatile than all but 14% of stocks. Exxon is a fully-integrated supermajor, with operations spanning everything from exploration and production to delivering gasoline at the pump. There’s always something making money along that chain.

Momentum: After years of pain in energy stocks, I never thought I’d see the day that Exxon Mobil rated highly on our momentum score again. But XOM rates an 82. This market may be reaching the end of its multiyear run. The trades that have dominated — such as large tech — look tired. But given energy’s more recent ascent, I suspect it has further to run, irrespective of what happens in the broader market.

Value: Not surprisingly, Exxon is respectably cheap, with a value rating of 63. It helps that improved sales and earnings boost the denominators of the price-to-earnings and price-to-sales ratios. Of course, it also helps that the energy sector has dealt with bear market conditions since 2014. Exxon is a cheap stock in a market that is anything but cheap.

Growth: With all difficulties the energy industry has faced over the last decade, it is remarkable that Exxon still manages to score a 62 on our growth factor. Much of this is due to a major improvement in earnings over the past few quarters. But Exxon still manages to rate in the middle of the pack over the past five- and 10-year periods. That goes to show just how bulletproof Exxon is.

Quality: The stock comes in at a mediocre 53 on quality. But we can expect that. We know that our quality score is driven mostly by profitability and debt management. The company’s profitability is just fine, but its high debt punishes it here.

Size: Exxon Mobil is one of the biggest companies in the world and rates a zero on our size factor. All else equal, we’d like to see a smaller company, as smaller stocks tend to outperform over time. But Exxon’s size is also a major factor in its ability to survive and thrive in difficult environments.

Takeaway: Exxon is not without its risks. But in a market where bargains are hard to find, a 5.5% dividend is attractive.

You won’t get rich quick in this stock, but it will be a dividend workhorse for years, if not decades. 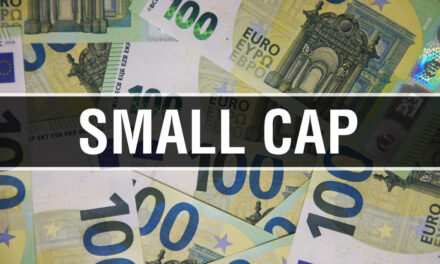 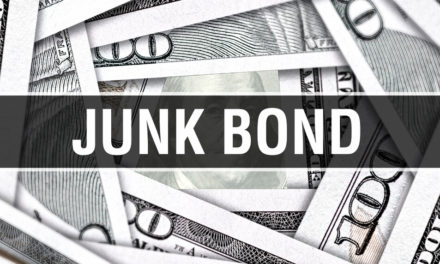