One pioneering DNA company’s quest is to completely disrupt and transform the biotech sector.

That story is not unlike how advancements in semiconductors have shaped the computer hardware and smartphone markets in recent decades.

And this company is leading the revolution. It has developed proprietary technology that involves packing tens of thousands of DNA sequences into tiny silicon chips.

Already this company’s core products are in high demand. It has more than 2,000 customers around the world — large universities and private research institutions.

And it’s taken in close to $100 million in sales in the last 12 months, a figure that’s more than double its previous year’s revenue.

But frankly, that revenue is just from the company’s “boring” business units. In short, those units provide DNA sequencing and DNA manufacturing services to customers.

I think of the revenue those units are currently generating as the company’s “bread and butter.” And heck, with revenue growth rates north of 100% … most investors would drool on themselves just for that.

But I see the massive profits this company will make in its other two business units: Biopharma and Data Storage.

Those are this DNA company’s “moonshot” business units. And if I’m right … they will be key to growing its annual revenues from $100 million today to $1 billion or more within just the next three to five years.

I don’t want to use jargon here because I’d be thrilled if I could just help you understand the massive potential — both in the DNA (aka “genomics”) revolution and (especially) in this biotech company.

See, this company’s “Biopharma” unit is working to discover new treatments, sometimes drugs, for all kinds of medical conditions, including heart disease, diabetes, forms of cancer … and even COVID-19.

The company’s rationale is:

Rather than merely selling other researchers our “DNA chips,” so that they can make the big bucks discovering new medical treatments … why don’t we instead use our own vast database of DNA sequences, paired with our own powerful search algorithms, to discover and develop those same treatments ourselves?!

That’s just what this company is doing because it knows full well that that’s where the billions are!

And get this: Even though the company has been around for less than a decade, and its stock has only been available to investors for less than three years … it’s already proving it’s a force to be reckoned with — one that can compete with established big-name firms such as Pfizer, GlaxoSmithKline … or any other big pharma, or hot biotech name you can think of.

In November, the company announced promising preclinical data for three of its proprietary antibodies targeted against the SARS-CoV-2 virus – aka the virus that causes COVID-19!

Those studies were conducted at the U.S. Army Medical Research Institute of Infectious Diseases, but it was this company’s proprietary DNA database and unique search algorithms that ultimately discovered the novel antibodies that are thought to be highly effective at treating COVID-19 and even preventing its transmission.

But it soon will be. And that’s why it’s important to understand this opportunity before everyone else catches on!

In 2020, the company signed 13 revenue-generating partnerships with industry-leading drug makers. And I expect those royalty and milestone payments to begin flowing onto this company’s income statement in 2021.

All told, I suspect few investors realize how massive this business unit’s revenue could be. I’m convinced it will help the company grow 10X … transforming it from a little-known “small-cap” stock to an established industry leader worth tens of billions.

But that’s not the company’s only “moonshot” business unit.

The other is Data Storage. Yes, that’s right: A DNA-specializing biotech company is leading the next great advancement in data storage.

It turns out that DNA molecules are ideal for storing large amounts of data.

They’re tiny … so tons of them can be fit into the silicon chips that this company has developed.

And they’re robust when it comes to both storing and retrieving data.

Now, I realize that the idea of storing data in DNA molecules sounds like something out of a sci-fi movie … or, worse, some half-baked experiment that two nerds are working on in a forgotten back office, fettering away some company’s budget.

But I assure you: This budding technology is real.

Consider that the company I’m talking about today … the company that is pioneering this data-in-DNA storage technology … not only is it already receiving funding from an organization within the Office of the Director of National Intelligence, of the U.S. government…

In November 2020, this company welcomed three well-known companies into its partnership centered on developing this technology:

What’s more, this data-in-DNA technology isn’t some pipe dream that no one will care about.

Three months ago, Gartner Research came out with a note saying:

“30% of digital businesses will mandate DNA storage trials by 2024.”

That’s why I’m confident we’ll see this technology adopted and in high demand far sooner than most people realize. Heck, probably before most have heard the idea of storing data in DNA!

Look, I’m sure it’s clear by now that I’m super pumped about this pioneering DNA company.

And its two “moonshot” units give it the potential to go from making $100 million a year to $1 billion or more.

Frankly, I’d love nothing more than to give you the name and ticker symbol of this company.

But in full disclosure, I’ve already recommended that my premium Green Zone Fortunes readers buy this stock … and I just don’t think it would be quite fair to give it away now for nothing.

I told my Green Zone Fortunes readers about this stock in May 2020 … and already it’s handing us gains of more than 240%!

But here’s the thing … YOU are not too late to get into this stock. I sent my paid Green Zone Fortunes readers an email yesterday that outlined exactly how this company could easily grow its revenues to $1 billion or more within the next three to five years … and how, if it does, the share price of this stock could fly between 500% and 1,000% higher.

That’s why, even though those readers who were with me in May have already had the chance to make a 240% profit on this company, I want to give you every reasonable chance possible to join us in this company’s success.

To that end, my publisher is offering limited access to this pick.

To claim all the details, and to get my Millionaire Master Class special report for just $1, go here now. 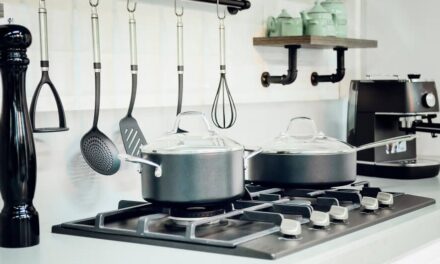 Spice up Your Portfolio With One Surging Housewares Stock 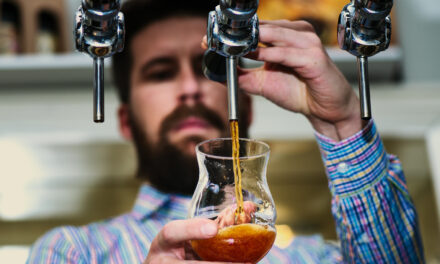