Luongo: Here Comes the Dollar Rally That Kills the World 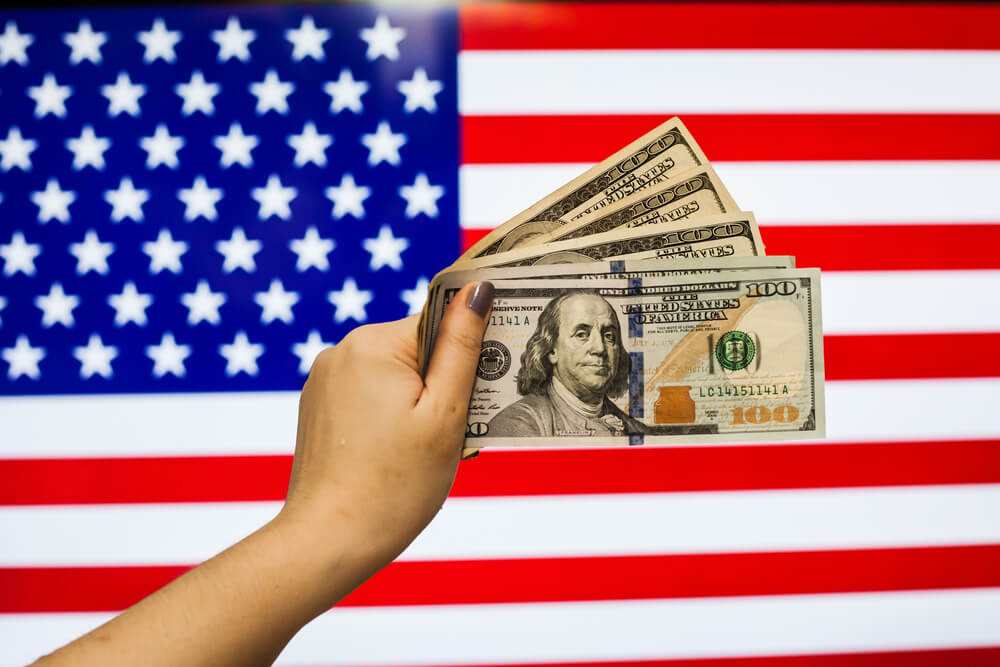 While equity markets around the world collapse and the price of oil sinks into irrelevance, the real story has been the sharp rise in the U.S. dollar despite a historic rapid response by the Federal Reserve.

Cutting rates to the zero-bound, expanding swap lines with central banks and launching new rounds of quantitative easing were supposed to begin satisfying the global demand for dollars.

But, it’s done the exact opposite.

The dollar rallied harder this week and will continue to do so because the Fed, like all major central banks, has been exposed as powerless to stop the unwinding of the multi-level Ponzi scheme that is the global economy.

FOMC Chair Jay Powell let loose the dogs of deflationary warfare and it barely made a dent. In the blind panic of daily, multi-thousand-point drops in the Dow Jones Industrials, Powell and the rest of the Trump administration made the exact same mistakes the Obama administration made during the 2008 crisis.

They began the process of bailing everyone out.

Now, it’s fine to intervene in the repo markets and to create elastic money, accepting corporate paper as collateral. If the Fed has to have a role in this then this is what it should do: provide real liquidity during a clear dollar funding shortage.

But everything else is screaming to the market that the Fed has no real answer to this. It’s telling everyone that they can’t create inflation in this environment anymore than a clown can cheer up a person slipping into a coma.

And that feeds the demand for dollars.

The initial reaction to falling markets was to see the euro, the Japanese yen and the British pound all rise against the dollar. Gold rallied to $1,700 and a lot of people prematurely signed the dollar’s death certificate.

But, as I keep reminding you nearly every week, the world is biblically short dollars. And in that kind of environment there is little chance the dollar will crash. In fact, once the buying in the euro peaked in the middle of last week, I said it would quickly reverse as the real problems began to make themselves known in Europe.

The same thing on a larger scale was happening in Europe until ECB President Christine Lagarde told the world that she wasn’t done blackmailing Germany into loosening its stance on fiscal rules at her presser Thursday.

And the rally in the euro, which was already sick, died.

What we saw to end this week was an epic reversal of that capital outflow as the USDX and U.S. equities rallied while the euro crashed back to $1.11. And now that it’s started I don’t expect it to stop.

And I was right about that when I wrote that the euro was still holding above medium-term support at $1.10. That was last week.  Heck, that was Tuesday.

Today, we’re looking at a euro which spent part of yesterday below $1.07, which is well below its recent lows. 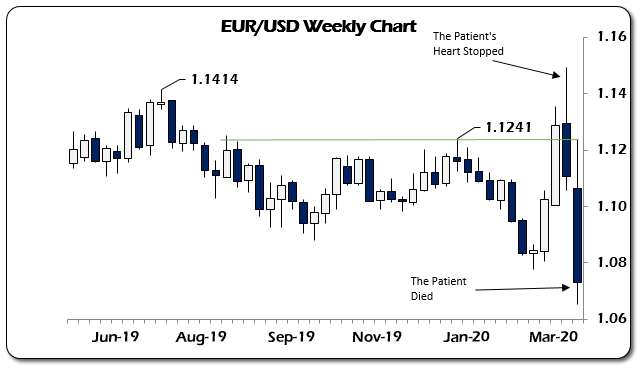 And it won’t rally today.

The Dollar Rally That Kills the World

This new rally in the dollar is the one that will drain the world of any liquidity as COVID-19 ushers in a type of response from overmatched governments terrified of losing control of the situation.  And because they have spent our money so poorly, they are woefully unprepared for this and need to shut down the world economy to contain this threat.

It’s not that I believe COVID-19 isn’t a real threat or that we shouldn’t be taking precautions, but the complete hysterical reactions and power grabs from the most vulnerable political entities, like French President Emmanuel Macron and California Governor Gavin Newsome, should give you serious pause as to what’s really going on.

That being said, after more than a year of trying to contain the USDX below 100 that’s failed as well and coming into this weekend sets up a terrible technical signal for momentum traders to take this to the next level. 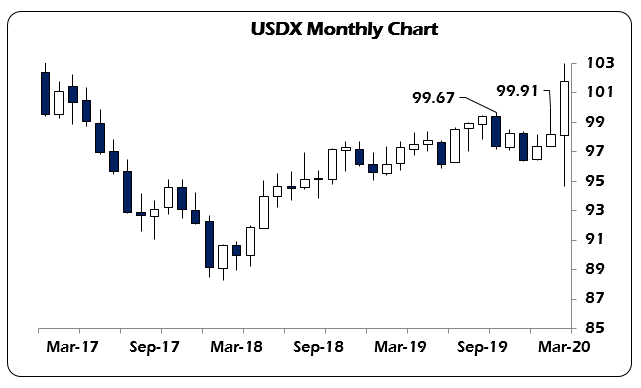 There is no confidence in the response both to COVID-19 and the financial crisis in the leadership of the European Union. And that is what is driving this massive shift in capital flows. European sovereign debt exploded in yield this week and only massive interventions by the ECB and a flood of liquidity by the Fed arrested what were unprecedented 20- to 30-basis-point daily moves.

In the short term, it will be this flood of capital out of Europe that causes U.S. equity markets to stabilize even while the dollar rallies. Gold and Bitcoin have both rebounded well, considering the ferocity of the selling due to forced position liquidation that occurred last week.

Bitcoin is sprinting back toward former support between $6,500 and $7,000. People are on lockdown, capital can’t flow across borders that needs to. This is a perfect use-case for Bitcoin to step in and provide that access.

Gold is playing the round number dance at $1,500 while the physical dealers are seeing their inventory drained rapidly. The Dow Jones Industrials look like they will end the week without another panic, now that distressed corporations can swap their debt into dollars and the margin calls can subside.

While I don’t agree with the response from the Trump administration to date economically, it is a response with a purpose. And in times of abject panic, any forceful response by the center of the world’s financial system will be welcome.

By contrast, we’ve heard nothing from the European Union of substance. If anything, Lagarde looks like she’s more interested in blackmailing Germany into opening the liquidity taps to massive fiscal stimulus than she is in allaying the worst of the markets’ fears.

And it is this difference in political response that will drive the dollar to all-time highs before this is over. For hard money advocates the question is: What, if anything, should you do? I would bet on the strange emerging correlation between a rising dollar, gold and bitcoin staying in place for a while, all rising on different versions of the classic safe-haven trade.

I would also look for a statement this weekend from the IMF and the ECB about what they intend to do now that it’s clear they have no answer for the trillions in rapidly degrading Italian, Spanish and Portuguese sovereign debt.

The worst isn’t over yet, the next stage of the collapse is just beginning. 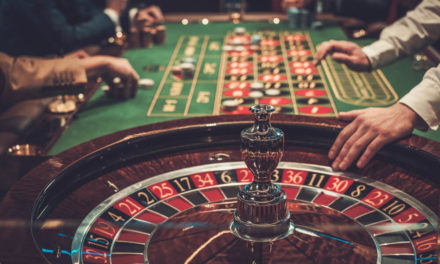