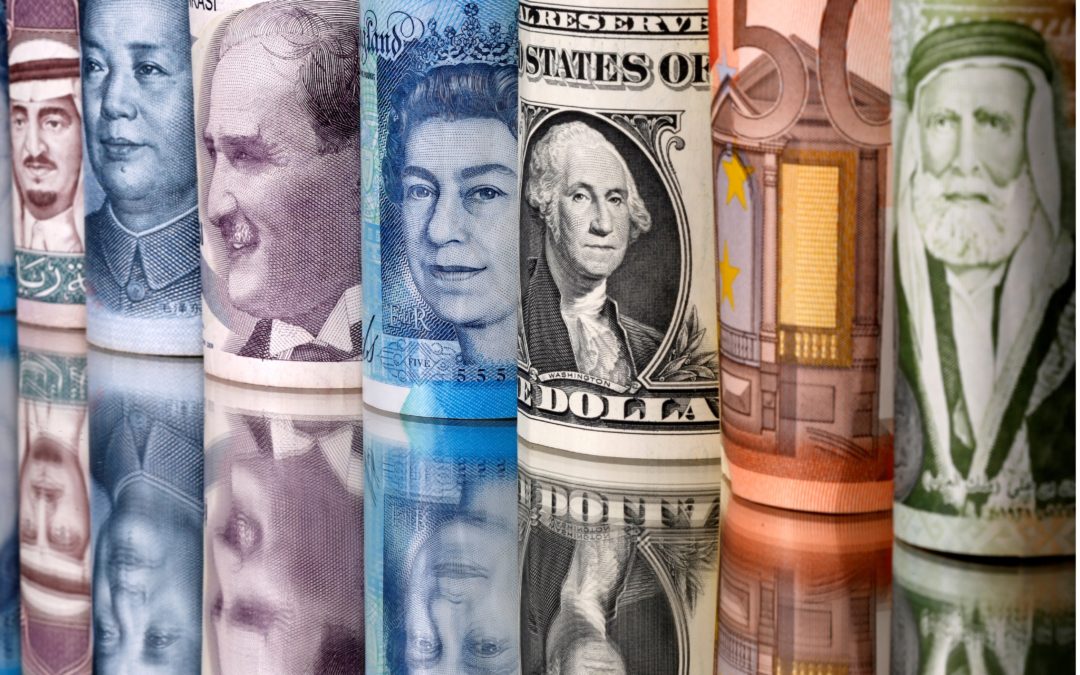 The economic recovery seems to be gaining steam in the U.S.

That indicates the dollar could move higher. Currencies like the dollar tend to trade based on the relative strength of a country. In other words, for the dollar to move higher, the U.S. should be stronger than another country or region.

That seems to be the case. In Europe, the vaccination drive has been less successful, and some countries are increasing restrictions — even returning to lockdowns in some areas.

That fact alone explains recent strength in the dollar. 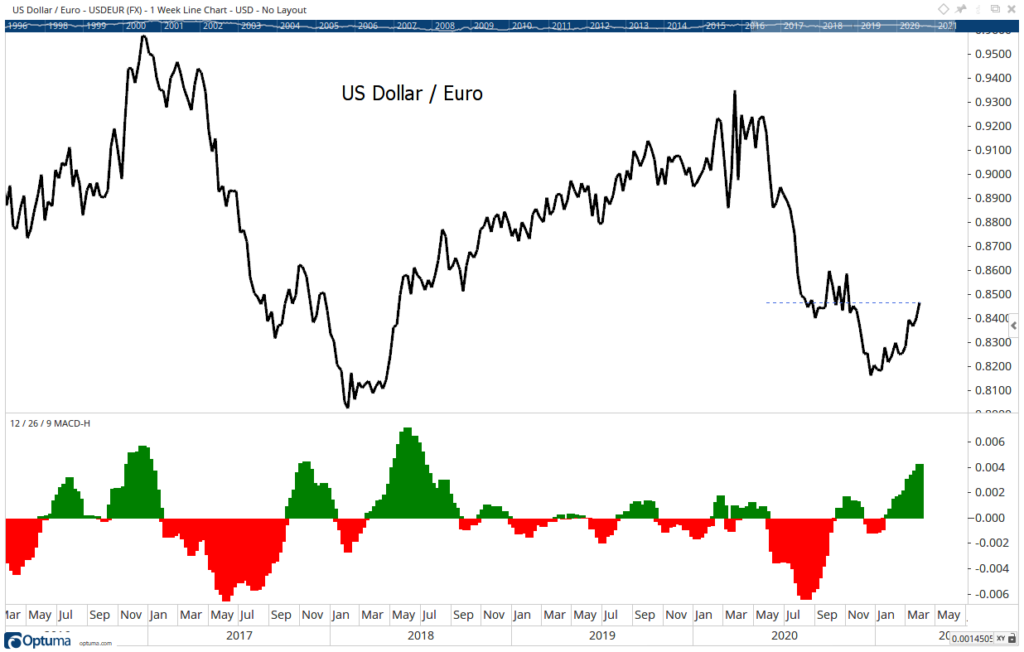 Deficit Spending Can Be Bearish for the Dollar

From a technical perspective, the chart is bullish for the dollar.

This is surprising given the news that deficit spending is expanding and is likely to increase. Some economic research has found that large deficits are bearish for currencies.

It does seem that the lack of fiscal discipline should be a negative for the dollar. But remember that currencies are priced relative to each other. In some ways, it can be helpful to think of the market as a race to the bottom.

While the U.S. may be spending significantly more than it raises through taxes, so are other countries. In fact, other governments may be considered to be just as irresponsible as the U.S.

In the race to the bottom, for now, the U.S. is not the worst government in the world, and that means the dollar could move up. It’s not a good reason for the rally, but it’s good enough to expect additional gains. 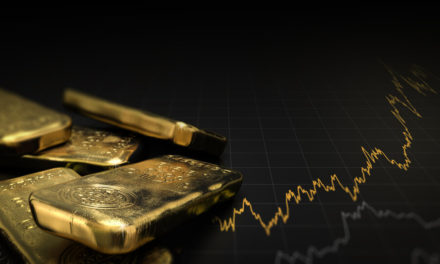 Gold and Oil Could Be the Best Inflation Hedges 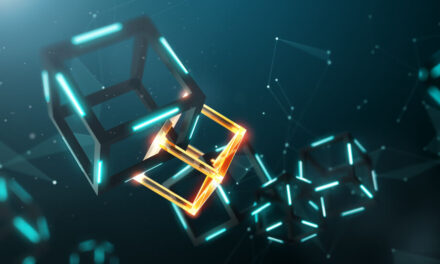