Home » Chart of the Day » Increase in Prices, End of Splits Show Stocks are for Trading, Not Investing

In the early 1990s, a popular trading strategy was to buy stocks priced near $100 a share, and buyers expected stock splits so the price would be attractive to small investors.

The split had no impact on the value of the company. But low-priced stocks were more attractive to individual investors. Companies often announced splits when prices topped $100 a share to keep the stock in double digits.

This led to that trading strategy. Academic studies confirmed that stocks outperformed after announcing splits. Potential gains were significant. Stocks that split at least 2:1 beat the broad stock market by an average of 8% in the year after the split.

In the record long bull market that recently ended, companies stopped splitting their stock. The chart below shows the percent of publicly traded companies trading at more than $100 a share. The recent drop in the total number was caused by the stock market crash of February-March, but the trend is clearly up. 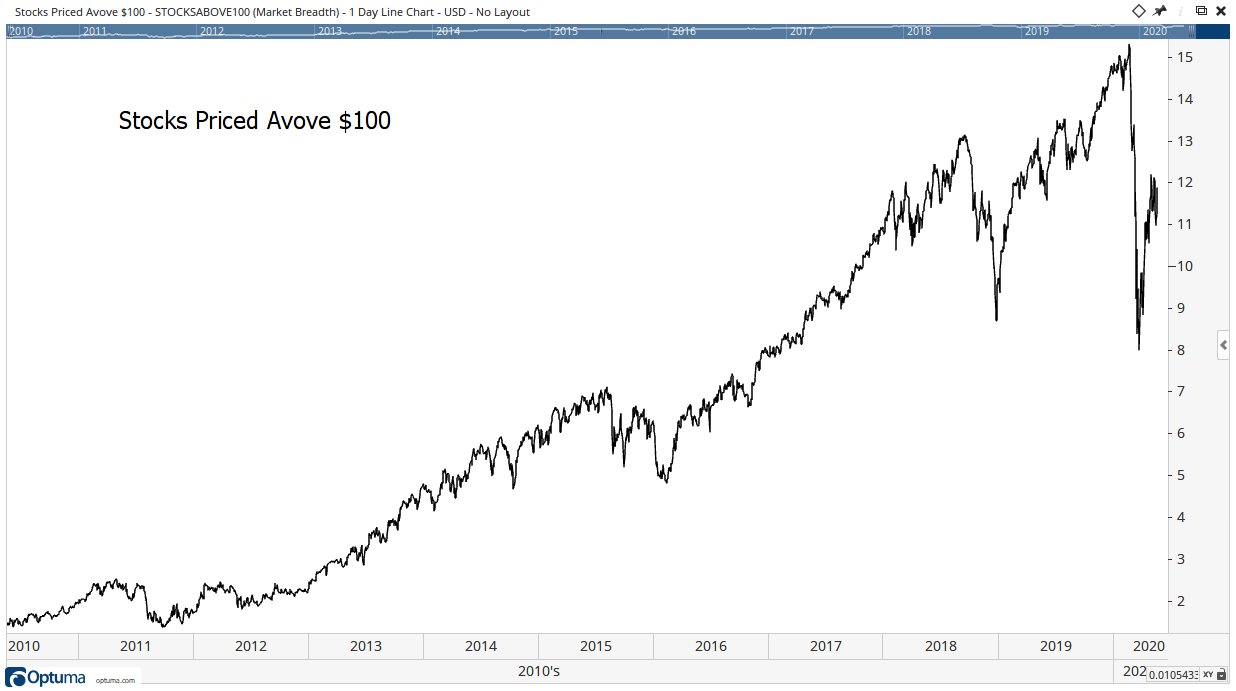 Splits never changed anything except investor accessibility. They did not affect any items on the income statement or other financial data. They simply allowed more investors to buy the stock.

This means they will react ruthlessly to a sustained bear market. Individuals no longer view an extended decline as an opportunity to build positions in safe companies. They will panic as losses mount and sell indiscriminately.

The increase in share prices tells us that stocks are for trading rather than investing.