Europe’s Deep Economic Crisis Might Not Have a Solution 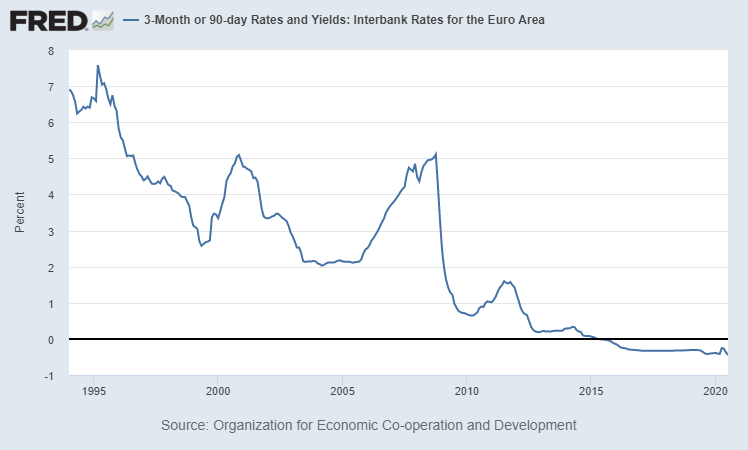 The European Central Bank faces more challenges than the Fed. The European Union consists of 19 independent nations. There is no central authority like there is in the United States.

In some ways, the EU is similar to the government of the Articles of Confederation, an agreement the U.S. quickly found to be unworkable.

One reason the loose confederation failed in the U.S was because each state had different goals. Pursuing separate economic objectives created tension.

In Europe, the same problem exists, even if it isn’t widely acknowledged. The chart below shows a wide gap in growth over the past twenty years. Ireland’s economy grew by more than 77% while Greece’s contracted by 21%.

Economic Growth Around the World 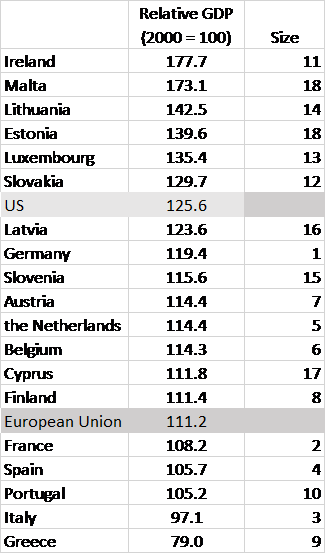 In this case, the three countries are so far from normal that they should pursue different policies. But they can’t.

Steps taken to accelerate growth in Greece or Italy are likely to spark inflation in the top performing countries.

There is no easy solution for the European Central Bank, but the table reveals another troubling problem for the bank. Three of the largest nations in the union report below average growth. That means growth in the EU is likely to slow even more.

Within a decade, it’s possible the EU will look more like Greece than Ireland. And that is a problem for the global economy. China, India and other emerging economies depend on Europe’s ability to import their goods for growth.

To avoid that problem, the EU is likely to evolve and create a two-tiered system. That will change Europe and unlock the growth potential of the best performing members of the union.

At the same time, it will create uncertainty and wreak havoc in global markets. For now, havoc seems to be the best case scenario for Europe.

The Next Market Decline Will Be Catastrophic