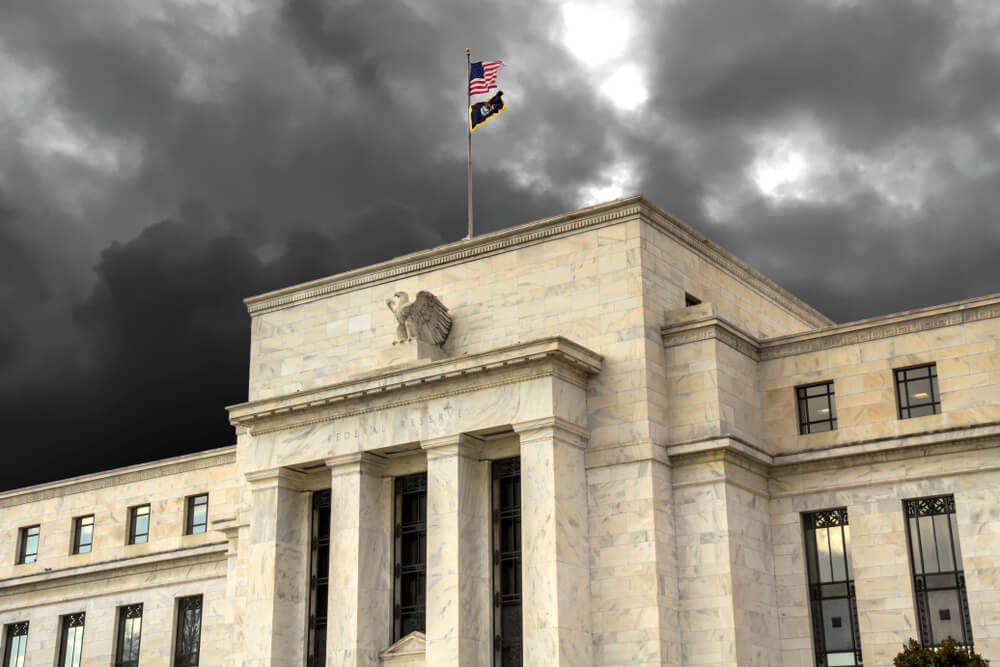 The Federal Reserve on Wednesday left interest rates near zero and repeated a vow to do what it takes to shore up the U.S. economy amid an ongoing coronavirus pandemic that will not only “weigh heavily” on the near-term outlook but poses “considerable risks” for the medium term as well.

“The Federal Reserve is committed to using its full range of tools to support the U.S. economy in this challenging time, thereby promoting its maximum employment and price stability goals,” the central bank said in a statement at the end of a two-day policy meeting held via videoconference.

In a matter of weeks the U.S. economy has gone from historically low unemployment to seeing more than 26 million people file for unemployment benefits and the sharpest plunge in activity since the Great Recession, as authorities across the country shut down large swaths of industry and commerce to slow the spread of the novel coronavirus.

In its statement the rate-setting Federal Open Market Committee sketched the extent of the pandemic’s effect so far, noting that “weaker demand and significantly lower oil prices are holding down consumer price inflation” and that “disruptions to economic activity here and abroad have significantly affected financial conditions and have impaired the flow of credit to U.S. households and businesses.”

The public health crisis “will weigh heavily on economic activity, employment, and inflation in the near term, and poses considerable risks to the economic outlook over the medium term,” the Fed said.

“The more significant comment is that the FOMC is concerned about the downside risk to the economic outlook over the medium term, suggesting they will remain extraordinarily accommodative in policy for several years to come,” said Guy LeBas, chief fixed income strategist at Janney Montgomery Scott in Philadelphia.

“When they stick their necks out and say they will use all their ammo, that’s a significant statement of support,” LeBas said.

The meeting was the first held by the Fed since it took emergency steps in March and April to stabilize financial markets, slashing interest rates to near zero and throwing a credit lifeline to businesses and local governments.

The Fed said it expects to maintain the target range for its benchmark overnight lending rate at the current 0% to 0.25% “until it is confident that the economy has weathered recent events and is on track to achieve its maximum employment and price stability goals,” the same phrasing it used in its last policy statement on March 15.

It also said it will continue to buy U.S. Treasuries and agency residential and commercial mortgage-backed securities in the amounts needed to support smooth markets, and to offer large-scale overnight and term repurchase agreement operations.

U.S. stock markets pared some of the day’s strong gains after the release of the statement, but the benchmark S&P 500 remained on track for its largest daily gain in nearly two weeks.

Yields on U.S. Treasury securities were little moved, while the dollar edged lower against a basket of key trading partner currencies.