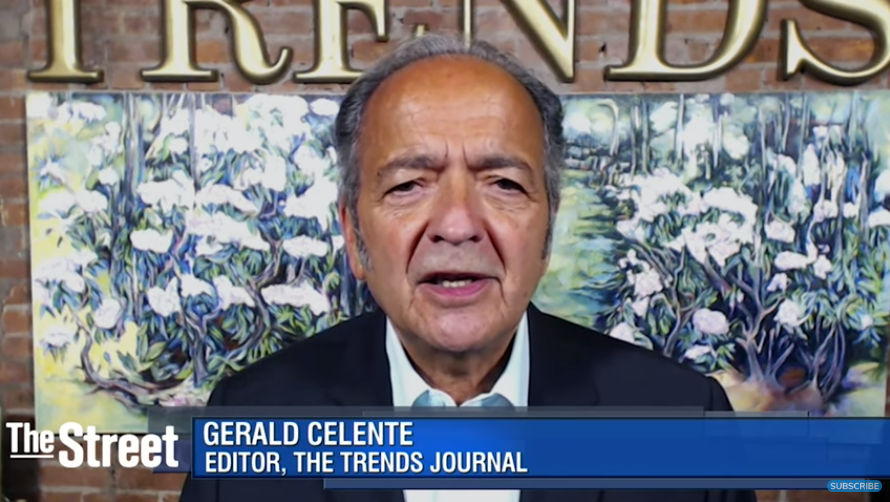 Trends Journal Publisher, market strategist and forecaster Gerald Celente said in a recent interview that the U.S. Federal Reserve, in order to placate President Donald Trump and the stock market, will venture into zero and negative interest policies by this time next year.

Celente was on the Money Metals Podcast with host Mike Gleason, where they started out discussing the Federal Reserve’s latest easing-but-don’t-call-it-quantitative-easing strategy of pumping digital currency into the U.S. repurchase (repo) market. Celente called the new money “a scam. It’s make-believe money,” sounding very much like economist and precious metals expert Peter Schiff and Money and Markets contributor Bill Bonner, who both often rail against the Fed’s “funny money.”

But Celente, speaking quite frankly, took things to another level, adding mobster-esque ending to the word “banker.”

“And you got these little slimer, low-life central banksters. I mean, remember these are private banks. Let’s get the word Federal Reserve off it. There’s nothing Federal about it,” Celente said. “And we just heard from the top bankster there, Jerome Powell, saying that interest rates are unlikely to change as long as growth continues. What growth is he talking about? The only growth that they’re talking about are the equity markets, and the equity markets have nothing to do with the growth of the nation or the growth of the average person.

“So, all this is is one big sham to keep what morons, imbeciles and jerks call ‘investors’ into the market so they could keep making more billions. They’re not investors, they’re gamblers — and they’re addicted.”

Celente then went on to hammer “low-life Powell” for his 180-degree turn on monetary policy back in January when he and the Fed hit “pause” on the central bank’s run of raising interest rates, which originally had three hikes scheduled for 2019.

Instead, we got three cuts, the first three cuts in more than a decade.

“They were expecting two to three interest rate increases in 2019, and on Jan. 4, despite very high job numbers on that Friday, said that they were going to be, ‘patient in raising interest rates’ because they’re concerned about the markets, because they just had the worst December since the Great Depression. So all they’re doing here is dumping money into the marketplace to keep the gamblers happy, and the banksters are nothing more than the money junkies. They’re giving them the fix.”

That’s when the conversation turned to interest rates and how Trump said markets would be 25% higher than they are if the Fed lowered rates — while the S&P 500 is already up 45%, Dow up more than 50% and the Nasdaq up 60% since he won the 2016 election.

“What do those numbers have to do with the average person? What does the S&P, Nasdaq and Dow have to do with anybody?” Celente quipped. “This money is only going to pump up the markets. And it’s all fake money. Digital money backed by nothing and printed on nothing.”

And next up, Celente said, are zero and negative interest rates (ZIRP and NIRP).

“Well, we’ve been forecasting that we’re going to see by this time next year … like maybe a year from October, you’re going to see negative or zero interest rate policy,” Celente said. “And that’s going to keep boosting the market up artificially. And (Trump is) going to do everything he can. Wall Street doesn’t … like him, but they don’t want the markets to go down. So they’re in a catch-22 — stay with Trump and keep getting low interest rates because of the pressure that he’s putting on the Fed.

That’s when the topic of conversation switched to the 2020 election, with Gleason saying “it looks like the Democrats are doing whatever they can to lose” with Russia-gate and now impeachment, an issue he says is more likely to hurt Democrats than Trump. And, even if the House impeaches, the Senate is unlikely to convict, Gleason said. And the fact that some of the Democratic front-runners like Warren and Sanders are “socialists” makes them largely unelectable, Gleason wondered aloud.

“Well, again, we’re forecasting Trump the winner as it stands now. And there are always the wild cards. Nobody can predict the future. There are too many wild cards,” Celente replied. “And I wouldn’t call Bernie Sanders or … Warren ‘socialists.’ I call them stupid people.

Editor’s note: What are your thoughts on the U.S. going with zero and even negative interest rates, which would clearly make borrowing far cheaper but would really hurt savers? Share your thoughts below and take our poll below. 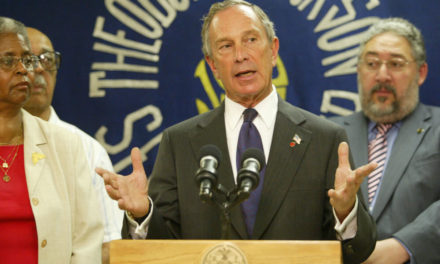