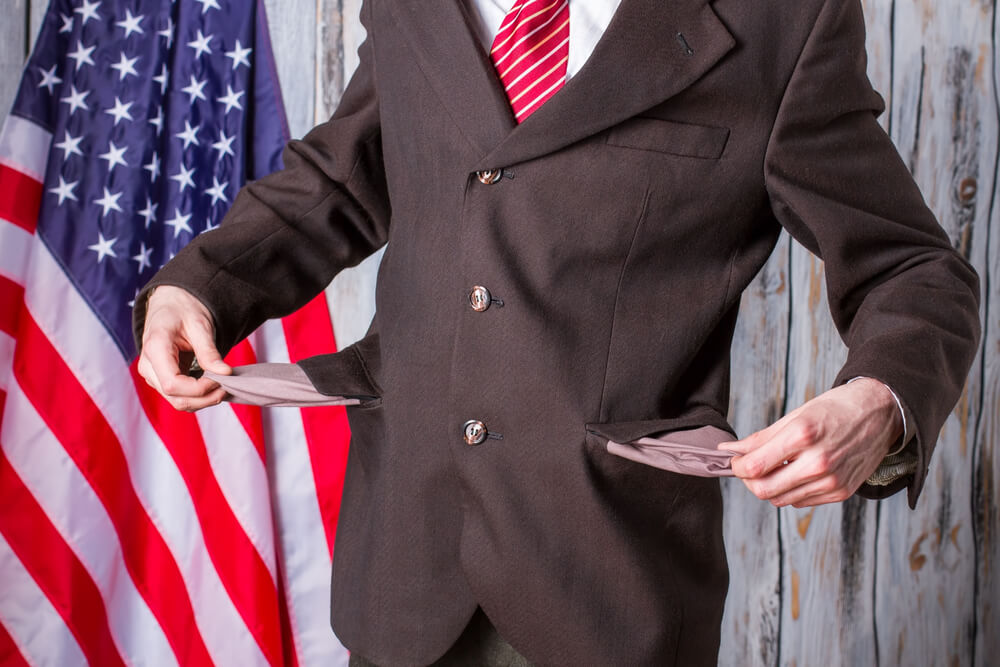 And as bad as things are here, this will be even worse overseas, where the demand for dollars is keeping the domestic market starved as well.

While we’ve spent weeks locked in our homes under some version of house arrest, voluntary or otherwise, the main discussion has been whether emerging from our homes would be worse than staying locked down.

But, as always in politics, that’s the wrong discussion. Because that calculus hasn’t been on the table for most of the lockdown, period. Because the numbers from COVID-19 never justified — except in very specific places with very specific factors — locking down the general economy.

And now, to justify the fear over this virus, the argument has shifted to suppressing the “second wave” to minimize deaths. But what has also been lost in this argument is the nuance concerning the economic impact of it. 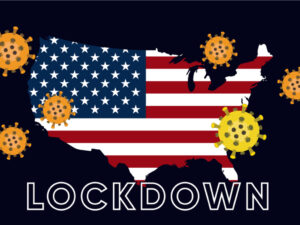 Now we’re finally starting to see what the real second wave of coronavirus will look like: local and state government bankruptcies.

From the beginning of this crisis, I’ve argued that the biggest problem we face was not the surge in demand for health care services, it was the cascading effect of millions of jobs lost in the private sector while tax coffers were still full enough to keep governments at or near full employment.

When the tax producers aren’t working, how can tax consumers (governments) still afford to pay themselves salaries?

The answer is, of course, they can’t.

That is unless the federal government steps in and creates money out of thin air to make up the difference, but that doesn’t solve anything. John Maynard Keynes argued that the reason governments should get involved is because wages are sticky. People won’t revalue their wants and needs quickly enough to accept lower wages. Unemployment insurance only exacerbates this tendency.

But that effect is nothing compared to the stickiness of government spending, especially in the age where politicians at the federal level can be seen as white knights dispensing manna from the Magic Money Tree to save us from evil.

It hides the real truth. It is government that is sticky, and government bankruptcies will be the real second wave from this pandemic.

We’ve lost more than 20% of the work force in the past seven weeks, but less than 3% of that total is government workers. The latest report from Bloomberg has the news service lamenting that around 1 million jobs have gone away from government payrolls at state, local and federal levels, mostly in education.

Bloomberg buries this reality at the bottom of the article, leading with how horrible the pain is and how the federal government isn’t helping them enough. But the reality is this is their problem, not the Trump administration’s. Here’s the money shot (literally):

It typically takes many months for economic slowdowns to affect government revenues. Following the last recession, local governments didn’t start cutting jobs deeply until mid-2009, when it was officially coming to an end.

But this time the speed and scale of the downturn is spurring some governments to act more quickly. Rochester, New York, announced the city would cut 17 positions and that its remaining 386 employees would be subject to furloughs or “work sharing,” which the city said would save $2.1 million.

Outside of education, only 332,000 jobs have been cut around the country. That number needs to rise by a factor of 10 to alleviate the burden on what’s left of the private sector. When more than 25% of GDP — pre-crisis — was government spending and the economy is shrinking by a projected 20% or more in Q2, how is it even reasonable in anyone’s mind that governments have cut so little?

The smart ones are facing up to this reality now. They have bills to pay and services not being used.

And the reason for this is the $3.9 trillion municipal bond market, which cannot be serviced when tax revenues are collapsing at record speed. So the Fed will try bailing out some of that market to protect the banks that have heavy exposure to it. But state pension funds are now also vulnerable and there isn’t enough money on the Magic Tree to cover the promises.

The response from governments in heavy debt will be to hold the line on taxes while inventing new ones. That’s where all these fines for violating “social distancing” rules come from.

It’s not about exercising power over growing discontent. It’s about salvaging budgets bloated by decades of QE, and low interest rates spurring investors to look for guaranteed returns.

Those days are over.

As investors, we need to realize just how bad things are going to get and how there is no easy recovery from this new nightmare. Sure, people are going back to work but the customers aren’t there.

The proportion of our economy funded by people without a profit motive where they respond to your needs has risen sharply. Every time they debate another $3 trillion stimulus bill in D.C., it further empowers the parasite class.

So we have the perfect storm upon us: D.C. acting like saviors to bribe their favored sons while local governments ratchet up taxes, and the private sector choked of any real capital thanks to trillions in bailouts keeping assets well above a clearing price.

And as bad as things are here, this will be even worse overseas, where the demand for dollars is keeping the domestic market starved as well.

The result will be the destruction of the purchasing power of the dollar domestically while it maintains it internationally, crushing U.S. exports while simultaneously keeping the boot heel of taxes on the productive economy’s neck, eventually forcing government bankruptcies.

And you wonder why gold is spiking into the weekend? 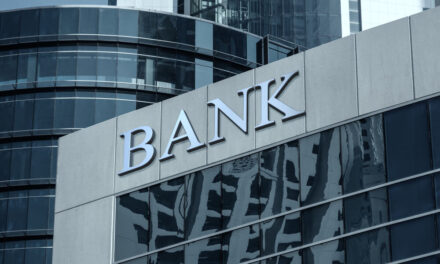