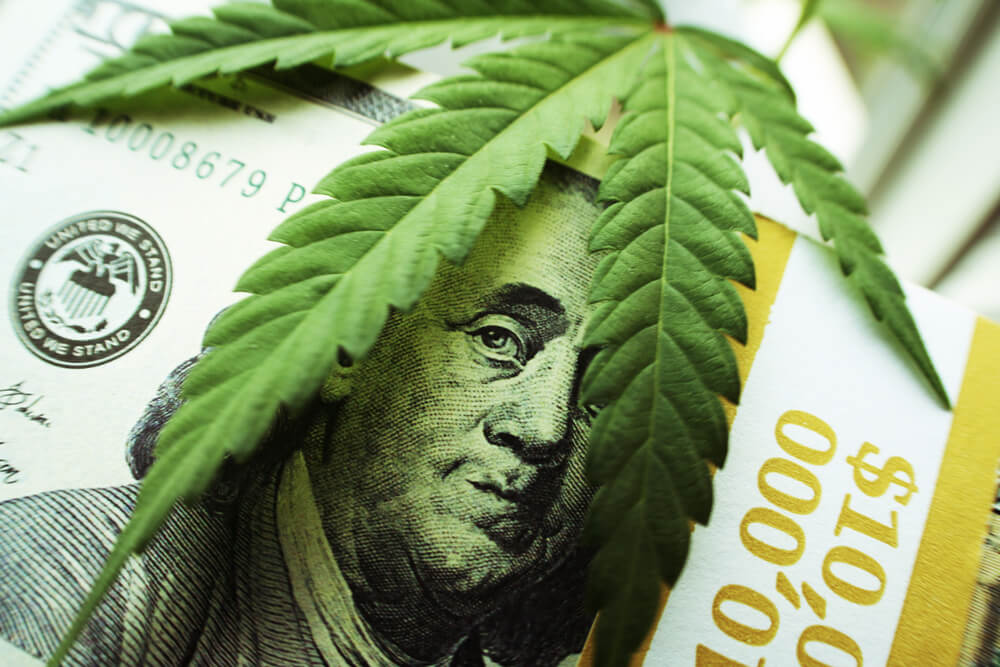 At one point, cannabis stocks were viewed as the next big investment opportunity.

But after a high (no pun intended) in 2018, the market for cannabis stocks came crashing down. Big players in the industry have taken a nosedive in 2019 and that trend looks to continue into 2020. 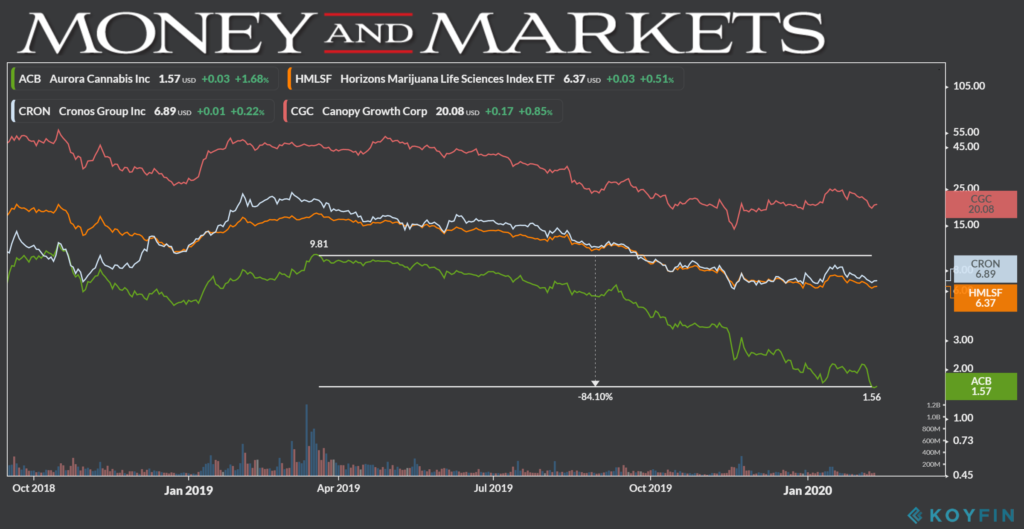 In fact, Aurora Cannabis stock has seen the largest decline — a whopping 84% — since March 2019.

That’s worse than the drop in the Horizons Marijuana Life Sciences Index ETF (Over-the-Counter: HMLSF). That ETF is down around 50% since March of last year.

So, let’s examine the question of why cannabis stocks continue to struggle. 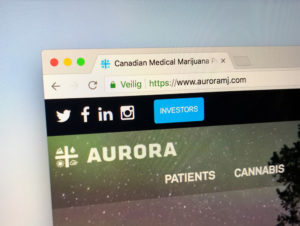 That’s been a big internal problem for some of the biggest cannabis companies of late.

Canopy shares ticked up briefly after the announcement but trickled back down again into January 2020.

That move, however, only brought Aurora stocks up slightly. But like Canopy, the rally was short-lived and shares are back down again.

“I think people are looking for quality management teams that can effectuate a turnaround and have experience operating in a tighter environment than some of these early C-level teams,” Ello Capital chief executive Hershel Gerson said.

That’s a big reason why cannabis stocks continue to struggle.

No Profits, No Love

Another thing investors love is when a company makes a profit — and that’s another area where cannabis companies have fallen short thus far.

According to a report from Bloomberg, large Canadian pot producers have on average only 6.5 months of cash on hand. U.S. companies average 14.4 months by comparison.

That raises a big red flag to Wall Street analysts.

The issue is cannabis companies lack large financial backing, something they sorely need to become profitable. Gerson said investors would buy into pot companies, but only if the circumstances were right.

The news gets worse for Aurora as the company is expected to report a Q3 2020 rife with headwinds from the cannabis industry.

Cannabis stocks continue to struggle because of a lack of profitability and cash on hand to fund operations and expansion.

Light At the End of the Cannabis Tunnel

The good thing about the dip in cannabis stocks is that prices are remarkably low. Several cannabis companies — either traded on an exchange over the counter — are down below $20 per share. 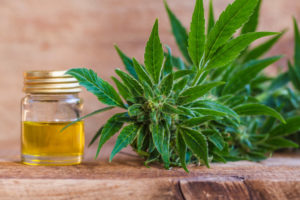 Another potential bright spot is that investors may be reacting to short-term pricing. Additionally, the spike in cannabis stocks could be attributed to an overvaluing of the companies.

That could be good news for investors as cannabis-related companies could be at more reasonable and realistic valuations now. That could prompt private equity firms to look at those companies for future investment.

As more and more states look to legalize cannabis for recreational and medical use — currently 33 states have it legalized for medical while 10 have legalized recreational use — the market will continue to expand.

This could lead to enhanced growth for those cannabis stocks that continue to struggle. 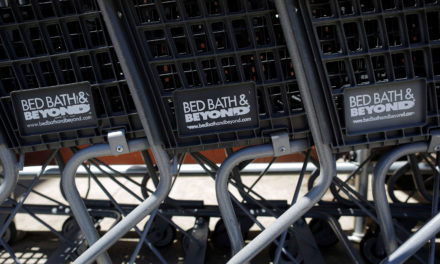 Weak Sales Drive Bed Bath & Beyond Stock Into the Toilet