A Double-Dip Recession Is Still Possible 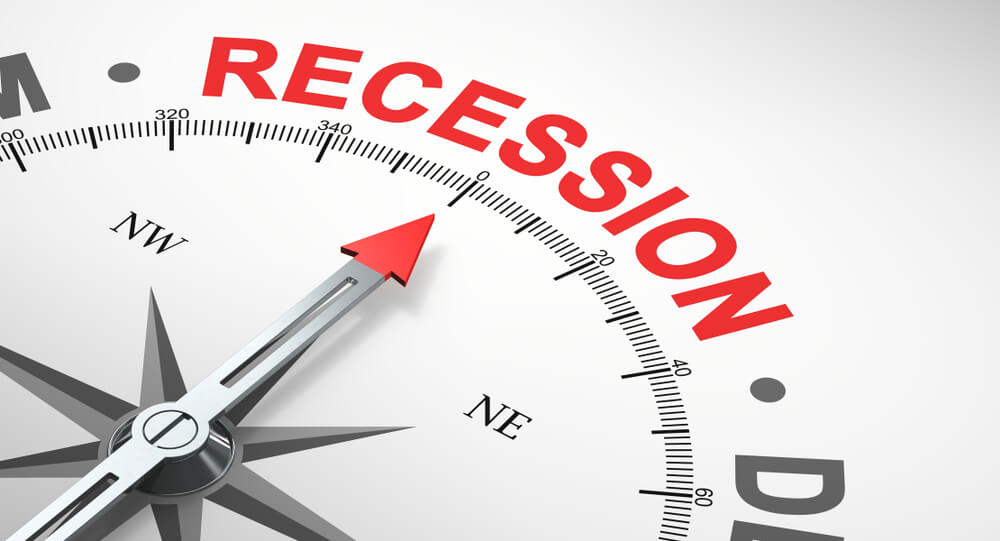 Housing data is usually boring to comb through, but analysts still review the monthly reports because when there is an exciting piece of news, it’s almost always important to investors.

In this month’s data, there was important information buried in the data.

Earlier this month, we learned, according to the National Association of Realtors, that: “As of the end of January, housing inventory fell to a record low of 1.04 million units, down by 25.7% year-over-year — a record decline.”

So this week’s headlines about home prices make sense. Given the decline in supply, we’d expect to see prices rising. That’s exactly what’s happening — home prices are shooting up.

The Wall Street Journal reported: “The S&P CoreLogic Case-Shiller National Home Price Index, which measures average home prices in major metropolitan areas across the nation, rose 10.4% in the year that ended in December, up from a 9.5% annual rate the prior month. December marked the highest annual rate of price growth since January 2014.”

The chart below shows how rarely prices move this fast in one year. 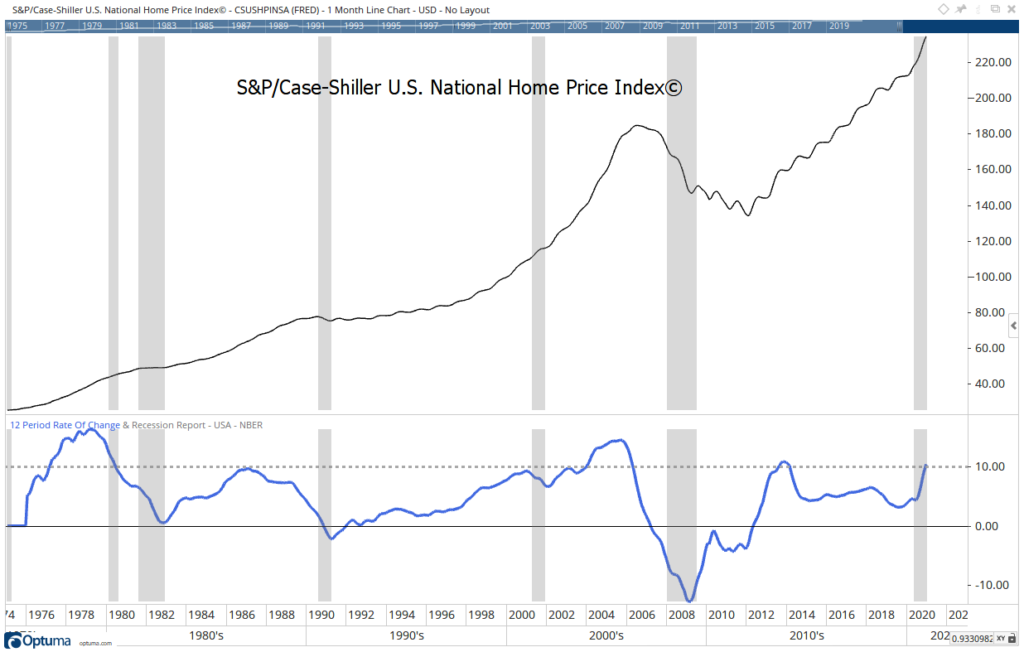 The price index is at record highs. The 12-month rate of change is at the bottom of the chart. There have only been three other times when the housing market was this strong.

The first time was in the late 1970s, and the gains were driven by high inflation. In the early 2000s, a bubble developed in the housing market as lenders relaxed lending standards. In 2013, the market briefly overheated after the six-year bear market ended.

In previous recessions, home prices fell. The recovery in housing helped the broader economy pull out of recession. It seems unlikely the housing market can do that this time.

That means the likelihood of sustained expansion in the economy is low, and the probability of a double-dip recession is rising. 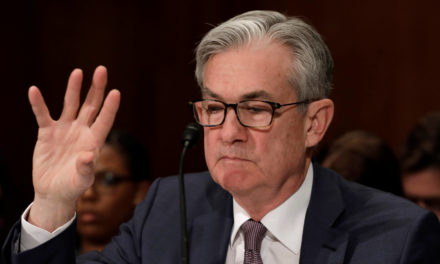