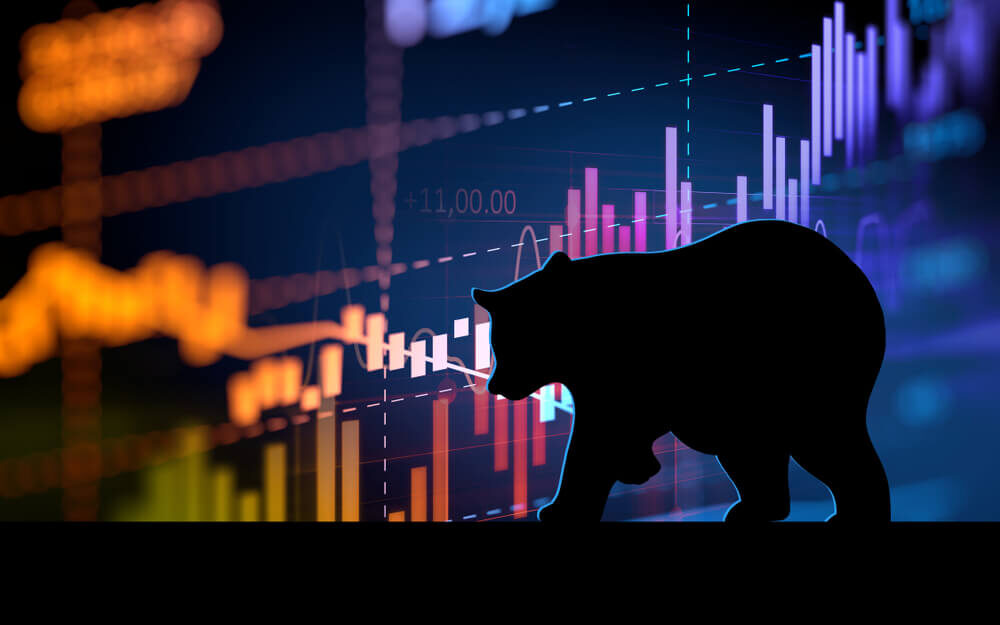 Experts usually define a bear market as a 20% decline in a major market average.

Traditionally, the Dow Jones Industrial Average is used because it offers the longest history, though many analysts rely on the S&P 500 since it is more representative of the broader market. 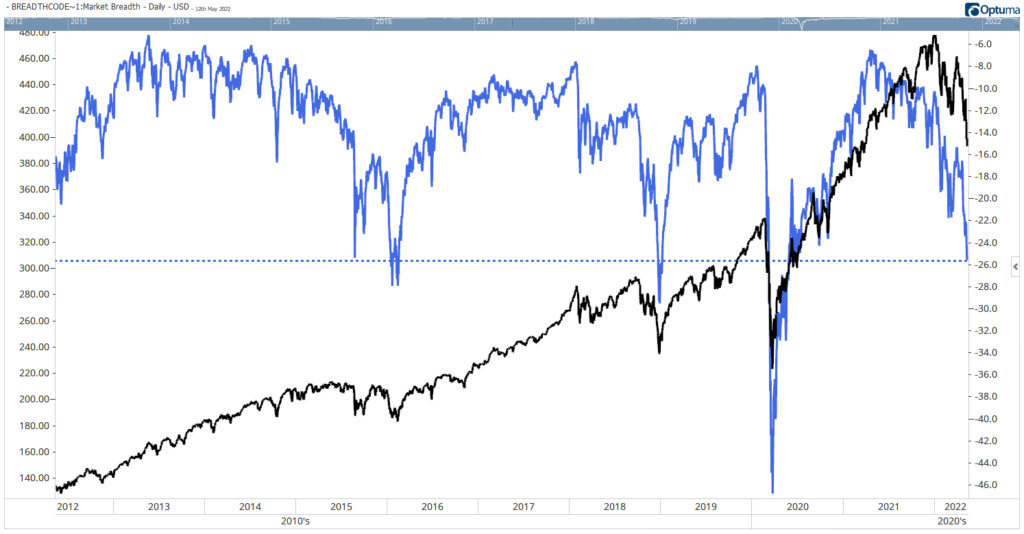 The blue line shows the average drawdown from the 52-week highs for the stocks in the index. The dashed line shows the current level of that indicator. The black line is the S&P 500.

This is just the fourth time the indicator has reached this level in the past 10 years.

In 2018, the indicator fell as the S&P 500 declined 19% in just three months. China and the U.S. were imposing tariffs on each other’s goods in a trade war. At the same time, the Federal Reserve was raising interest rates. The indicator bottomed at 29.3%.

This chart shows the average stock is already in a bear market. That means the average investor is already experiencing a significant loss of wealth. That sets up the potential for additional selling as investors review their accounts. Seeing losses mount, many will sell. That could lead to a steeper decline.

This is yet another signal showing we are at a critical level. If the indicator reaches 30%, we can be certain a bear market is at hand.

Rather than waiting, it makes sense to take action now. Get defensive now instead of waiting for the experts to confirm the arrival of the bear market. 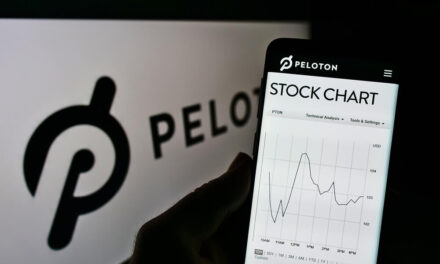 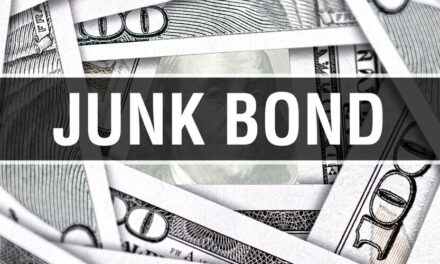 Junk Bonds Flash Sell-Off Warning — How to Trade It