Inflation is low and could be for years. But some activists want inflation because that would, somehow, make life fair.

Activists are pushing for a $15 an hour minimum wage across the nation. The chart below shows why this is inflationary.

A Dollar Goes Further in Some States 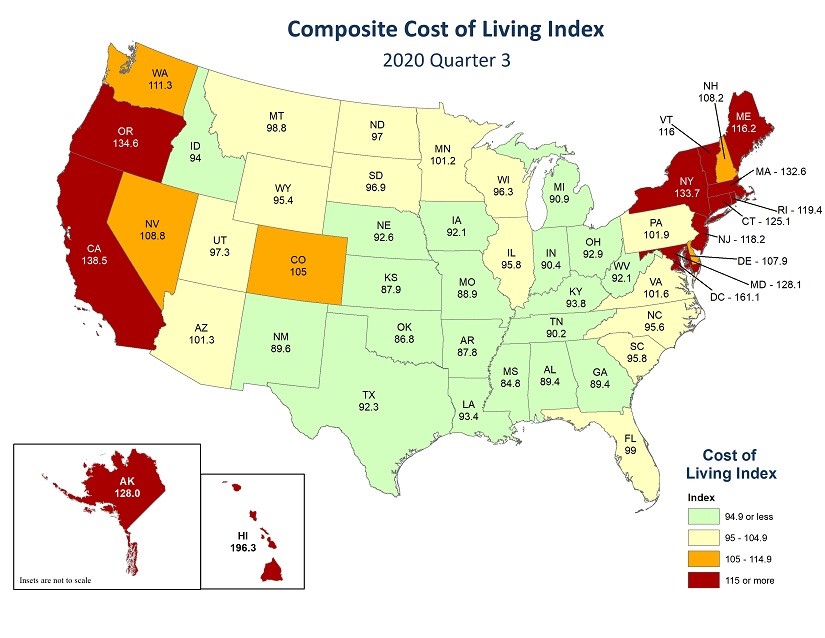 It costs 15.2% below the national average to live in Mississippi. But the cost of living is more than 30% above average in Oregon, California, New York, Massachusetts and Hawaii. In other words, $15 will go a lot further in Biloxi than Honolulu.

How a $15 Minimum Wage Will Trigger Inflation

Overpaying for labor in some parts of the country could lead to too much money chasing too few goods in those communities. That’s inflation.

Businesses may shut down because higher labor costs create operating losses. That’s a potential catalyst for a recession.

It’s a problem that investors can no longer ignore. Florida voted in favor of raising the state minimum wage to $15 an hour from $8.56 by 2026.

The Biden administration will also prioritize this. Since first announcing his campaign for president, Biden has said it’s “well past time that the minimum wage nationally be a minimum of $15.” The federal minimum wage has been $7.25 an hour since 2009.

There’s no rational basis for a nationwide minimum wage of $15 an hour. According to NPR, “the $15 number itself, nice and round, easy to fit on a bumper sticker” came about by accident.

There’s no doubt a $15 minimum wage is justified in some parts of the country. But as a national policy, it sows the seeds of inflation and risks economic problems that exceed any benefits the policy might offer.

It’s hard to believe, but investors may suffer a bear market because of an idea that is “easy to fit on a bumper sticker.”