Home » Chart of the Day » Inflation Fears Continue to Grow 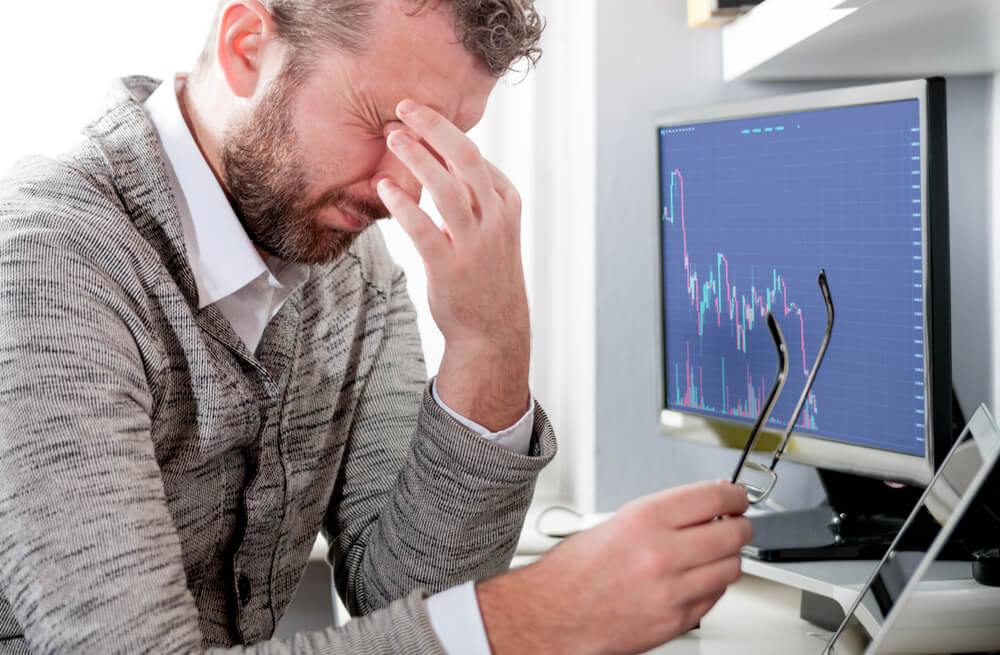 Last week, the Federal Reserve announced plans to add half a trillion to the economy by next summer. That’s not exactly what they said, but that is the outcome of the decision to taper its bond purchases.

The Fed actually said that it would reduce the amount of Treasury and mortgage-backed securities it buys each month. If the Fed follows the schedule it announced, those purchases will total $540 billion by next June. That’s a lot of money.

Some economists are concerned that money from the Fed and additional spending from Congress is starting to become inflationary. Consumers are also worried.

According to the latest data from the Federal Reserve Bank of New York’s Survey of Consumer Expectations, the median year-ahead inflation expectations of consumers jumped to 5.7% in October, up from 2.5% before the pandemic shut down the economy. This is the blue line in the chart below. 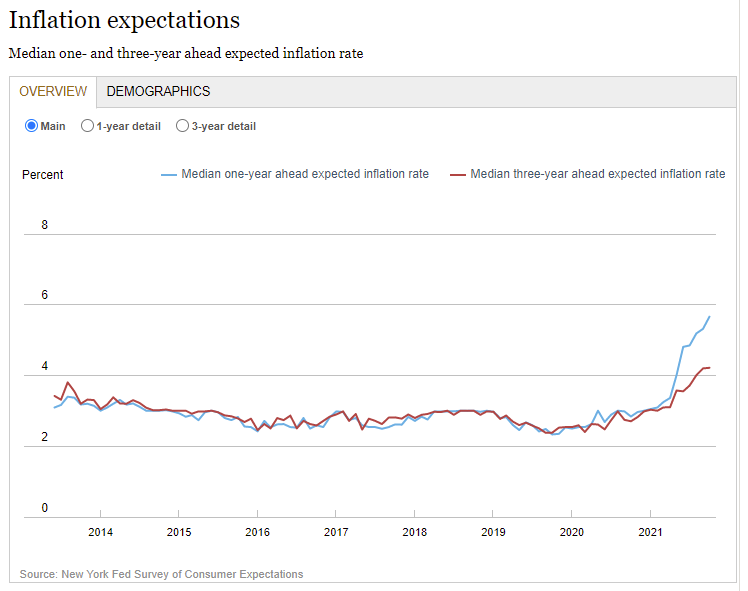 The red line in the chart shows inflation expectations for the next three years. At 4.2%, that value is also at an all-time high.

Not surprisingly, older consumers who remember the inflation of the 1970s are more concerned about inflation. Those over 59 expect inflation of 6% in the next year and inflation averaging 4.9% over the next three years.

Older Americans also spend more than average on housing expenses. They also face higher medical expenses, on average, and medical expenses consistently grow faster than core inflation measures. They are worried that inflation will squeeze their lifestyles and overall health.

These high inflation fears and expectations could themselves become a source of future inflation. Consumers worried about inflation may spend quickly before higher prices reduce their purchasing power.

Inflation expectations could affect the economy in other ways. Older consumers may downsize as they worry about higher costs of living, which could lead to disruptions in the housing market. They may also cut back on spending as they save for future medical care, which would slow the pace of economic growth.

Inflation fears, and actual inflation caused by the Fed, could sink this economy. 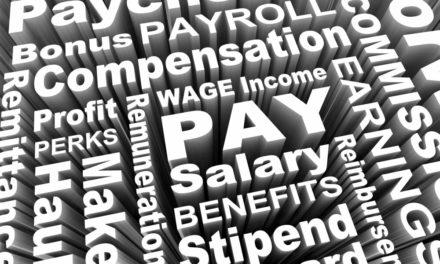