Home » Personal Finance Resources » Nothing Saved for Retirement? ‘Austerity’ Could Be Your Last Chance

Nothing Saved for Retirement? ‘Austerity’ Could Be Your Last Chance

You feel like your retirement is screwed. For whatever reason, you haven’t been able to save. You’re in debt, your stocks tanked and your 401(k) is woefully low on funds.

So what do you do?

A recent MarketWatch piece highlights one option  — unless you’re already at retirement age — that could end up saving you: the austerity program.

Half. That’s right, start saving half of your paychecks. As in now.

I know many people who got to age 50 and didn’t have a dime saved for retirement. Then they staged the greatest comeback of all time, and retired comfortably.

Austerity is defined as “conditions characterized by severity, sternness, or asceticism.” “Asceticism” is an even better word. If you want to retire comfortably, you will have to live like an ascetic. By choice. Or else you will be in your 80s, living like an ascetic, not by choice.

I know people who have partied it up well into middle age, then said, “Oh crap, I don’t have anything saved for retirement.”

This is super common. The people who start at age 23 (like me) are actually not very common. In 1997, I was buying issues of Money magazine out of the bookstore and picking out mutual funds.

So what does this austerity look like? You will have to start saving 50% or more of your paycheck every year. Sound bad? Hey, look, if you started when you were 23, you could get by with saving 10%-20% of your paycheck. Now you have to double up to catch up.

But the point here is that it can be done.

It’s not too late

So many people get to this point and they just say “screw it” and give up. They figure they’ll live off Social Security, or that their kids will take care of them. That is not a very good plan.

I know someone currently in this position. His mom ran out of resources in her late 70s and the kids have to pitch in to bail her out. It is embarrassing and awkward for everyone — especially because it was preventable.

Look on the bright side. Saving money can be fun, too. I derive satisfaction out of socking money away. Most of the time, investing is fun. It has been pretty easy the last 10 years.

Side note: Half of the population takes Social Security at age 62. Only 2% takes it at age 70. Your monthly checks are twice as big if you wait until age 70. Plus, you will have worked an extra eight years, so you’ll have more money kicking around. These days, 62 is not very old. You can, and should, keep working.

Being poor sucks. But there are few things worse than being completely broke in old age. That’s the motivation behind Social Security. But it turned out not to be enough. This is real! People suffer!

Time to get serious.

Austerity fixes all your problems:

This is probably the first time I speak like a motivational speaker. Quoting Rob Schneider from “The Waterboy”: “You can do it.” I have seen it done.

When properly motivated, people are capable of saving and investing. Almost nobody is motivated to do it at age 23. So pretty much everyone will end up in catch-up mode at some point in their lives. That’s normal.

Even if you start at age 45 or 50, you can make up for lost time with a little bit of compounding. You obviously won’t do as well as if you had started earlier, but it’s better than doing nothing.

Now I spend more money than I used to. But I have spent most of my life in some state of austerity. Austerity has enabled me to do a few really good things:

Yes, yes it would.

I sincerely hope that this article has helped you look at your situation a bit differently, whether you’re 23 or 43 or 63. 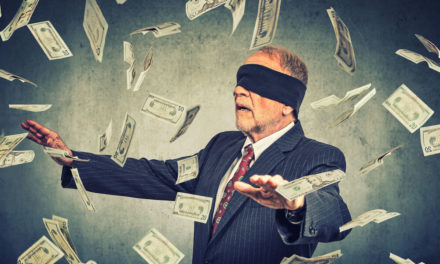 Study: Even ‘Top Earners’ Not Prepared for Retirement 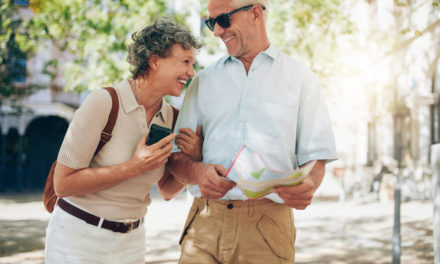