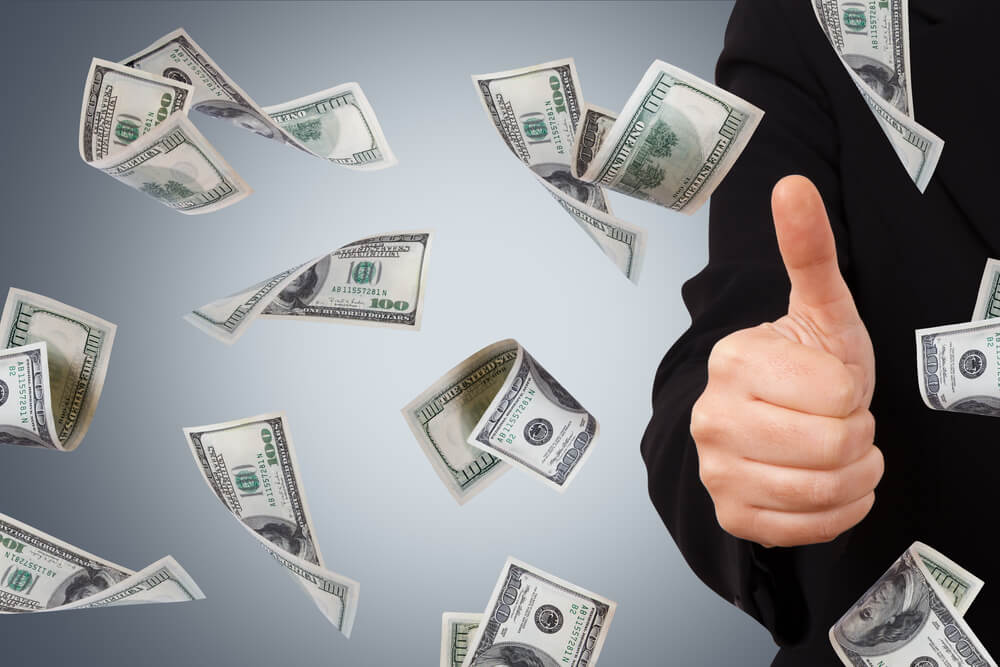 The Paycheck Protection Program was established as part of the COVID-19 stimulus package to help mom-and-pop shops and their employees survive through the ongoing and massive economic shutdown, but some larger companies are taking advantage.

As part of the recently passed Coronavirus Aid, Relief, and Economic Security (CARES) Act, the government set aside $349 billion (which is now all gone) to distribute to small businesses of less than 500 employees. The intention was to help tiny mom-and-pop establishments keep employees on payroll and avoid layoffs.

Lobbying efforts by restaurant chains and other big businesses have resulted in loans being created for larger companies as well, though.

Morgan Stanley found at least $243 million of funds in the Paycheck Protection Program have been sent to large, publicly traded companies. Some of the worst offenders have market capitalizations greater than $100 million.

DMC Global, the largest of the bunch reported, is worth $405 million. Its loan amount totaled $6.7 million. Fiesta Restaurant Group, worth $189 million while employing 10,000, received a Paycheck Protection Program loan for $10 million.

The Associated Press did a similar investigation and found at least 75 publicly traded companies received a combined $300 million in taxpayer-backed, low-interest loans.

“I think you’ve seen some pretty shameful acts by some large companies to take advantage of the system,” Schultz told CNBC.

Schultz thinks the government should be acting “as a backstop for the banks to give every small business and every independent restaurant a bridge to the vaccine. And that is the money and the resources to make it through.”

Shake Shack, a popular burger chain with a $1.7 billion market cap, announced it was returning its $10 million Paycheck Protection Program loan Sunday after securing long-term stability through selling off stock and other means.

Billionaire entrepreneur and Dallas Mavericks owner Mark Cuban agreed it wasn’t a good look for these large companies and warned “you’re going to kill your brand.”

“Shake Shack didn’t give the money back because they didn’t want the money,” Cuban told CNBC on Monday. “They saw what the public outcry was.”

Comparing these loan sizes to the typical loan most small companies get paints a picture of how far these funds could’ve gone for Main Street businesses.

The Small Business Administration said the average loan size was about $206,000, according to its April 16 report. By April 14, almost 1.7 million Paycheck Protection Program loans had been approved, totaling $342.2 billion. Loans amounting to at least $5 million had been given to 4,400 companies.

What’s Next for the Paycheck Protection Program

The SBA announced all $349 billion allotted to the first-come-first-serve loan program had been accounted for, and it was “unable to accept new applications for the Paycheck Protection Program based on available appropriations funding.”

House Speaker Nancy Pelosi, D-Calif., and Senate Minority Leader Chuck Schumer, D-N.Y., have been working with the Department of the Treasury on a bill to increase funding, which was close to complete Monday.

Schumer noted the bill could be passed Tuesday.

“I think we will be able to pass this today,” Schumer told CNN.

The deal could include an extra $310 billion for the Paycheck Protection Program, including around $60 billion reserved for the Economic Injury Disaster Loan program, and another $60 billion allocated to rural and minority groups.

Social Security Projected Insolvent by 2035. COVID-19 Is Moving That Date Up