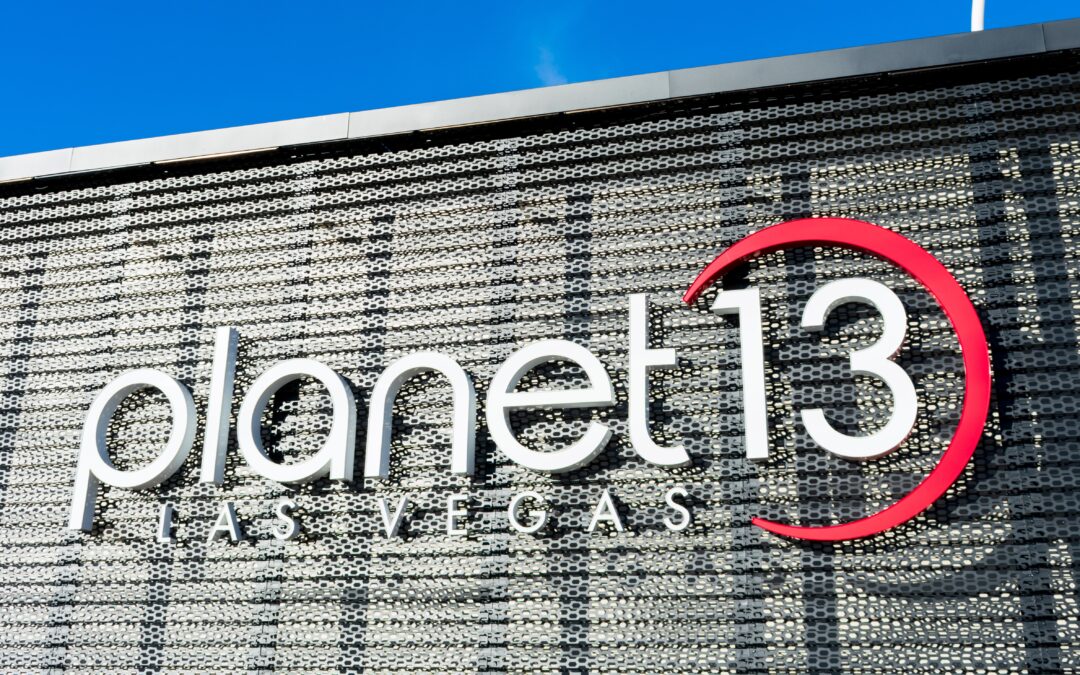 The cannabis market got a nice shot in the arm after the results of the 2020 presidential election.

It multiplied last week when Georgia voters flipped the U.S. Senate from Republican to Democrat-controlled.

I’ll talk more about the politics of cannabis in my next Marijuana Market Update later this week.

But one thing that’s happened is that cannabis stocks have jumped in value.

Our new Cannabis Watchlist company has been part of that rise and will continue to provide investors, like you, with profits into 2021.

Before I reveal the company, though, you need to understand something about the cannabis industry as a whole.

The Rise of Cannabis Stocks

Cannabis stocks hit a bottom in March, rebounded, then inched back down again.

You can see that in the chart below of The Cannabis ETF (NYSE: THCX), a basket of cannabis stocks including GrowGeneration Corp., Aphria Inc. and Aurora Cannabis Inc.

That fall lasted until November 4.

Since the day after the 2020 presidential election, shares of THCX have jumped to a new 52-week high as of last week. 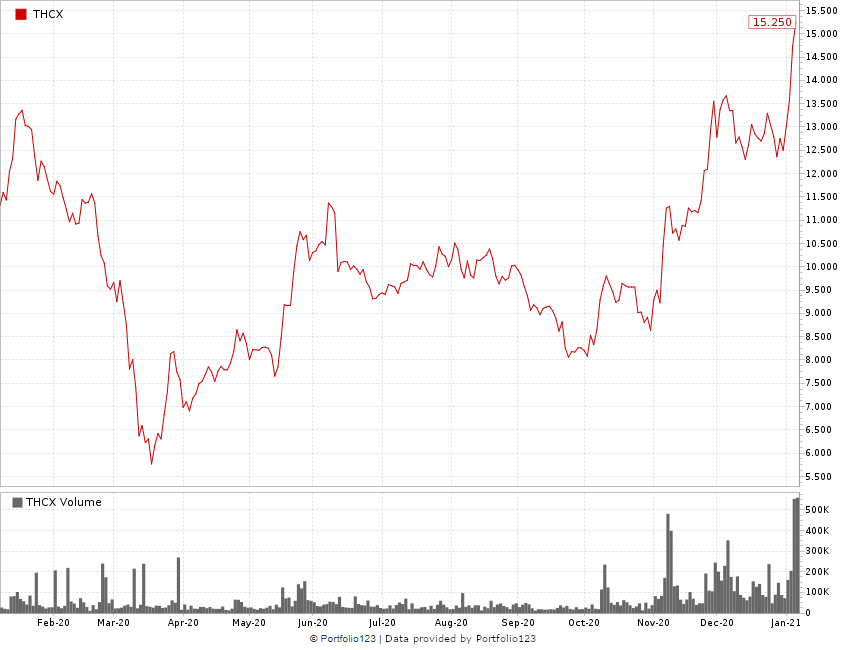 That has left it a little difficult to find a cannabis stock that isn’t on the border of being overvalued.

However, with cannabis stocks (as I’ve told you before), they can’t be judged the same as traditional stocks.

So, I dug, and I researched, and I found the newest addition to our Cannabis Watchlist.

Our new addition to the Watchlist is Planet 13 Holdings Inc. (OTC: PLNHF). 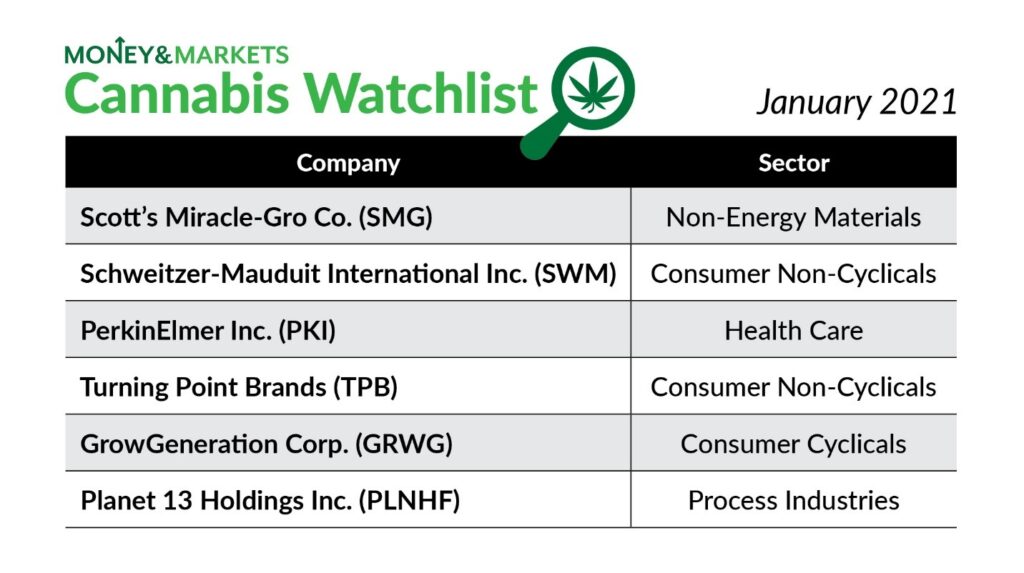 I’ve talked about this company before in my Marijuana Market Update on our YouTube channel in videos titled:

Planet 13 has branched out from where it started in Nevada and obtained a license to sell recreational marijuana in California.

This will provide a huge boon for the company once its store is up and running.

And this is not your traditional cannabis shop that occupies a small storefront. It has 40,000 square feet of entertainment space and 16,500 more square feet of cannabis retail space. 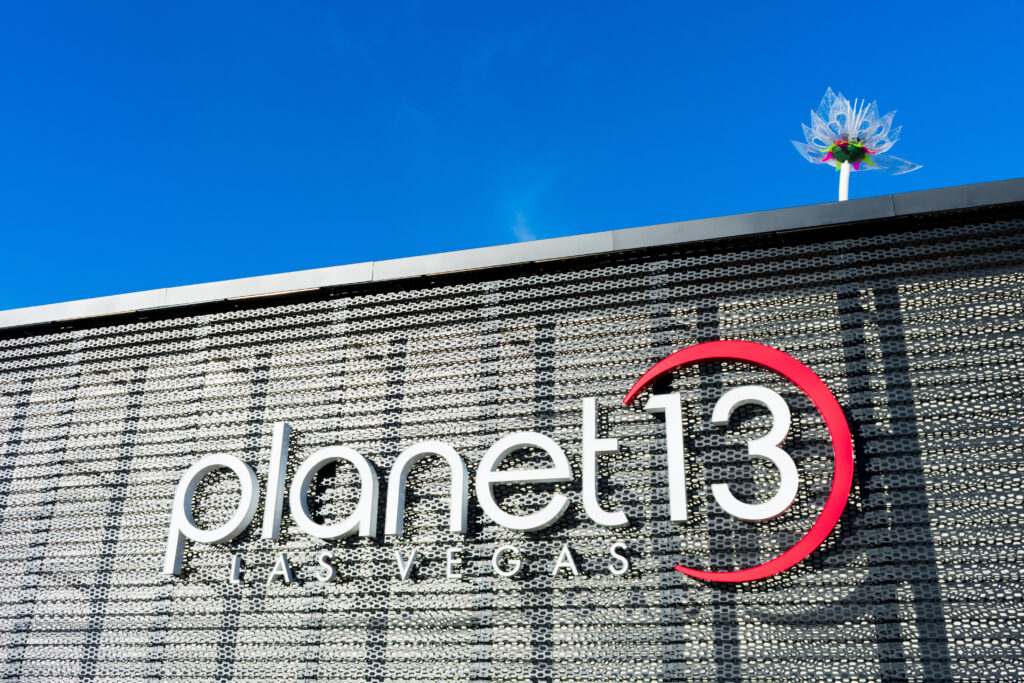 Planet 13 plans to mirror the concept for its first California location, in Santa Ana.

It will be huge!

What Happens in Vegas … Explodes in Vegas

The only number I needed to see to convince me of the strength of Planet 13 was 111. 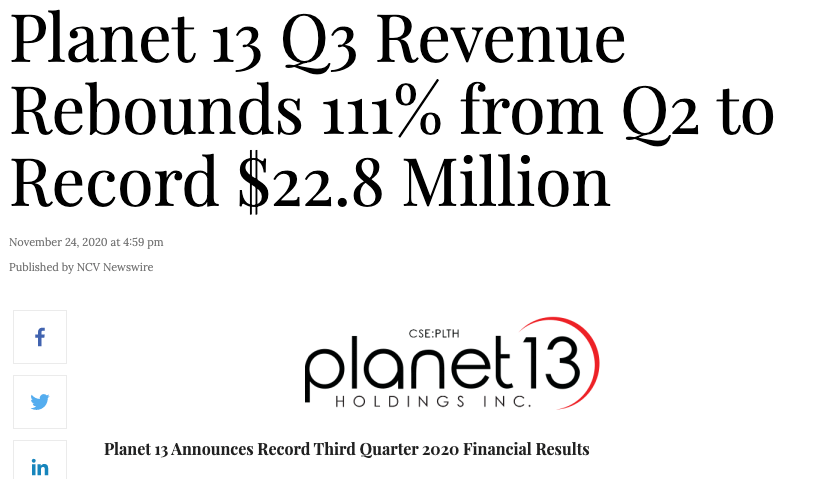 This was despite its superstore in Las Vegas only operating at 50% capacity due to the coronavirus pandemic.

Its stock price has followed suit.

In November, the company closed a $22.5 million public offering and opened its Medizin dispensary in Las Vegas to complement its superstore. 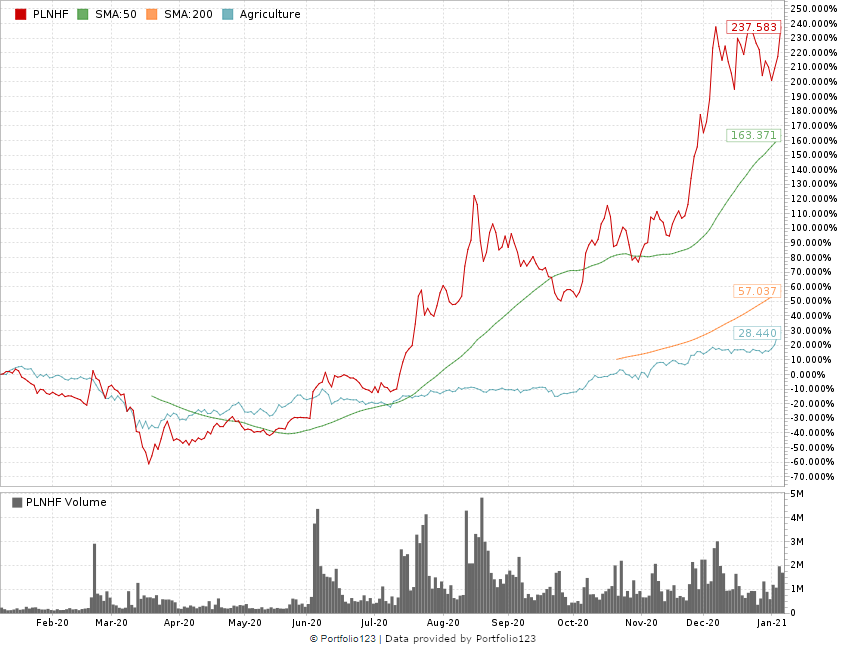 However, I think the company has a lot more room to run.

In June of last year, the company announced it was buying California dispensary Newtonian Principles Inc. in a cash and stock deal valued at $4 million.

The acquisition included Newtonian’s California cannabis sales license and a 30-year lease for a dispensary in Santa Ana.

First, Planet 13 got a bargain because the initial negotiated price for the acquisition was $10 million.

Second, the Santa Ana dispensary location is close to the South Plaza Mall — which has about 24 million visitors a year and is just 10 minutes from Disneyland and its 18 million visitors per year.

Planet 13 looks to expand that Santa Ana location and make it a superstore — similar to the one in Las Vegas.

This would be a huge attraction for tourists in the region — again, just like the store in Las Vegas.

I think the price target of $6.15 is low, but it won’t hit that until we’re past the pandemic and tourism starts to ramp back up.

But to experience those gains, you need to jump into Planet 13 now.

Now, I want to look at how our Cannabis Watchlist has performed.

Let’s just say that our gains are impressive.

As a whole, the average gain on our positions is 43%.

Those gains blow past the broader market.

The iShares Core S&P 500 ETF (NYSE: IVV) is only up 6.6% since I put the first three cannabis stocks on our watchlist.

Here’s a deeper look at the watchlist:

If you invested when I made those recommendations, congratulations on your gains!

That’s all for now. 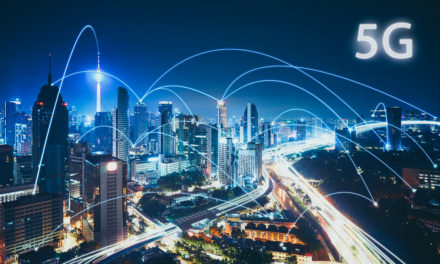 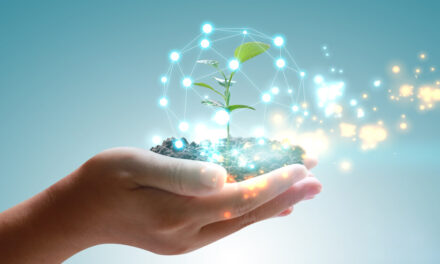 CNRG: A Clean Energy ETF for the Biden Boom