Equities are on pace for a second straight day of big gains on the potential “flattening” of the coronavirus curve in hard-hit U.S. states, plus stocks to watch today in the Money & Markets Opening Bell.

All three major U.S. stock indexes are poised to rally for a second consecutive day as investors seem more comfortable with risk on news the coronavirus outbreak may be peaking in states hit hardest.

On Monday, Wall Street rallied more than 7% after the governors of New York and New Jersey said their states, hot spots of the COVID-19 virus, were showing early signs of a slowing of the outbreak.

Some analysts warned against complacency as the death toll in the U.S. reached 11,000 and global infections reached more than 1.3 million.

“Even if we have reached the peak, the lockdowns around the globe may be extended for a while more as governments may want to ensure that the virus has indeed been contained,” Charalambos Pissouros, senior market analyst at JFD Group, said.

Still Battling the Bear: Despite Monday’s bounce, which marked the biggest daily percentage rise for each index since March 24, the S&P 500 is still more than 21% below its mid-February record closing high — remaining in a bear market.

Wall Street’s fear gauge has steadily retreated from 12-year peaks, but volatility is expected to remain high as companies prepare to report first-quarter earnings and outline plans to bolster cash reserves to ride out the economic slump.

S&P 500 companies are expected to enter an earnings recession in 2020, with profit declines in the first and second quarters, according to IBES data from Refinitiv.

Tesla Inc. (Nasdaq: TSLA) — After closing up 7.5% on Monday, shares of the electric automaker were 3.8% higher on the news the company is close to unveiling a new Model 3 sedan with a longer range than its base model.

Macy’s Inc. (NYSE: M) — The department store company announced that chief financial officer Paula Price will leave the company less than a week after it was dropped from the S&P 500. Shares of Macy’s were up 11%.

Boeing to Halt All Aircraft Production

Boeing Co. (NYSE: BA) is suspending the production of the 787 Dreamliner aircraft in South Carolina, bringing all of its production of commercial airplanes to a stop.

The company announced the stoppage of production at its North Charleston facility after South Carolina Gov. Henry McMaster issued a stay-at-home order for the state. The news follows Boeing’s announcement to indefinitely shut down its commercial airplane factories in the Seattle area on Sunday.

The layoffs, according to CNN Business, will be at the company’s plants in Canton, Mississippi and its two facilities in Tennessee in Smyrna and Decherd. Nissan said its plans will remain closed through late April.

On Friday, Trump imposed a ban on exports of N95 masks, surgical gloves and other equipment. But on Monday night, Trump said 3M Co. (NYSE: MMM) agreed to produce 55 million masks a month and export 167 million masks made in its facilities in China, according to Bloomberg. 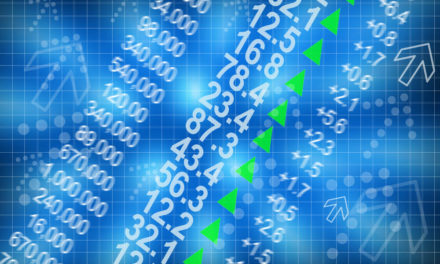